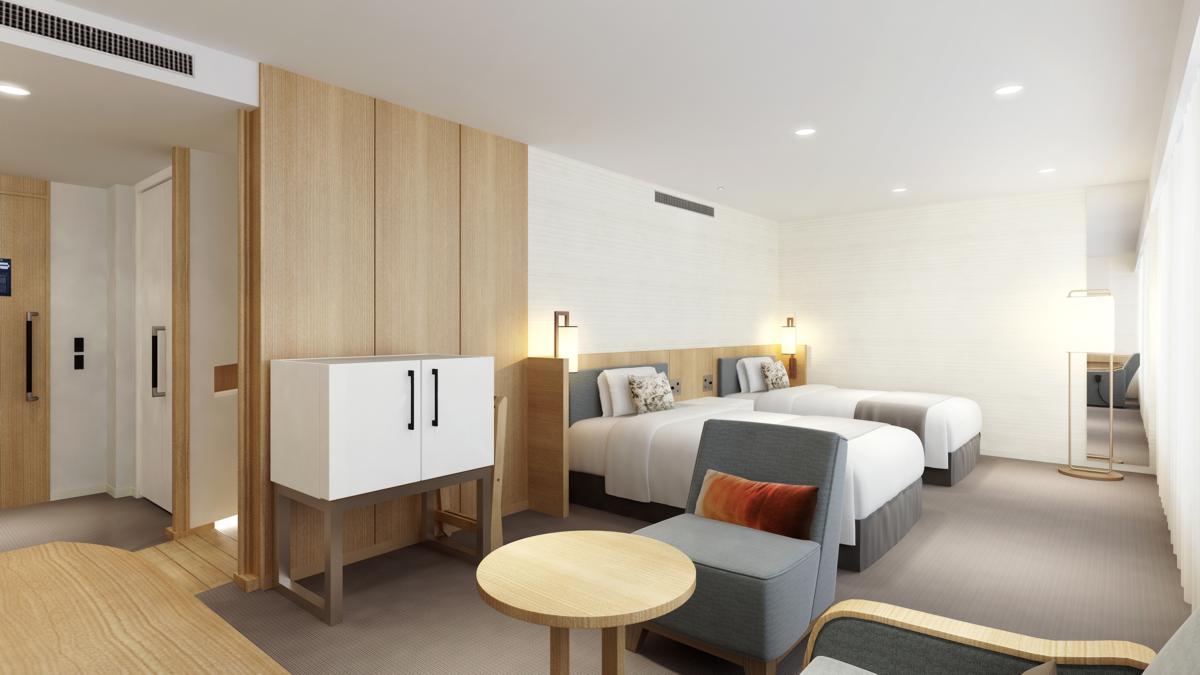 Current universal design guest rooms were created in 2002 and their increased ease of access and greater functionality have been favorably received by a large number of various guests during the past 16 years. The current round of renovations is part of the Keio Plaza Hotel Tokyo’s policy of offering higher levels of satisfaction to customers with varying medical and other special needs who also seek elegant accommodations at Keio Plaza Hotel. Also, the renovations will expand the size of bathrooms and add new furniture with greater functionality, while maintaining the basic functionality concepts of “adjustable” and “adaptable”, which have been favorably received. At the same time, special lighting systems will be created for guests with visual impairments and other special features will be created for guests with hearing impairments.