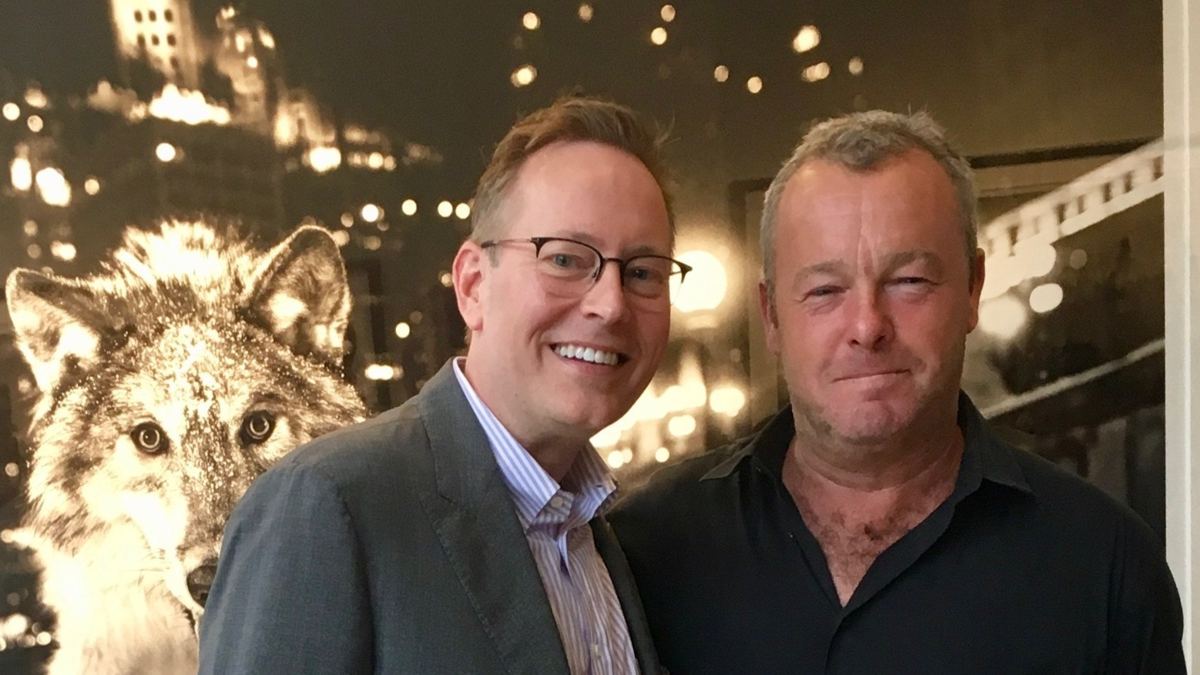 Legendary photographer David Yarrow recently unveiled Sweet Home Chicago, a limited-edition photograph, made exclusively for Hilton ǀ Asmus Contemporary. Yarrow, one of the world's best-selling photographers, has committed to donating a portion of the proceeds from the Chicago photograph print sales to the Chicago Police Foundation. During the unveiling reception, Yarrow spoke about the photo shoot, his vision, and what drew him to Chicago.

In November 2017, Yarrow was in town for the opening of his solo exhibition Wild Encounters at Hilton | Asmus Contemporary, a gallery located in Chicago's River North area. He was invited to attend the Chicago Police Foundation's annual fundraiser, the True Blue Event, where he met Chicago Police Superintendent Eddie T. Johnson and John C. Robak, Chair of the Chicago Police Foundation Board. The idea for the photo shoot came to him as he walked back to his hotel after the gala to support the Chicago Police Department. Inspired by both the event and Chicago's stunning architecture, Yarrow envisioned photographing a wolf using the famed architecture as a backdrop. Working with the City of Chicago, the Chicago Police Department, and the Chicago Film Office, the process began to scout the location and obtain the necessary permits and licensing. A few weeks later, he was back in Chicago for the photo shoot. From 11:00 PM - 3:00 AM, one cold evening, Yarrow and his team brilliantly photographed the wolf in the foreground against some of Chicago's most prominent architecture along its famous riverwalk. No animals were mistreated in this process.

Yarrow wrote (excerpted), "The city has the most visually intoxicating architecture in America and at the cross point of the river and Michigan Avenue, there is space to breathe and find a full frame, as opposed to a brutally vertical perspective. It is truly a stunning location, particularly at night. Taking my audacious and challenging preconception linearly through to its conception in the middle of a cold Chicago night involved a huge amount of teamwork and resolve and I thank everyone for their roles – especially the wolf and Chicago Police Department (whose charitable foundation will rightly benefit from [a portion of] the proceeds of print sales)."