Anne Frank House is one of the few museums that contains the most important values and meanings for the Humanity. I had the opportunity to interview Annemarie Bekker about Anne Frank House and the heritage of Anne Frank. 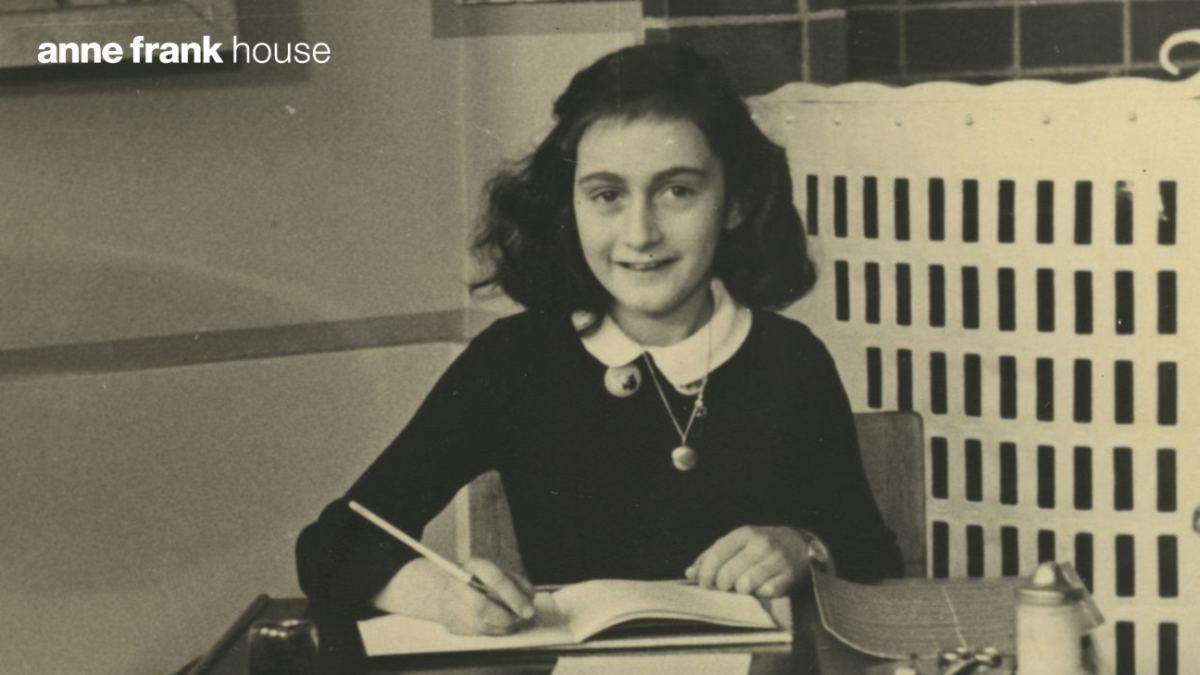 Anne Frank was a Jewish girl who went into hiding during the Second World War to escape from the Nazis. Together with her father Otto, her mother Edith, her sister Margot and four other people, she took refuge in a hidden annexe of her father’s business premises. She was thirteen. During her time in hiding, Anne wrote a diary, and she developed into a talented writer. The eight people in the ‘secret annexe’ hid away for 671 days, helped by Otto’s office staff. Then they were arrested and deported to concentration camps. Anne Frank died in the Bergen-Belsen camp, shortly before it was liberated. She was fifteen. Otto Frank was the only one of the people in hiding to survive the Holocaust, and he returned to Amsterdam. He arranged for the diary of Anne Frank to be published as a book, which has become a source of inspiration to people all over the world. 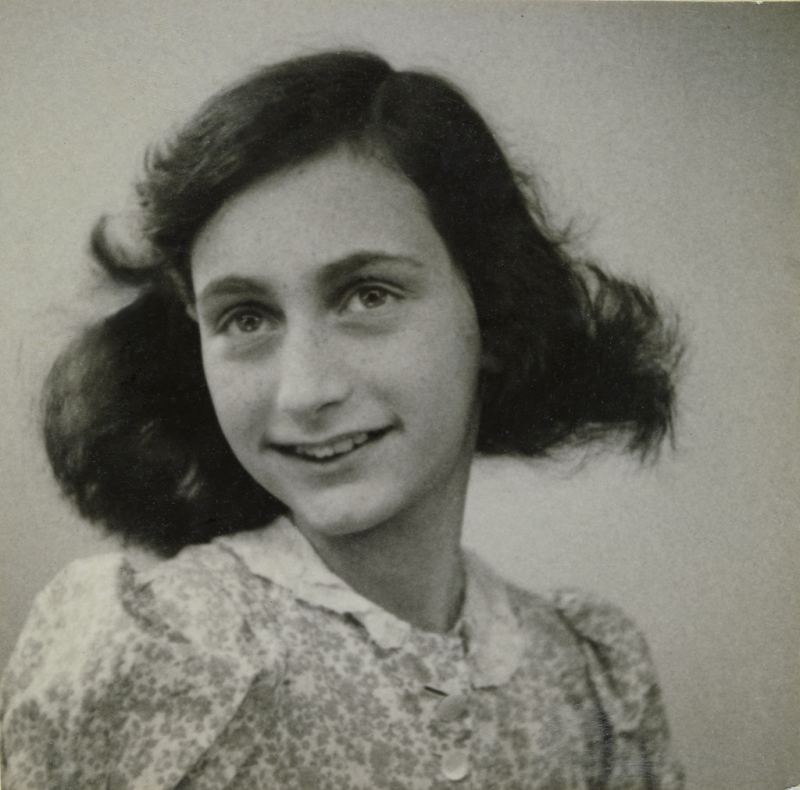 Annemarie, before start talking about Anne Frank House, I would like to learn more about you. When did you first read The Diary of Anne Frank? Do you remember what you felt when you read it?

I think I was 11-years-old when I first read Anne Frank’s diary. My parents gave it to me. I was impacted by her story, her honesty, and humor. When I reread the diary as an adult I admired Anne Frank even more; I was impressed by her way of thinking and by her writing talent. Every time I read the diary, I learn from this young, brave girl. 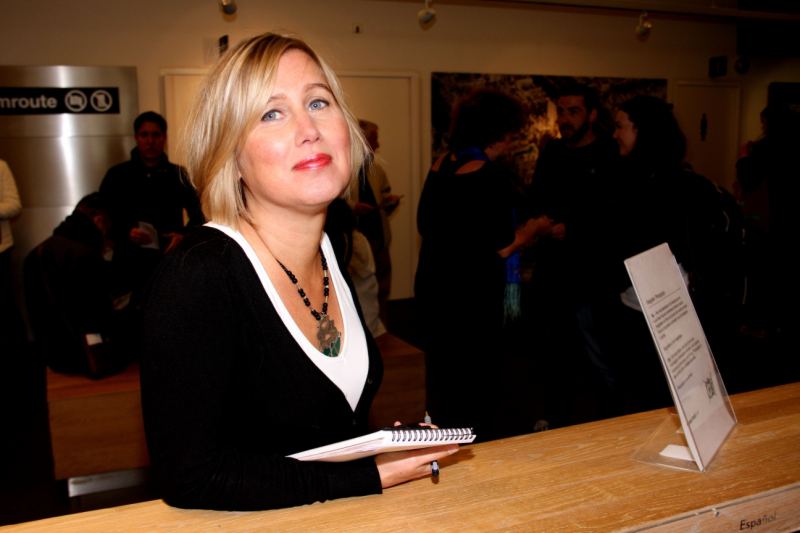 Could you tell us about your career? How did the story of Anna Frank, which lives 75 years ago, impact your career and life?

I work for the Communications Department at the Anne Frank House. For 13 years now. I feel privileged to work for this organisation, seeing how Anne Frank’s life story and ideals impact so many people all over the world. 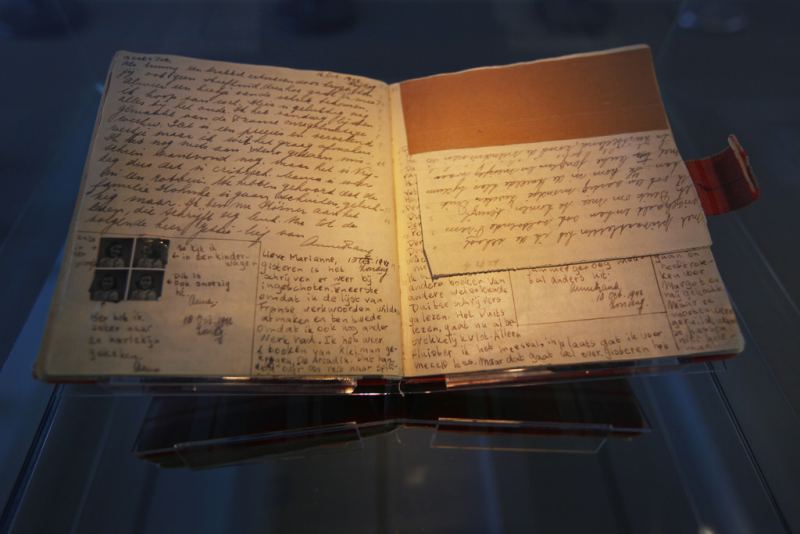 In your opinion, what does Anne Frank mean for human history?

Anne Frank’s life story helps to make the fate of millions of victims of the Holocaust personal and comprehensible. It is a story that begins with prejudice and preconceptions: issues that still lead to anti-Semitism and other forms of discrimination, exclusion and persecution in all parts over the world today. 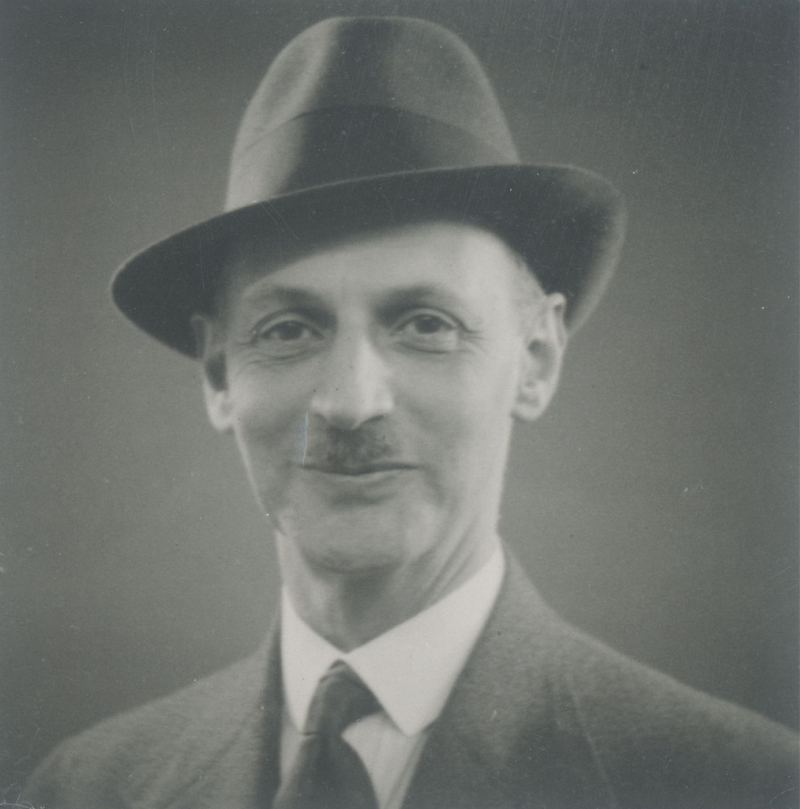 In Otto Frank’s words (1970): ‘We cannot change what has happened. The only thing thang we can learn from the past and realise what discrimination and persecution of innocent people mean.” 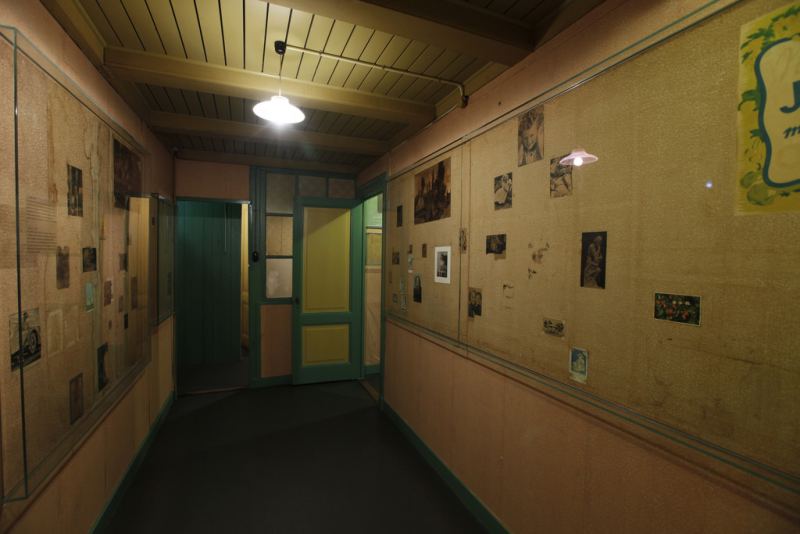 As Anna Frank House, you are keeping the Anna Frank heritage alive and moving it to the next generations. Could you tell us about Anne Frank House?

In cooperation with Otto Frank, on 3 May 1957 the Anne Frank House was set up as a charitable, independent, non-profit organisation dedicated to the preservation and opening to the public of Anne Frank’s hiding place, and to bringing the life story of Anne Frank to the attention of as many people as possible worldwide.

The Anne Frank House develops educational programs and products based on Anne Frank’s life story, with the aim of raising young people’s awareness of the dangers of Anti-Semitism, racism, and discrimination and the importance of freedom, equal rights and democracy. 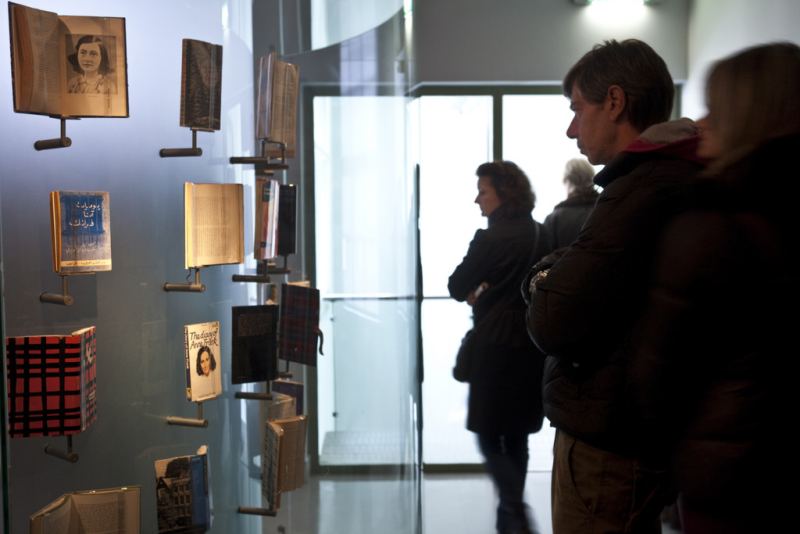 What can we see in the Anne Frank House?

The Anne Frank House is a museum with a story. Visitors experience this story through quotations, photos, films and original artefacts such as the bookcase hiding the entrance to the Secret Annexe, the pictures in Anne’s room, and her diaries.

The Secret Annex was left empty at the request of Otto Frank. The atmosphere in the museum is authentic and subdued. 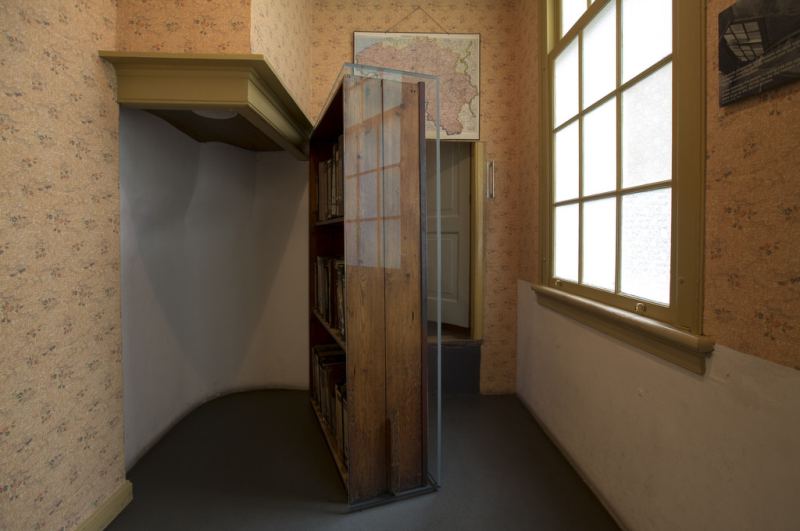 From which source can our readers, who have not a chance to visit Anna Frank House, find out more information about Anna Frank and her heritage? In how many different languages do you offer your educational materials?

In over 50 countries the Anne Frank House is involved in telling the story of Anne Frank. We produce travelling exhibitions and do educational projects with our partners. See: annefrank.org/en/about-us/what-we-do/worldwide-activities/ 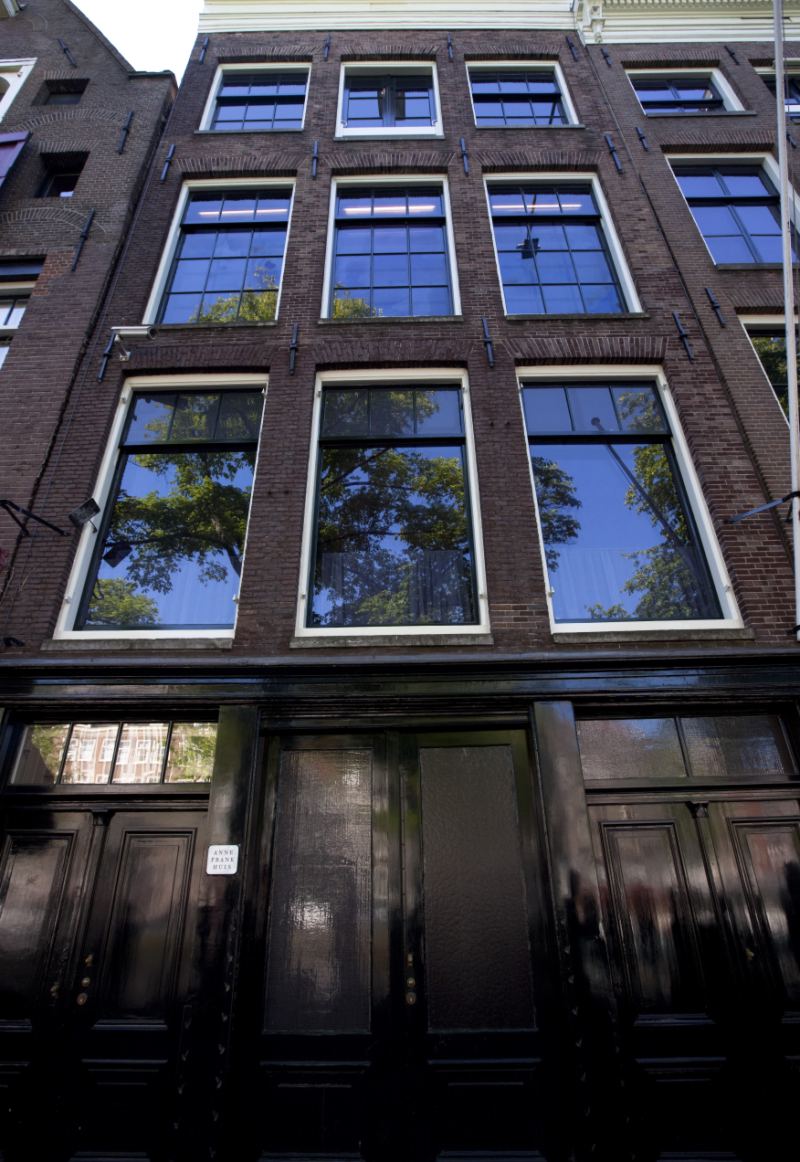 How can our readers find the Anne Frank House and buy their tickets when they come to Amsterdam?

The Anne Frank House can only be visited with an online ticket (via our website annefrank.org). 80% of tickets are released two months in advance. The remaining 20% are released on the day itself (during office hours CET).

The Anne Frank House is open daily, except on Yom Kippur:

How can our readers follow the Anne Frank House on social media platforms?

Anything you would like to add that I haven’t asked?

Thanks for the interview!

Thank you Annemarie for this informative and pleasant interview.