The solar panels will supply 15 percent of the annual electric use of the cheese making plant. 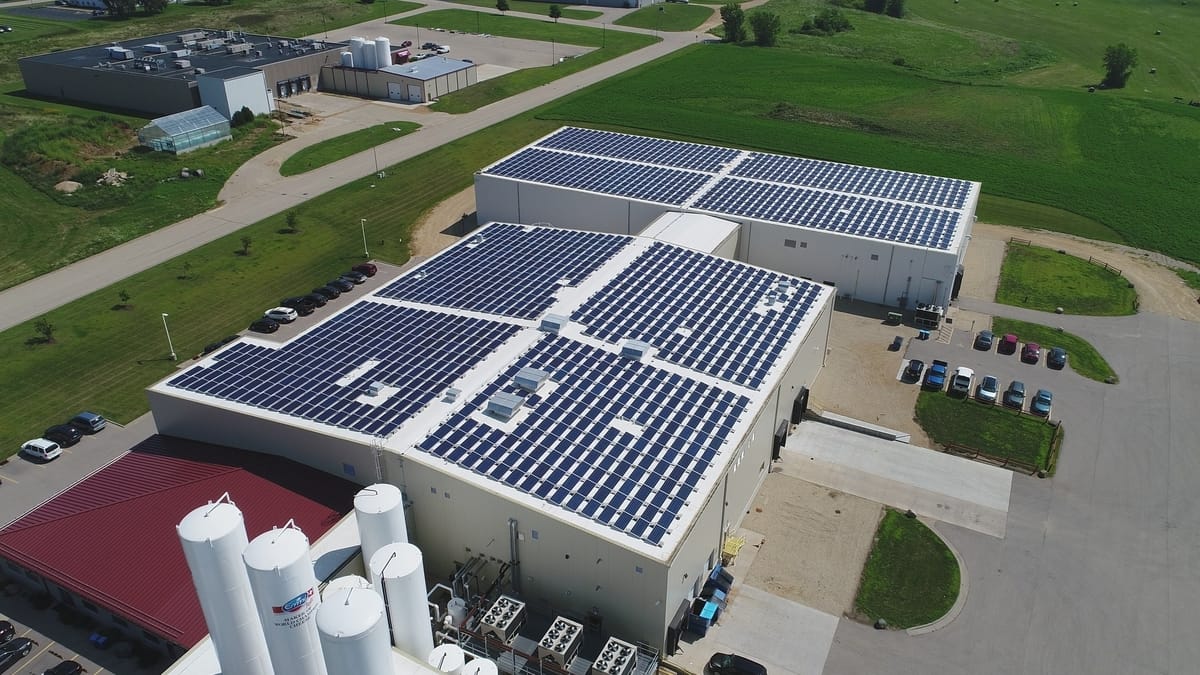 Initiated by an ongoing sustainability goal, Emmi Roth implemented 1,602 JA 330 watt panels on the roof of their cheese production facility in Platteville, Wisconsin.

Emmi Roth, a leading producer of specialty cheese, announced the completion of a solar panel installation at their Platteville, Wisconsin, plant. Initiated by an ongoing sustainability goal, Emmi Roth implemented 1,602 JA 330 watt panels on the roof of their cheese production facility.

The installation, managed by Eagle Point Solar out of Dubuque, Iowa, will reduce the company's carbon footprint by eliminating 14,000 tons of carbon dioxide emissions from the environment – equal to saving 1.4 million gallons of gas, recycling 43,000 tons of waste or reducing coal usage by 13 million pounds.

"There are many companies trying to live up to sustainability goals," said Jim Pullen, General Manager at Eagle Point Solar. "Emmi Roth is part of a group that actually makes these goals a reality and invests in the environment."

The solar panels will supply 15 percent of the annual electric use of the cheese making plant.

"We want to have the lowest possible carbon footprint we could have in the industry," said Tim Omer, president and managing director at Emmi Roth. "This is another step in our commitment to focus on sustainable initiatives, so it's very exciting for all of us here at Emmi Roth."

The company also recently invested in a new anaerobic digester at the same location in Platteville, Wisconsin, in an effort to lower operational costs and remain environmentally responsible for the waste being produced during their cheese making operations. Their investment in the anaerobic technology will also allow them to utilize biogas as a source of energy in the future.

Most Famous Industrial Designers of All Time

Luxury Homes for Sale in the Hamptons, New York