In the 2017-18 season, Audrey Robichaud won two gold medals in single and dual moguls at the Canadian National Championship. And she announced her retirement at the end of the season. I had the opportunity to interview Audrey Robichaud about the importance of individual sponsorship in winter sports. 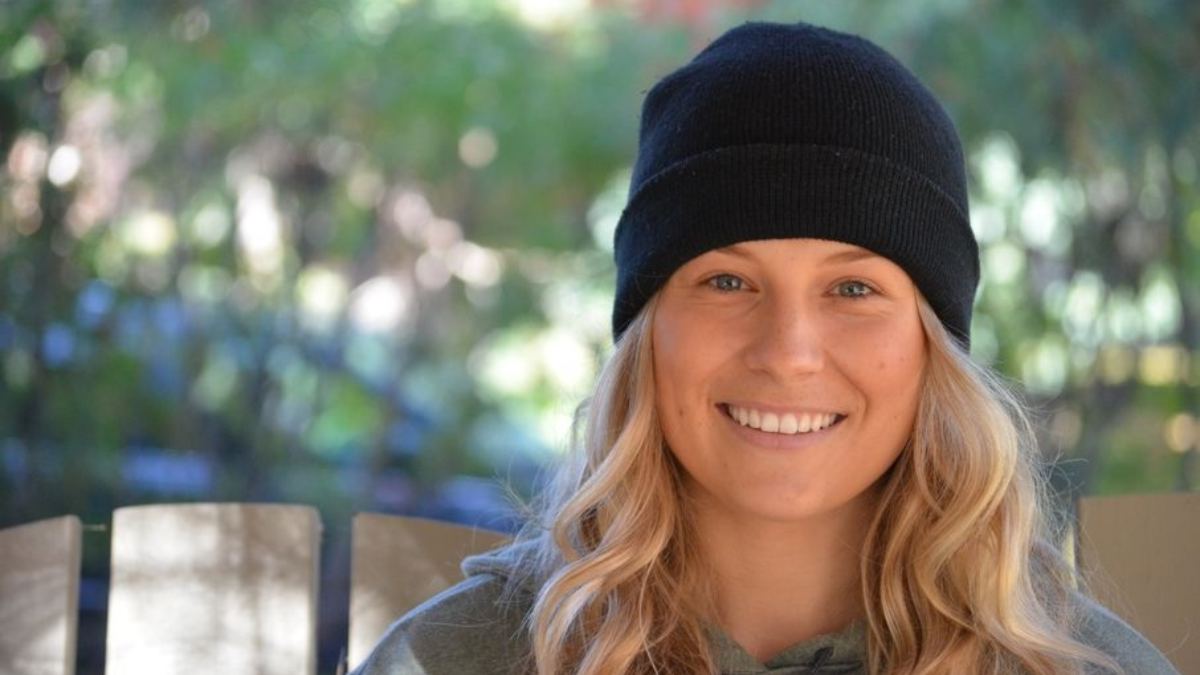 Audrey Robichaud has been skiing since she was 4 years old, and she selected to the Canadian National Team in 2004. She won the FIS Rookie of the Year Trophy for moguls in the 2004-05 season. Throughout her career, Audrey has earned 10 World Cup podiums and she qualified for 3 Olympic games (2006, 2014 and 2018). In his long and successful career, she has gained a lot of experience about sponsorship. I had a chance to talk with Audrey Robichaud about her career, achievements, and the importance of individual sponsorship in winter sports.

Audrey, what does skiing means for you?

Skiing is fun! It’s also my passion. I have been involving with skiing for over 20 years so you can understand that its all my life.

How did you discover the skiing passion that takes you to the snowy hills? Who or what encouraged you?

My parent signed up my brother and me in the Le Relais Club when we were 9 and 7. It was right after Jean-Luc Brassard had won his Olympic medal so the sport was growing in popularity. At first, I was super upset with my parent because I thought I was going to be the only girl skiing moguls in the club. Obviously, I was wrong and after the first training, I was hooked! 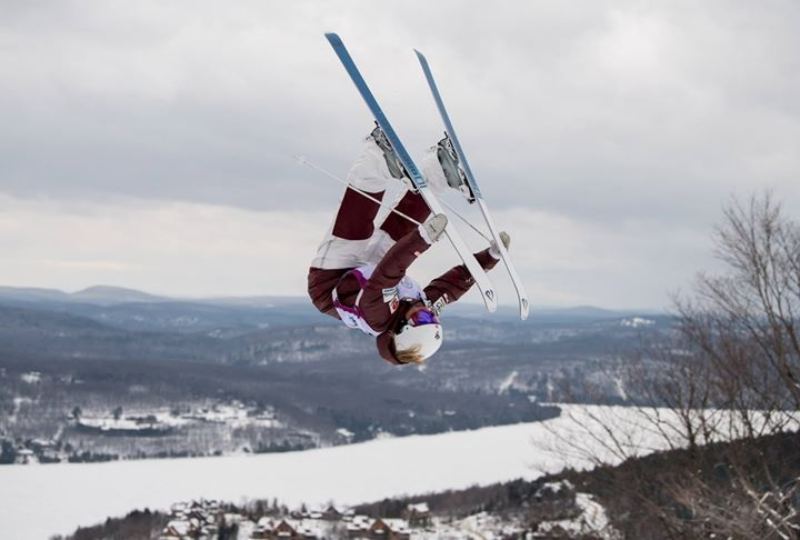 Could you tell us about yourself and your freestyle skiing / Moguls career?

I starting skiing when I was 4. My parent thought me how to ski very early on. I started mogul skiing at age 7. Then I made the Québec team at age 13. I did really good on my last year on Québec team so I was promoted to the Canadian team when I was 16. The year after, I made it to my first Olympics at 17 in Torino, Italy. Then after Torino, I tried to qualified for the Vancouver Olympic but fail. Decided to keep going and persevere and I ended up qualifying for my 2nd Olympic in Sochi in 2014. Last March, I finally decided to retire from mogul skiing after qualifying for my 3rd (and last) Olympic game in PyeongChang.

You have a lot of success in your career. Could you tell us about your achievements?

I won the rookie of the year trophy when I was 16 for the world cup tour. Qualified for 3 Olympic games (2006, 2014 and 2018). I competed in 130 world cups. I ended up on the podium 10 times in my career, twice won gold at world cups. Also participated in multiple world championships. I am also a multiple Canadian Champion in both single and dual.

How did you decide to announce your retirement? What is next for you now?

I knew I was going to be done after PyeongChang. I wanted to end on a high note. I knew competing at the PyeongChang would be the perfect time to do it. Ending my career like that and healthy was super important for me and the timing was perfect. I really felt like I was ready to move on from skiing. I still love the sport so much but I felt like I needed to do something else. Try to get my 'real life', started as I like to call it. I am now back to school (just started Tuesday :) ) in the hopes to complete a bachelor degree in Sport Intervention at the Laval University in Québec City. 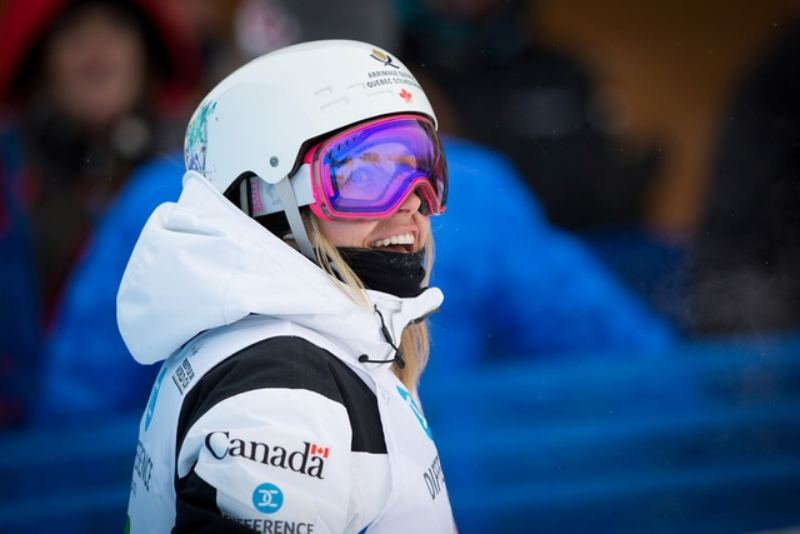 Injuries are a huge part of it but also the financial burden of paying for your sport. I know a lot of athletes that have quit skiing competitively because they either got hurt and couldn’t make it back to the same level before their injury or because they could not afford it. Freestyle skiing comes with a lot of expenses and it's not everyone that can pay for it. It’s not only just the cost of living but also the cost of your training camps and the competition. Because freestyle skiing is a winter sport, we need snow and the only way to find that is by traveling. I think in Canada we are very lucky to have glaciers such as Whistler/Blackcomb in British Columbia but most of the time we do have to go across the world to find the facilities we need to train.

How could freestyle skiers solve these problems? What is the permanent solution?

That's a great question…I myself couldn’t quite figure it out during my career. Maybe I think if our sport was to get on tv more often or have a bit more interest, there would be a little bit more money involved. I was lucky that I had my personal sponsors to help me pay for my expenses but it's not everyone that have the contacts to have a sponsor. I honestly not sure how to make this better because it seems like you only have to be winning (a lot) to finally make the big buck. Which is not a reality for everyone...

Winning!!! Hahaha but seriously that's not all of it. You have to be a good role model, have a great work ethic and be well spoken. Having some contacts in different industries does help too.

I was involved with Cascades (the toilet paper company) for many many years…They dropped me after the Sochi Olympics. I had a good relationship with them (so I thought) but at some point after Sochi, I didn’t hear from them for a while and I was having a hard time getting paid for my season. My contract also ended after the season so I was looking to hopefully re-sign with them. And you have to understand, sponsors like that don’t come so easy. So this was a major bummer when finally in the late summer they told me they wouldn’t help me again. I was seriously doubting if I could keep going if I didn’t have a personal sponsor…And when fall comes, it’s a little late to be looking for a major sponsor. So I start to look, sent my resume to different places. Tried talking to VP of companies…I am not very good at selling myself. I always felt pretty uncomfortable with the concept of it. Its also very discouraging when you are told "sorry we can’t help you" or "try next year" etc etc. My dad ended up talking with one of his friend that works in the same environment as my dad at that moment and we ended up signing a contract for 2 years with them then after the two years, we resigned with them until PyeongChang. I am so grateful to them because they Arrimage Québec / Québec Stevedoring came and save the day for me. They stepped up in a very vulnerable time in my career. I will be forever thanking them for giving me a chance and making me feel like I am part of their family.

Did you have sponsors that you have been collaborating with since the first days of your career?

Yes, my first sponsor I think was either Scott Sport or Volkl. I worked with Scott until my retirement which I am extremely proud of, and Volkl I had to switch skis just last year for the simple reason that they stop making mogul skis. 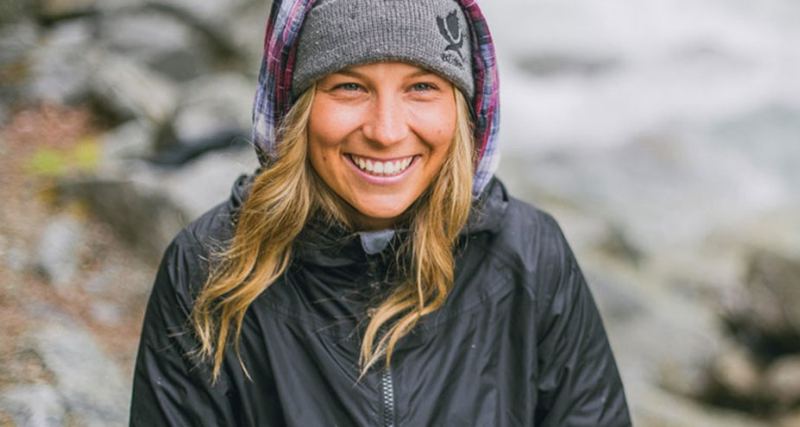 It depends from one sponsor to the other. Mine was wearing their name on the front of my helmet/tuque. Mention them if the occasion is there. I think mostly to be a good role model for the company. To be available for the certain event and also drop their name at media during interviews and things like that. Obviously, they expect you to be exclusive to them.

How many different platforms can freestyle skiers represent their sponsors throughout the year?

Training camp and competitions are the main one but this happens just a few times per year. You can use your social media platform to represent your sponsor all year long (except at the Olympic games which is another subject that probably needs some changing). I tried to tag my sponsors as much as I could on skiing related post. I was not obligated to do it but I loved giving them the chance to be seen more often than not. I was really proud of my sponsors too so I really wanted to show them off!

What are your expectations from your sponsors?

I am expecting them to hold the end of the bargain. As simple as that. Respect deadlines and respect my image. In return, I will do just the same.

What are the main factors that affect the continuity of sponsorship?

I am not sure…with my previous experience, mostly money was in the equation. If the company didn’t have a good financial year, they could decide not to sign you again. But I am sure there are other reasons but I never experience anything else.

Do you have any advice for freestyle skiers who want to pursue a professional career?

What do you think about social media? How did it affect the popularity of freestyle skiers? How can our readers follow you?

I’ve always been super connected when it came to social media. I am close to my followers and I like to see what they say. It never was a negative experience for me which is great. I know it can be different for more popular athlete but for me, my 3000 followers on Twitter, Instagram and Facebook have always been very nice to me and they’ve always cheered me on. It is a great tool to get people to know you or just to share your different experience. My handlers are @audreyrobichaud for Instagram & Twitter and I have a facebook athlete page at https://www.facebook.com/AudreyRobichaud1/

Could we have a chance to see you again in competitions?

Not in freestyle skiing. I would like to run a half-marathon or something like that in the future but just for fun!

Thank you Audrey for this enjoyable and informative interview.