Interview with Eugene Kuzmin, Founder and CEO of Morza, about Morse Code and Bitcoin Bracelets

Eugene created the Morza with the idea that people could describe themselves by using Morse Code symbols. I asked Eugene Kuzmin about his idea and Morza. 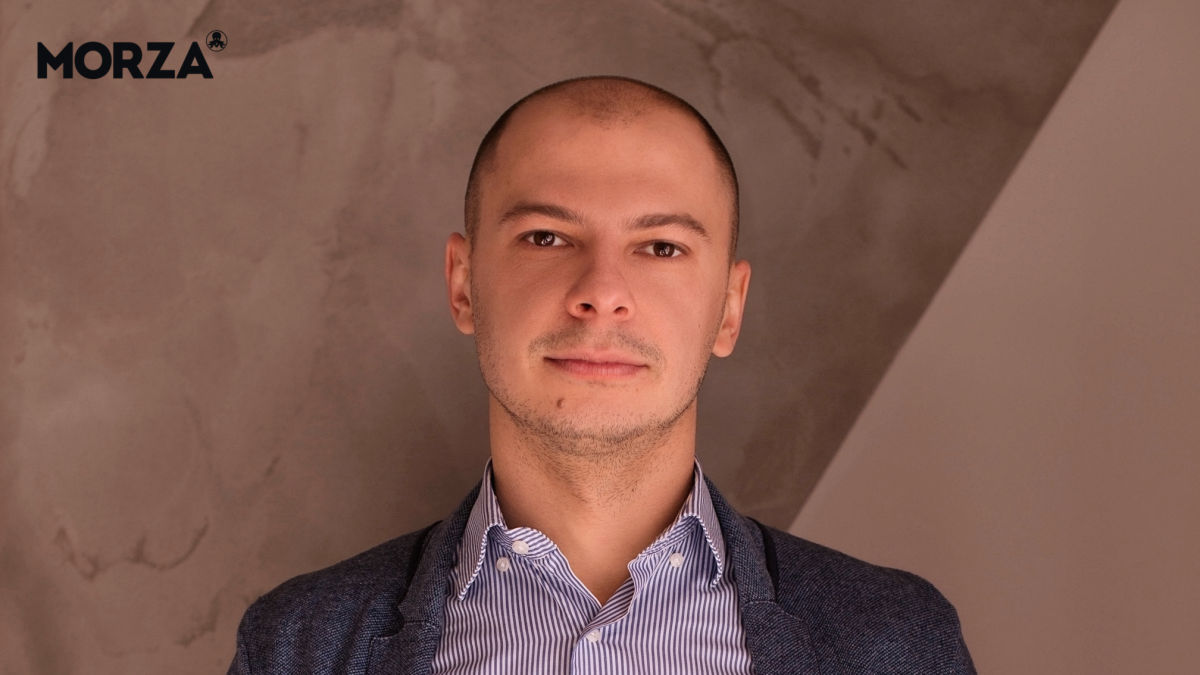 Morse code is the basic structure of the telegraph system which forms the basis of today's communication since 1835. It is currently used as the substructure of many communication systems, but in popular culture, we only hear about it in the disaster movies. Eugene has redesigned this code, which is a jewel for humanity, a jewel that can be used in our daily life. I talked with Eugene Kuzmin, Founder and CEO of Morza, about Morse Code and Bitcoin Bracelets. 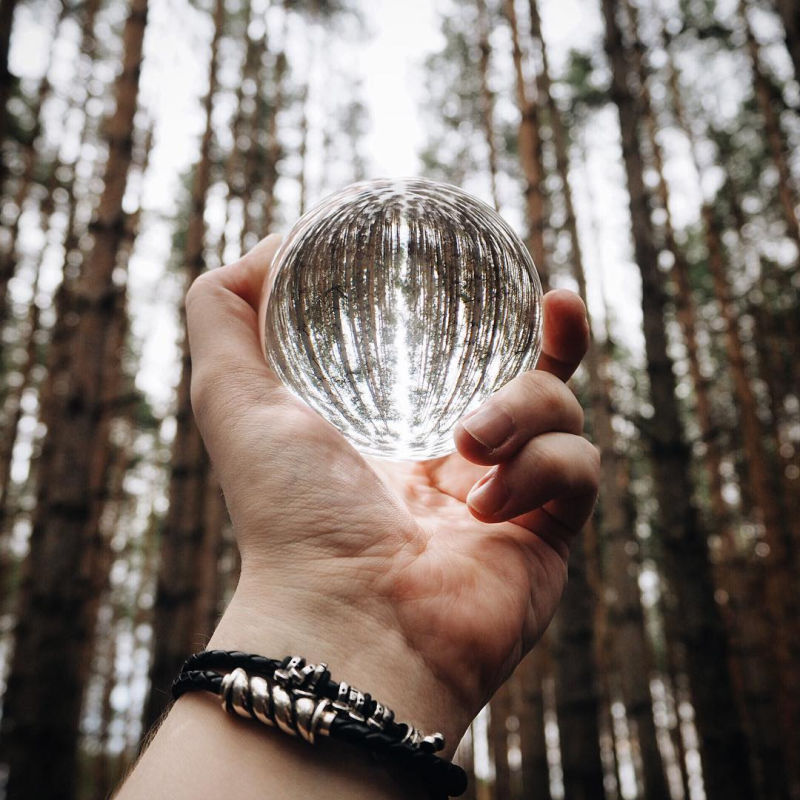 Eugene, before start talking about MORZA, could you tell us about yourself?

I am an entrepreneur from Kiev, Ukraine. The Morza brand is an expression of my sense and spirit.

I’ve been working for many years in big companies and started my career from a junior specialist to a senior position. However, I felt discomfort that I didn’t have an opportunity to realize my full potential. For this reason, something inside me like a small flame lightly started to light up.

I’ve always had a dream to have my own business, my own brand in the development of which my creativity would not be limited by corporating rules and structure. Where I could be responsible for all decisions, where during the creation of a new product I won’t need to wait for confirmation of all company departments.

While I was developing in the personal and business of directions, I acquired skills to transform my dreams into goals. However, there was one small problem - I was always defocused and often lost sight of my goals in daily routine. Keeping your goals in mind often is not enough. I wanted something like a symbol of my dreams to have with me. While I was traveling all around the world I figured out that it becomes more popular among men to wear bracelets. In one of my trips, I noticed my observation about it.

I attended many business events and as a result, it gave me new acquaintances. 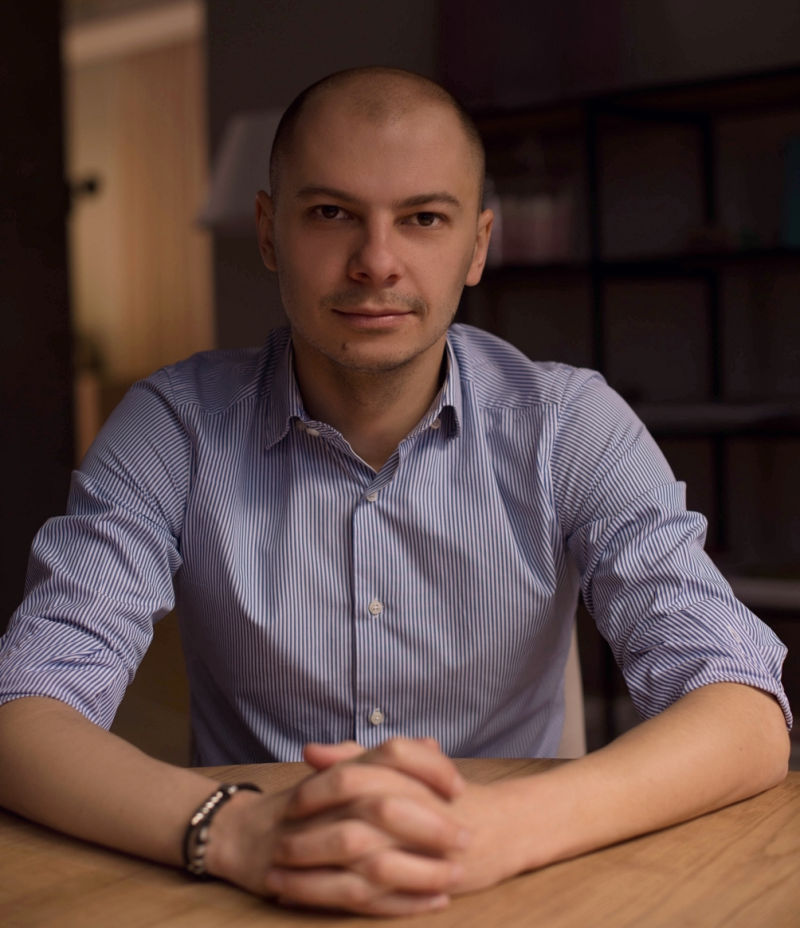 How did you come up with this idea? What or who inspired you to implement Morse code to jewelry?

At one of the events, I met sailors who decided to become jewelers. This casual acquaintance struck up a friendship.

One evening I was talking with my friend and I caught an idea that led me to realize my dream to have own business. I have combined my observations about the trend of wearing bracelets and my own goals to have a reminder about purpose. The idea to create a bracelet in which you can have your dream and no one will be able to find out about it came up. I came to my old mate sailors jewelers with such an idea.

So such the brand Morza bracelet was born. The bracelet indicates the way to your dream and goal. 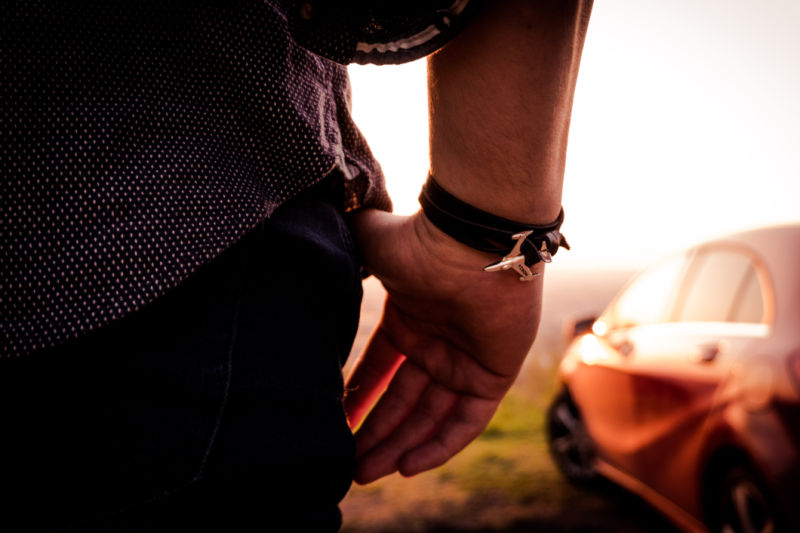 Could you tell us about MORZA?

Sometimes you run, get lost in a crowd of people without a goal, being on the way without a final destination. But it is not only your problem. Humanity is always in a hurry -to reduce the distance, it sought to speed up the time.

One of such attempts was the Morse code. With that, almost 200 years ago, we were able to convey the message instantly and crossed oceans, thousands of miles away and hundreds of travel hours. The first time in history, the world has become for the people, not everything, but only part of the universe. Searching such an anchor in the past, we decided to create an anchor for the future.

Exactly born MORZA bracelets -points the way. Using Morse code(a set of beads, that symbolize the dot and dash. "" "-") You code dream, goal, future plans in your bracelet. And every time you look at it, you will remember why you're here, why you woke up today and where is your next destination point. 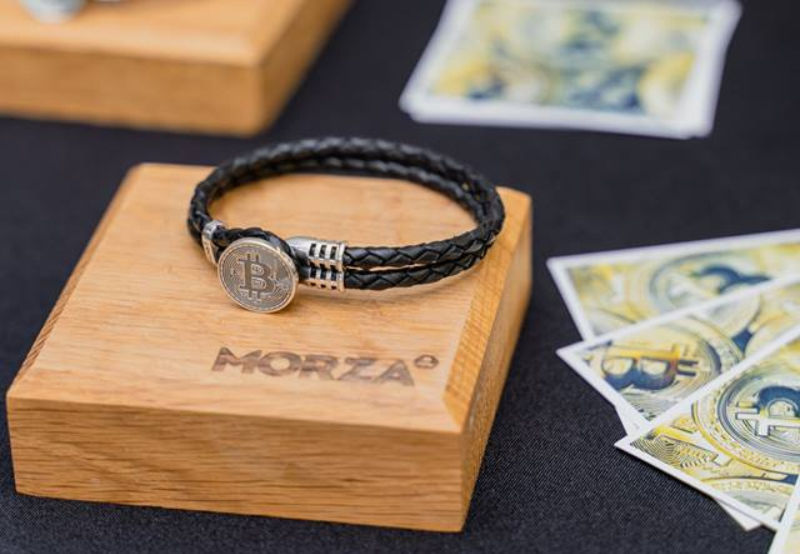 What are your favorite materials do you prefer to use in your designs?

The bracelet, made of high-quality leather, retains its color and has been repeatedly tested for durability.

And we use sterling silver of 925 sample on clasp and beads. 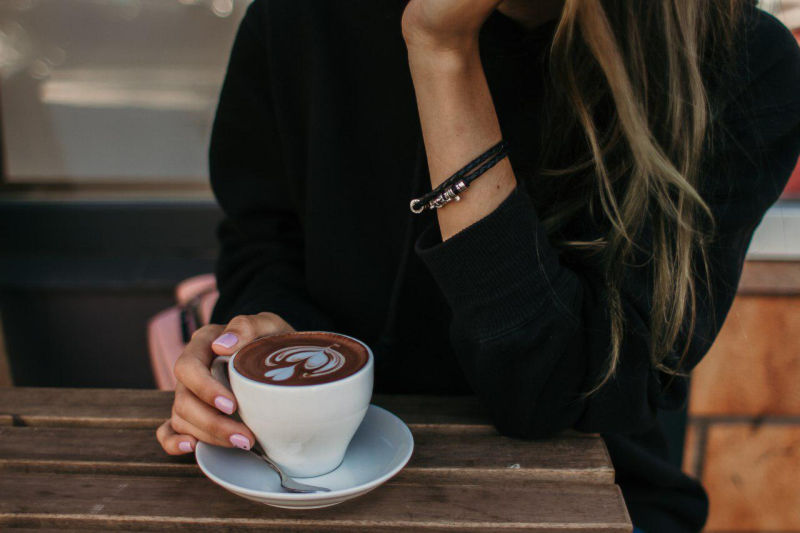 Could you tell us about your bracelets and their common features?

Every bracelet has a story behind. For example, one of the popular model “Magellan” you can see an octopus on the clasp - our brand logo. On the sides, you can find the coded year of the first circumnavigation in 1522 by Magellan expedition. The unique clasp that resembles a piece of rope (as a symbol of the connection between past, present, and future) consists of a 5-turns, to the number of ships that came out in the first round-the-world journey: Trinidad, San Antonio, Concepcion, Santiago and Victoria Bracelet “Kraken” - on the clasp depicts the legendary sea monster in the shape of an octopus. On the other hand clasps the silhouette of a sailing boat Viking “Drakkar”, according to the legend on one of these boats, the team, under the leadership of Norman Leif Erikson (Leif translation - Lucky) requisitions of their fear of the unknown the sea, reached the shores of America in 1004. What is considered the first visit to the mainland, which occurred at V centuries before Christopher Columbus? Hook marine hook that passes through the head Kraken - that symbolizes strength courage and victory over his own demons and fears.

One of the particular models is the Bitcoin bracelet. This bracelet can be easily given to people who are familiar with Blockchain and ICO. So now every Bitcoin-bracelet’s owner at any event can recognize like-minded people only with one glance at the bracelet.

Even if a person doesn’t have a crypto-wallet or not so well familiar with a new currency, you can open a new world with this great present. If you wish, you can buy and top up your account with the popular cryptocurrency a little bit. After all, everyone will be surprised not once with the bitcoin rate. Excellent investment in the currency of the future with a stylish bracelet.

The price range of the bracelet from 95$ to 235$. Each bracelet we pack in a special box. Our client can choose a color of the box.

How do you decide to design a new jewelry? Do you have a plan on the desk or only expect inspiration?

One of the ideas and philosophy of Morse bracelets is that people code their dreams and goals and when reaching them they become happier. We want that happier people to become more and more.

We don't have a clear plan for creating new products and we also don't expect inspiration. We create products once a quarter and this is not the main goal. Particularly we create a range of the bracelets by using words that are coded into bracelets.

Usually, we design a new when we find out a great and legendary story.

What do your designs want to say?

As I mentioned before is that happier people in the world become more.

People who achieve goals or their dreams are much happier. 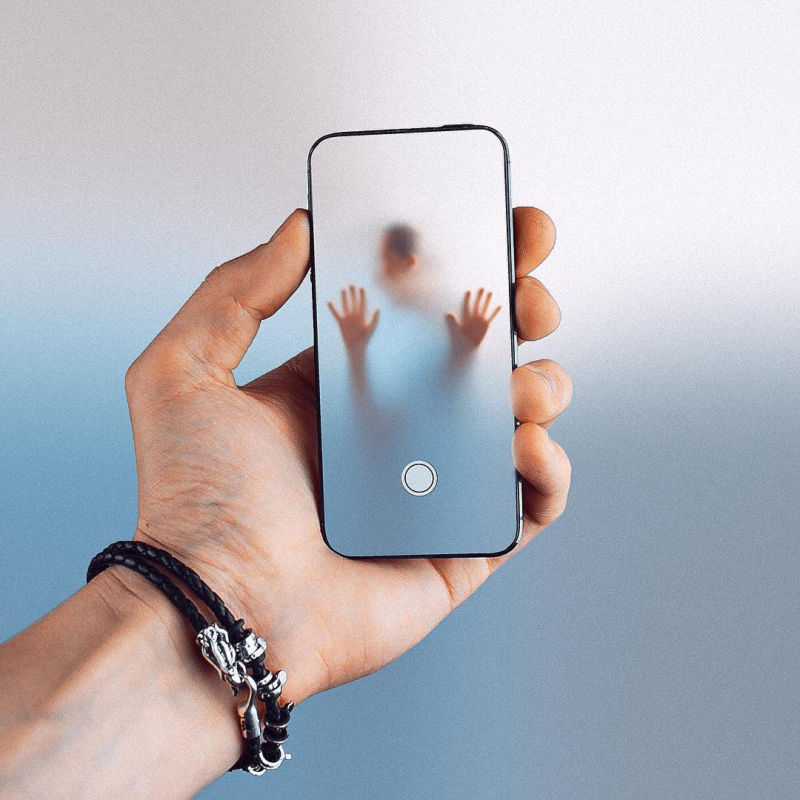 Could you tell us about your atelier and your team?

Our team consists of 5 people and this is enough at the moment, everyone has clearly defined functional responsibilities.

We are a brand with a philosophy of freedom, so we do not limit anyone to the scope of office space.

People who work with us are involved in the brand idea. And this is cool, when you are moving together with open-minded people, you can feel such power.

Where can our readers buy MORZA designs? 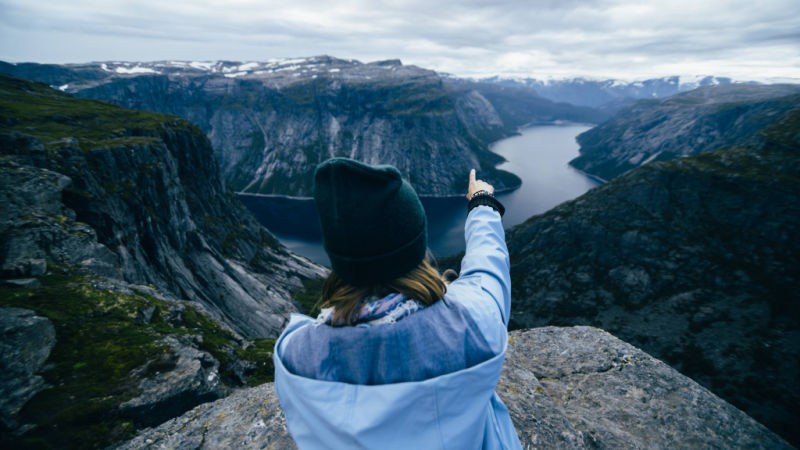 Sales around the world. We want to sell actively in Europe and USA