Roope Tonteri is the first snowboarder ever to defend Big Air World title. How did he do this? I had the chance to interview Roope Tonteri, and I asked him about his successful career and to learn his experiences and opinions about the importance of individual sponsorship in snowboarding. 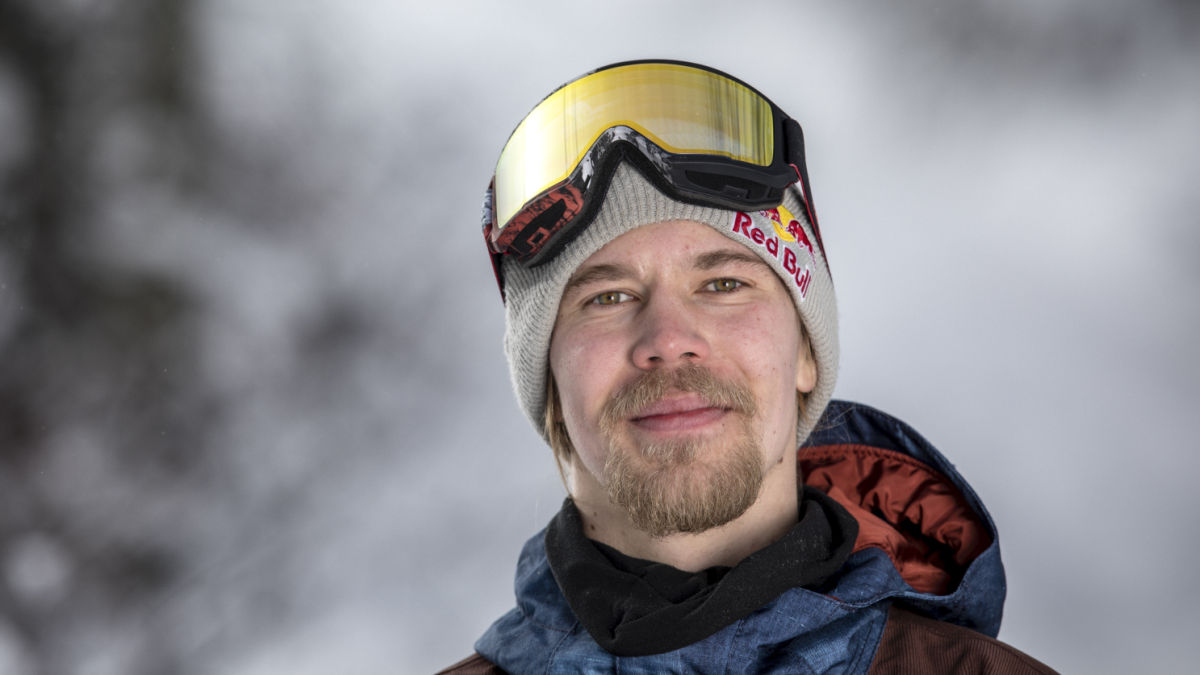 In 1992, maybe Kouvola city did not know they were welcoming their snowboarding hero Roope Tonteri. He started skiing at the age of 4, get his first snowboard when he was 7, and his successful career has begun. In 2013 and 2015, Roope wrote history by winning the Big Air Championship twice in a row at the World Snowboard Championships. The wide range of brand types that he working with, gives him a different point of views about sponsorship. In addition to getting information about his snowboarding career, I talked to Roope Tonteri, Three-time World Champion, to learn his opinions about the importance of individual sponsorship in snowboarding.

Roope, how did you discover the snowboarding passion that takes you to the snowy hills? Who or what encouraged you?

I think my story is really classic. I started skiing when I was 4 years young and then I guess I saw snowboarders on the slopes and wanted to try. Also, my parents were snowboarding a little bit.

My first experience with snowboard I can remember was in my backyard and my mom’s old board with hard boot bindings and I just tried to stand on it. Then 1999 I got my own board for Christmas present. 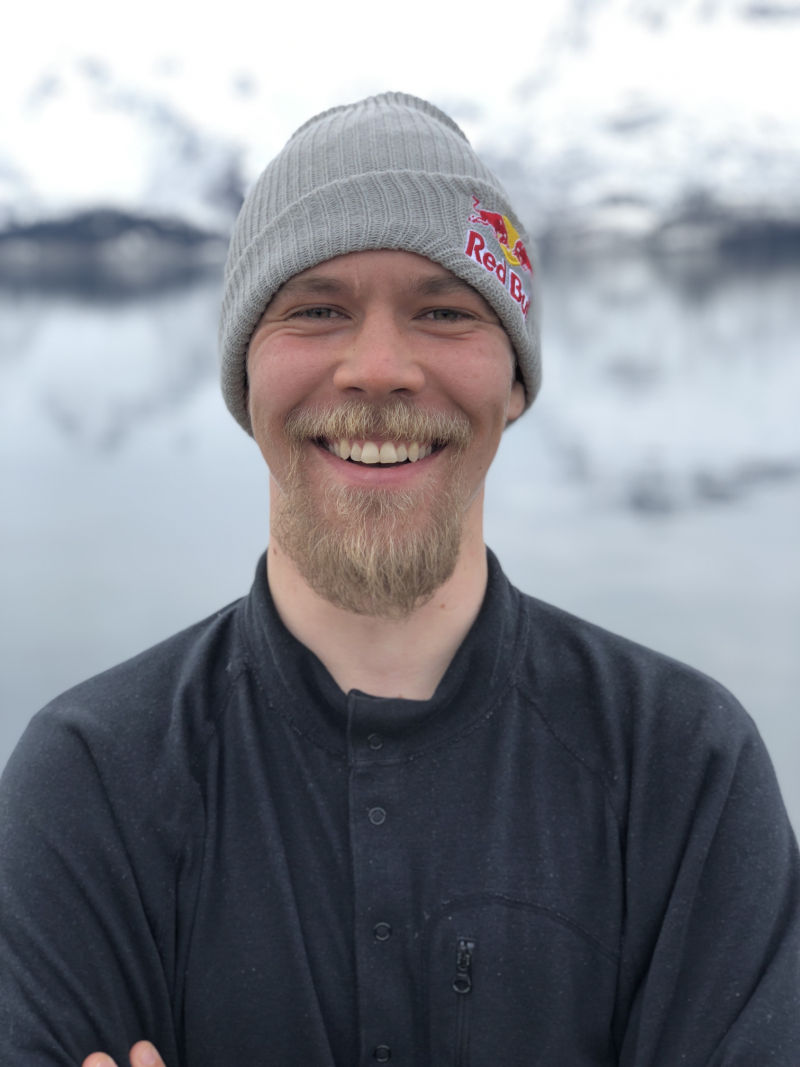 I would like to learn more about your life, could you tell us about yourself?

I’m the guy from the woods. I live in the small cabin next to a lake and try to live as organic I can.

I get fish from the lake, my mom has a garden where I get all the green stuff and I have friends who are hunting so I buy meat from them.

Of course, when I’m on the road is a bit different and we travel around the world it can get pretty hectic sometimes but I think that’s one of the reasons why I choose to spend my free time as far away from big cities.

I have graduated from tourist services producer school and now I am studying forestry and lumberjacking.

When I am not on the road I like to skateboard, go fishing, do tractor work and take care of my forest.

You are the first rider ever to defend big air world title. Could you tell us about your snowboarding career?

Snowboarding is a lifestyle for me, always been and always will be. It’s been a crazy ride already with World champions and other contest titles. I really enjoy competing but as we are not getting any younger last few seasons I also been trying to go ride more powder and big mountains. There is still some much to learn in that side of snowboarding not just tricks but about mountains, snow and how to survive in the wild. 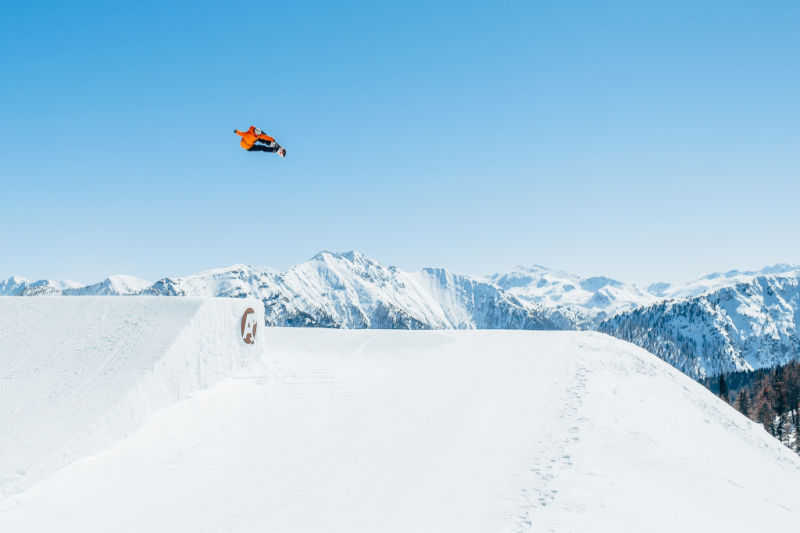 You have won a lot of national and international championships and awards in your career. Could you tell us about your achievements?

Well, it's an amazing feeling when you stand on the top of the podium. In my point of view the best one I have ever done its Burton European Open 2011 I was still a rookie and didn’t even imagine that I could stand on the podium.

Before the last run, I was in 3rd place and was thinking this is so crazy. I remember saying to my buddy Ville Uotila that I’m just gonna do a cruise run because two guys after me where already above me.

Just before I dropped in Ville scream at me that I should just go full in/all in.

I didn’t have any plan but in every hit I tried it to do my hardest trick and the last jump with cab 1440 was a cherry on the cake that was a first time I ever did that trick in my contest run and I could believe that it went first after my run and after two last guys still hold my spot. It took a couple days to even realize that I won. That was also my first big victory.

That was a turning point for me and I started to do it full-time snowboarding and traveling and competing all over the world.

Another good memory I have is from the 2015 World Champions I was up at the big air start for the finals and I told my coach that we should do a deal that if I win big air again we both gonna shave our heads hahaa! I think my coach hated me for a little while after that.

Also the same year same world champs but couple days earlier I got 2nd in slopestyle and my friend texted me a photo from an agreement we did in late hours during the summer that if I get another medal in the world champs he will tattoo my face on his leg. It made the news in Finland and so he kept his promise. I have been always thinking when he gets married or has kids what they gonna say when I‘m always watching hahaaa! 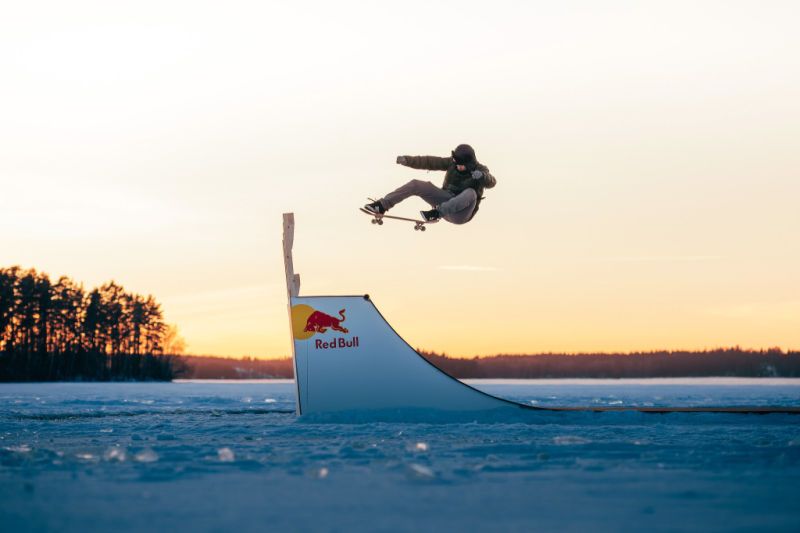 Do you miss snow powder while skateboarding? Is it just training or do you really enjoy?

Skateboarding is also way more for me than just skateboarding. It’s a lifestyle I grew up in when I was young.

I don’t have that much time for skating anymore but when I do go skate it’s like therapy for me I can just focus what I‘m doing on the board and forget everything else. I also really like to build skate ramp sits feels way different to skate something that you have build it by yourself.

Roope, what does snowboarding means for you?

Snowboarding is part of me and it never gonna go away. Would be sick to walk on the street when I’m 50 and people would think and that guy is probably a snowboarder. 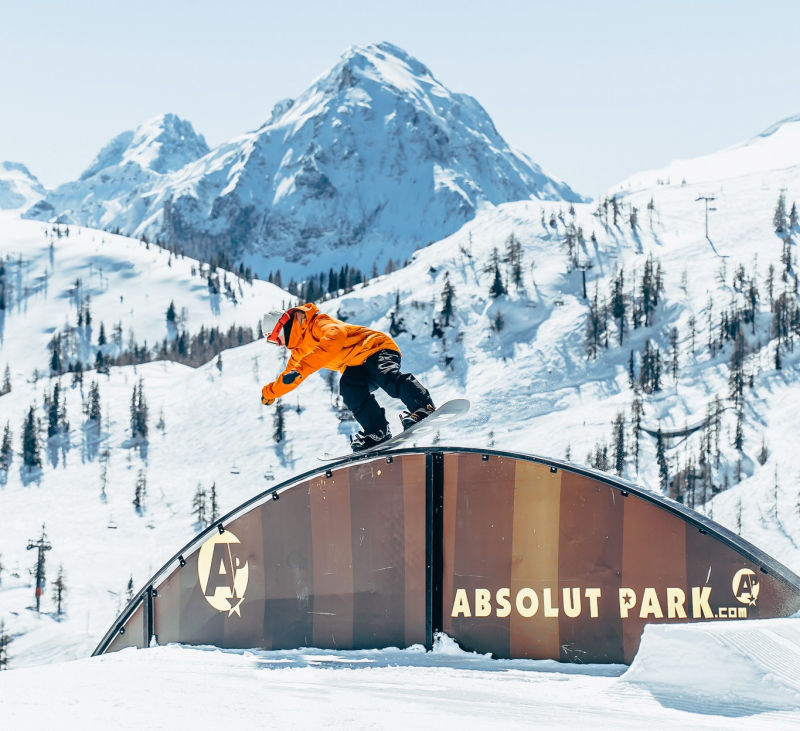 What are the basic problems that snowboarders have been living during their snowboarding career?

This is a hard question because you can do snowboarding on so many different levels. You can always do it just because you love it and then you can do it as a professional.

When you are doing it as a pro it’s means you need to travel a lot and be away from your family and friends at home. Of course, flying a lot is not best for the earth and you need to have good sponsors for covering all the costs that come when you are on the road 200 days a year.

But I would not say they are problems its part of the game and the questions is are you ready to play?

How could snowboarders play this game properly? How did you done?

For me when I turned 18 my dad told me that he can cover me now cause I didn’t have any big sponsor deals yet but he said that if I ever start making a living out of it I need to pay him back. I was really lucky how everything turns out. I signed my first bigger contract 1,5 year later and that spring I paid every single euro back to my dad. 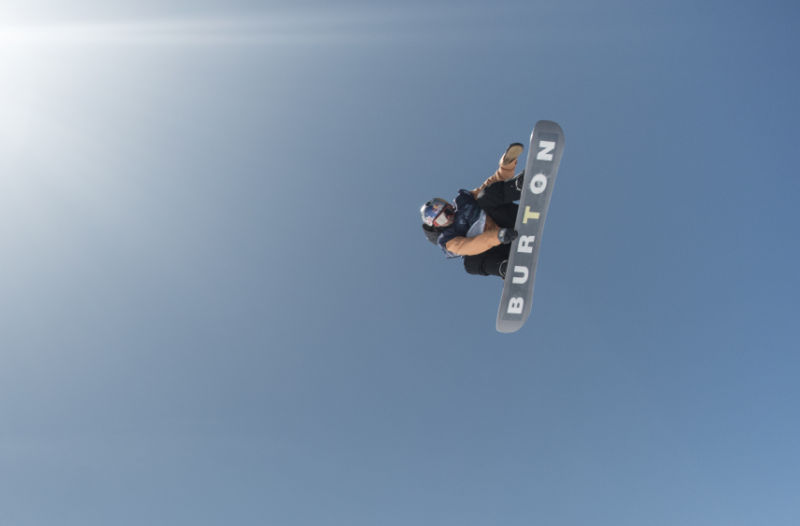 Be yourself and try to stand out from all the other riders. Of course these days you need to be on point with your social media skills as well and make sure you post good stuff and hope someone see that.

What do sponsors expect and demand from snowboarders?

Of course, wearing their stuff and promoting their brand. Social media is an important platform for promoting your sponsors these days and it’s part of the job to social media content for them. Always remember to tag them and tell your followers what brands you are working with and how is supporting you. 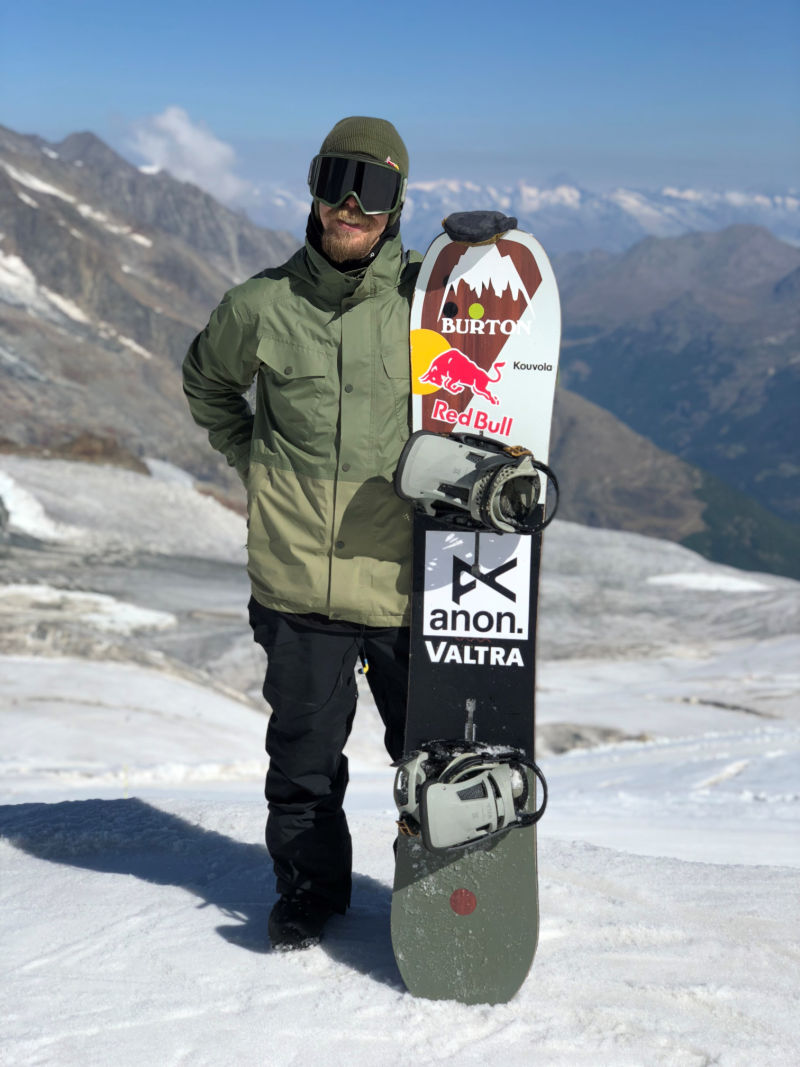 I have strong relationships with all my sponsors and I can stand by all of them really good.

What are your expectations from your sponsors?

Supporting me in up and down.

It was so nice to see how good my sponsors took it when I injured myself twice in the row.

They were supporting me through the whole time till I got back on my board.

What are you paying attention to when a new brand contacted you about sponsorship?

For me, most of the new sponsorship contacted goes to my agents and then they contact me and we talk about if it’s something that looks like my thing. And of course, we think how it could work for me but also think how the brand gets best out of me as well. 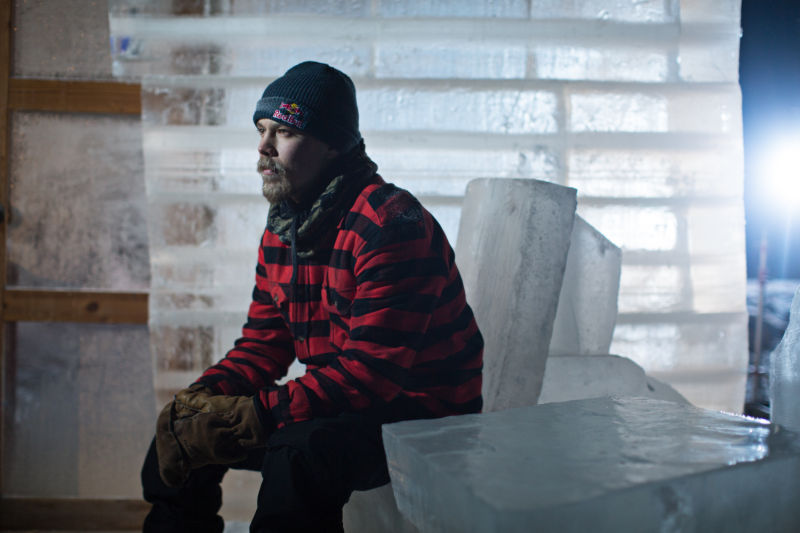 What are the main factors that affect the beginning and continuity of successful sponsorship collaboration?

The brand match is really important. It is a really good start when you like the brand and you fit into the brand's image.

When you work with the brand it’s not just putting their sticker on your board it’s much more. You are representing their brand. Working with them and trying to give best what you can offer them.

I feel it’s really important to be loyal as well. That you are not changing brands all the time and just trying to get the most money out of it. Be loyal and it will pay off in the long run. Sponsoring is not just about supporting the athlete it’s a working relationship. Best sponsorship is when both the athlete and the company gets benefits then everybody wins

Do you have any advice for snowboarders who want to pursue a professional career?

When I was a kid it was more like you snowboard you have fun, making new friends and then at the end of the day if you are good enough you will make a living out of it.

So my advice would be have fun snowboarding, do your own thing, make new friends, be on point in social media and travel the world because even you are super good but you just stay at home you will not make any name. And one of the most import and point go and talk to the people.

What do you think about social media? How did it affect the popularity of snowboarding?

Social media is a good platform to promote yourself and I really like to do social media.

Nowadays it’s really easy to follow snowboarding through the social media but it also has its dark sides.

Sometimes it’s hard to found the best stuff on social media because there is so much content and everyone is posting new stuff almost every day. You really need to be on point to make your photos and videos to stand out.

Next destination for me is Europe. I will be around Austria, Switzerland, Italy riding, filming and getting ready for the upcoming season.

Thank you Roope for this enjoyable interview.