Bosch’s history of motor racing stretches back 117 years, to its first victory with its own technology in 1901. 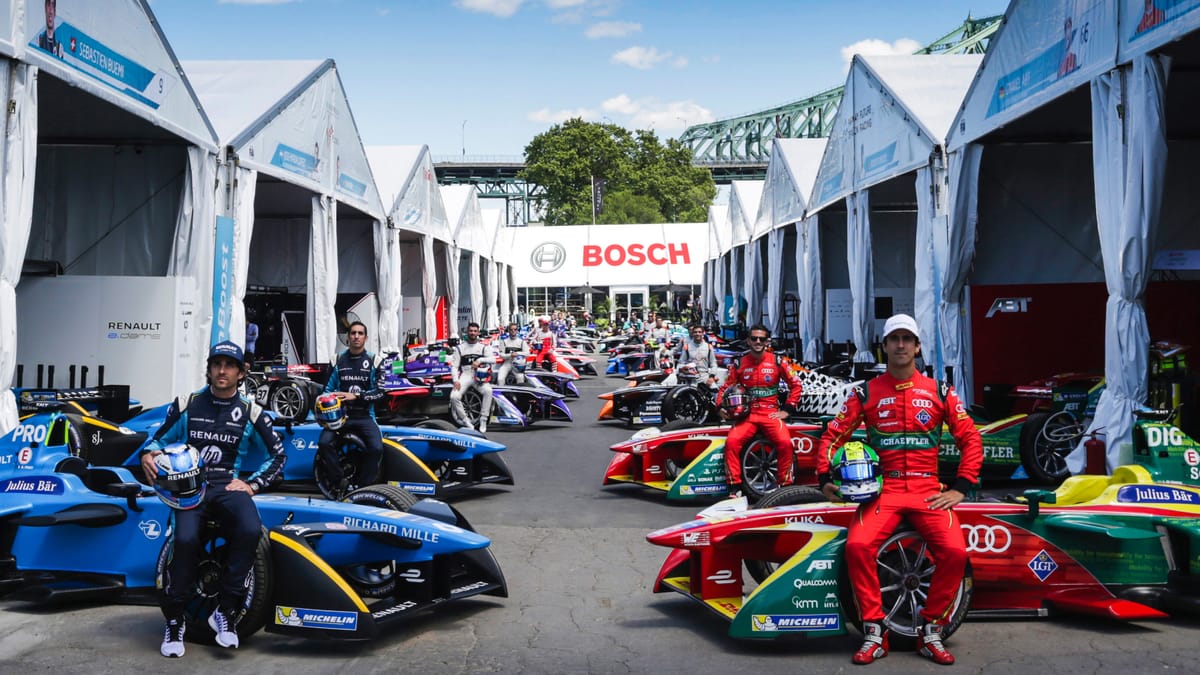 Right on time for the start of the ABB FIA Formula E Championship’s fifth season, the race series has engaged a new sponsor: for the next three years, Bosch will be an official partner of the world’s first purely electric single-seater racing series. The move underscores Bosch’s aim to be a leader in electromobility. “Bosch is the go-to partner for electric driving, a position that is now also reflected in our status as an official Formula E partner,” says Dr. Markus Heyn, a member of the board of management of Robert Bosch GmbH. The partnership with the race series covers a wide-ranging advertising collaboration at the race tracks, online, and on TV. “It’s with great pleasure that we welcome Bosch to the ABB FIA Formula E Championship as our official partner,” says Alejandro Agag, Founder & CEO of Formula E. “Bosch is one of the leading automotive suppliers and a renowned and respected name – and the move into Formula E is definitely a big step. I couldn’t think of a more natural tie-up – with Bosch’s long-standing tradition of competing in motorsport and expertise in electrification, automation and connectivity. In my mind, these pillars are key to the future of urban mobility and together with our complete roster of partners we can collectively help to speed up the switch to electric.”

Yet for Bosch, the partnership with the electric driving championship goes beyond pure sponsorship: as an official partner, the company is close to spectators and close to its customers. All the major automakers are now represented in Formula E. As Bosch joins the race series, moreover, it is continuing its own motor racing tradition: the supplier of technology and services is a long-time DTM partner as well as the source of numerous prototypes and touring vehicles for the World Endurance Championship. By moving into Formula E, the company is rounding out its activities in motor racing. “Bosch electrifies the powertrain – whether on the streets or in motor racing,” Heyn says.

With Formula E, Bosch is focusing on a race series that has a global reach, and that offers an attractive technology and marketing platform. The races are held around the world on city-center circuits. To kick off its fifth racing season on December 15, 2018, 22 electric race cars will floor it in the Saudi Arabian district of Ad Diriyah, and it is there that the Bosch logo will debut on the race track. “Vibrant cities, enthusiastic fans, and vehicles with electrifying acceleration – this emotive setting is perfect for our motor racing activities,” says Clemens K. Krebs, head of Marketing Communication for the Mobility Solutions business sector at Bosch.

Hardly any other company has a corporate history that is so intertwined with motor racing: Bosch achieved its first victories with its own technology back in 1901 and 1903. Since that time, the company has also been using its racing successes in its marketing. The Bosch brand has been inseparable from the DTM championship since its return in 2000. All race cars in the touring series feature the company’s highly sophisticated technology. From 2006 to 2012, diesel and diesel-hybrid vehicles took the top spots in the legendary 24-hour Le Mans race of the World Endurance Championship – these vehicles, too, always had Bosch technology on board. With their fully electrical powertrains, Formula E race cars are virtually silent. “Regardless of what the powertrain is, motor racing is part of Bosch DNA,” Krebs says.