City Of Las Vegas To Get New Courthouse 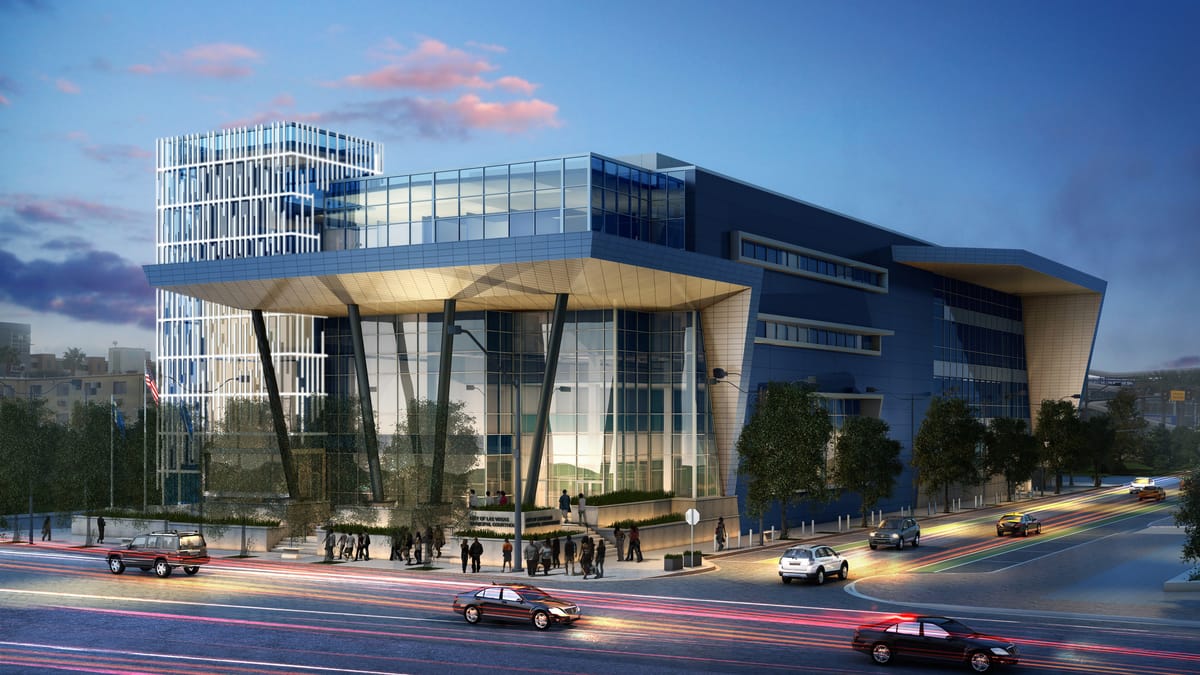 The city council today approved a development agreement with The Molasky Group of Companies to develop the City of Las Vegas Municipal Courthouse in the civic corridor of downtown Las Vegas.

The four-story, 139,431 sq. ft. development will be located on approximately one acre at the SW corner of Clark Avenue and 1st Street. Sited to the southeast of the Las Vegas City Hall, the Municipal Courthouse is designed to complement City Hall while starting to create a complex of City facilities. The site is located near the City parking garage, the Detention Center, and the Regional Justice Center. The Courthouse is designed to meet LEED Silver level requirements and will be built for approximately $56.3M.

Joining The Molasky Group on the development team are: Martin Harris Construction as general contractor, PGAL as lead architect, X-9 Design Group as design architects, Walter P. Moore as structural engineer, MS Engineering for MEP and ITS, and GCW Engineering as civil engineers.

"It is exciting that a new courthouse is coming to the government corridor in downtown Las Vegas," Mayor Carolyn G. Goodman said. "The Molasky Group has been a longtime private-sector partner and we look forward to having a first-class Municipal Courthouse to serve the people of Las Vegas."

"It is an honor for the Molasky Group and our development team to partner with the City of Las Vegas to build the new municipal courthouse," said Rich Worthington, president and chief operating officer. "The City has longed for a courthouse and we plan on providing municipal judges, staff and city residents with a state of the art facility where justice can be served proudly."

Construction is scheduled to commence around August 2019 and will bring more than 150 construction jobs to downtown Las Vegas. The project will be complete by January 2021.

"The new Municipal Court project is just another example of the exciting things happening in the downtown," said City Manager Scott Adams. "It's why many are calling this a time where downtown lights up!"

"This is opportunity to have a more efficiently designed facility that will allow our Municipal Court to better serve the current and future needs of the citizens of the city of Las Vegas," said Municipal Court Administrator Dana Hlavac. "The close proximity to the Regional Justice Center and the Supreme Court building will allow for a continued strong level of cooperation and communication among all levels of the judiciary."

For Irwin Molasky, founder and chairman of the Molasky Group, the new municipal courthouse is a very special project that intertwines with a lifetime love and respect for the Rule of Law. He is a founder of Project REAL (Real Education About the Law), a non-profit organization that has educated nearly 40,000 schoolchildren on democracy and their rights; he served on the board of directors for the National Judicial College and has been honored by the Nevada Supreme Court for his knowledge and love of the law.