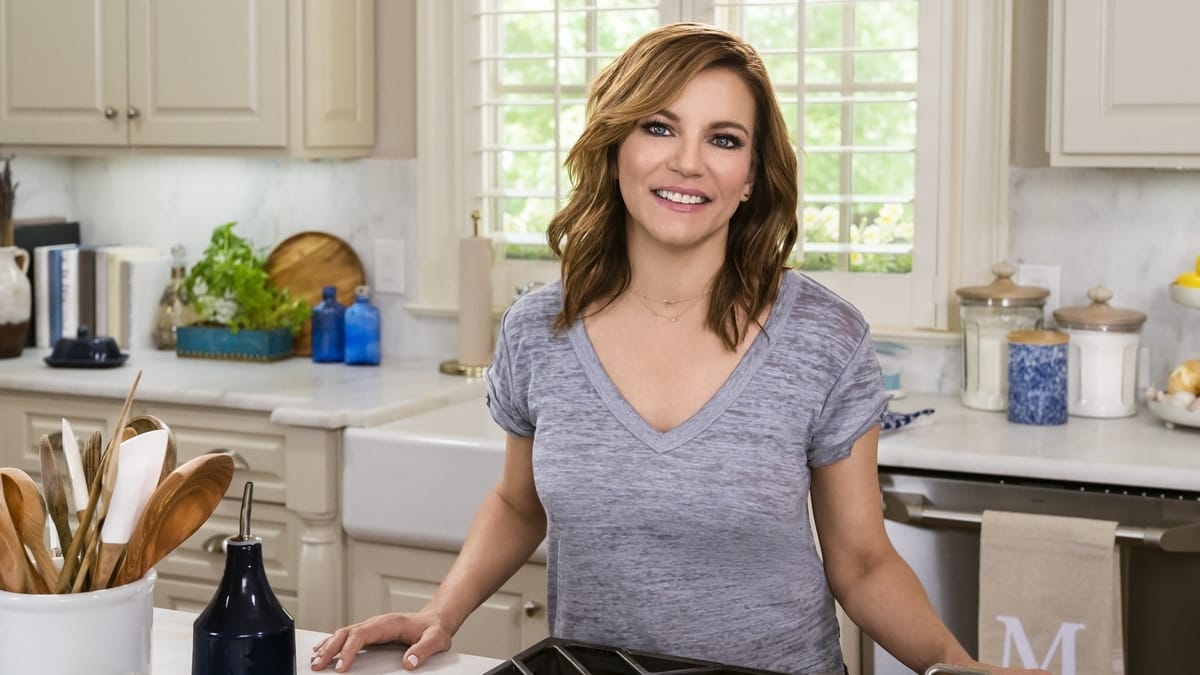 As a music megastar, Martina McBride has entertained fans with her songs for years, becoming country music royalty. Now, she is giving Food Network viewers a glimpse of how she entertains at home, sharing her recipes and cooking tips that make her the queen of the kitchen on the new series Martina's Table, premiering on Sunday, November 18th at 12pm ET/PT. Outside the studio, Martina finds creative inspiration creating perfect menus and preparing meals for her family and close friends Sheryl Crow, Faith Hill, and Little Big Town's Karen Fairchild and Kimberly Schlapman. Whether it's a birthday celebration for one of her daughters or a buffet-style menu catered for her band and road crew, Martina's Table is a place where tasty memories are made. Martina's Table is produced by Nashville based company Heart Bridge Media.

"Martina McBride has shared her love of music for years, impressing audiences around the globe and earning industry accolades. Now, she is sharing her passion for cooking and entertaining with fans, showcasing even more of her impressive talents in the kitchen," said Courtney White, General Manager and Executive Vice President, Programming, Food Network and HGTV. "With her creative recipes and inviting personality, everyone will feel welcome at Martina's Table."

"I've always had a passion for cooking and love to cook for my friends and family," said Martina McBride. "Having a show on Food Network is a dream come true. We've filmed the first season and it's been so fun and exciting to be able to share some of my favorite recipes and stories."

Over the course of the season, Martina's recipes are inspired by her midwestern roots as she cooks up delicious dish after dish including a full Thanksgiving menu at home, a Mexican-themed spread for a special birthday gathering, a casual holiday brunch with a few famous friends, and more. From a classic roast turkey recipe to a modern-day take on hummus, Martina has crowd-pleasing recipes fans can make at home for their own friends and family gatherings, making their own tasty memories!

Viewers can go behind-the-scenes with Martina and some of her famous friends in a series of exclusive Q&As and trivia challenges on Food Network's Facebook and Instagram pages. Plus, find Martina's must-try recipes and exclusive insider videos at FoodNetwork.com/MartinasTable. For all the latest updates on the show follow #MartinasTable.

Martina McBride is a multiple Grammy-nominated country singer, whose vocals have kept her at the top of the charts garnering six #1 hits and 20 top 10 singles. Selling more than 18 million albums to date, she has earned 14 Gold, nine Platinum, three Double Platinum and two Triple Platinum certifications. In addition, she has been honored with more than 15 major music awards, including four wins from the Country Music Association and three Academy of Country Music Awards for Female Vocalist of the Year. When Martina is not working on music in the studio, she focuses her time on her passions for cooking and entertaining. In 2014, she released her first cookbook, Around the Table, featuring her favorite recipes, hosting tips, practical menu planning advice, and dÊcor inspiration. Her sophomore cookbook, Martina's Kitchen Mix: My Recipe Playlist for Real Life, is set to make its debut in October 2018, along with her new Christmas album "It's The Holiday Season," a compilation of her favorite songs with the backing of a symphony orchestra. Martina is also passionate about her charity initiative Team Music Is Love, which has been responsible for many successful fundraising and volunteer projects helping causes such as hunger relief, cancer research, combating domestic violence and helping children in need.