Hansjörg Auer is one of the first names to come to mind when it comes to extreme conditions and free solo climbing since his extraordinary success at Via Attraverso il Pesce in 2007. I had the opportunity to interview Hansjörg Auer about his career and the importance of individual sponsorship in climbing. 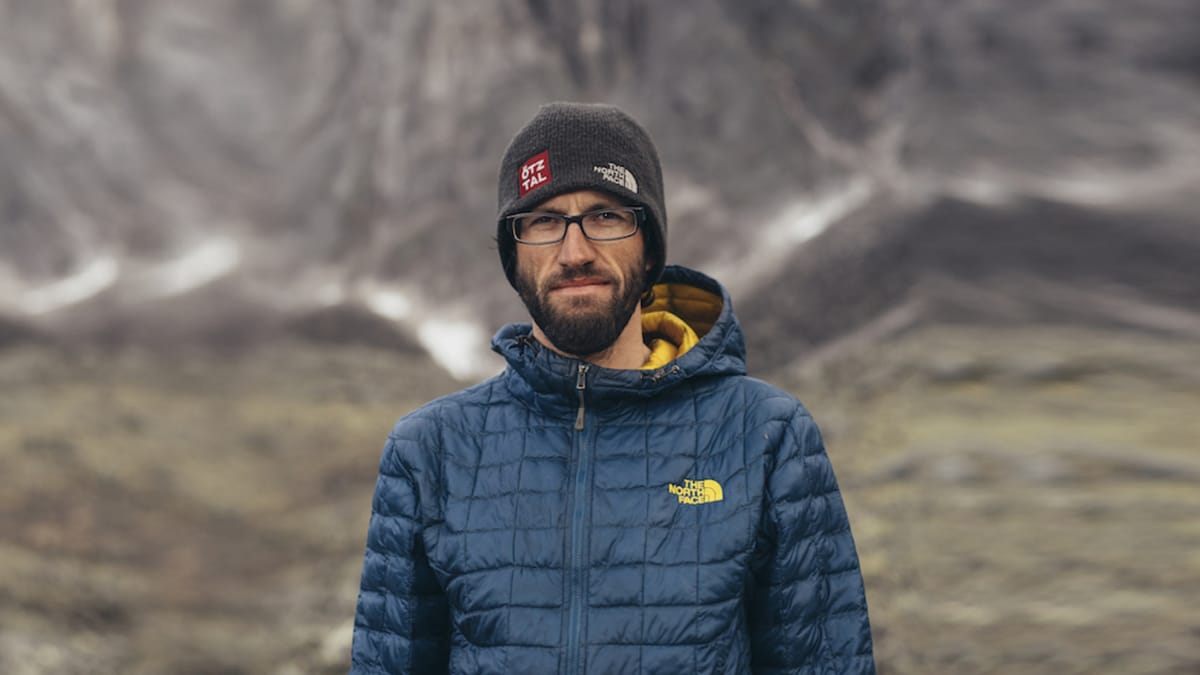 While he was 6 years old, Hansjörg Auer has discovered his passion for mountaineering in Ötztal, Austria, where he was born in 1984. He has started his climbing career in the mountains of Ötztal Valley and reached the highest level with his extraordinary and free solo climbings. Some of his expeditions are Trango Valley 2006, Chochamo Valley 2008, Baffin Island 2012, Kunyang Chhish East 2013, Masherbrum 2014, Siberian Big Walls 2015, Nilgiri South 2015, Annapurna III 2016, and Gimmigela East 2016. In order to learn his opinions about the importance of individual sponsorship in climbing, I had the opportunity to talk with Professional Climber and Alpinist Hansjörg Auer who received the Paul Preuss Prize in 2016. 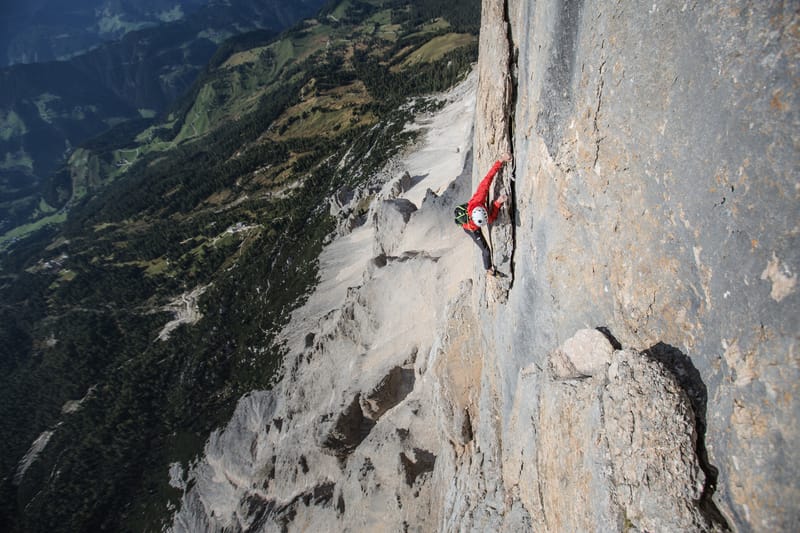 Hansjörg, you have been climbing since you were 6 years old. How did you discover the climbing passion that takes you to the mountains? Who inspired you?

Actually, I grew up in a 5-kids family with a big passion for mountaineering. So it was "normal" to go to the mountains on the weekends when we had nothing to do at our farm in Ötztal Valley.

A couple of years later I discovered pure rock climbing cause I wanted to push my mountaineering a bit more and so I realized that I need to be much stronger in rock climbing.

There were not really mentors around in my valley. So my brothers and I were often alone during the early years.

After yes, I met many local climbers around Innsbruck and this increased also my level of climbing a lot. 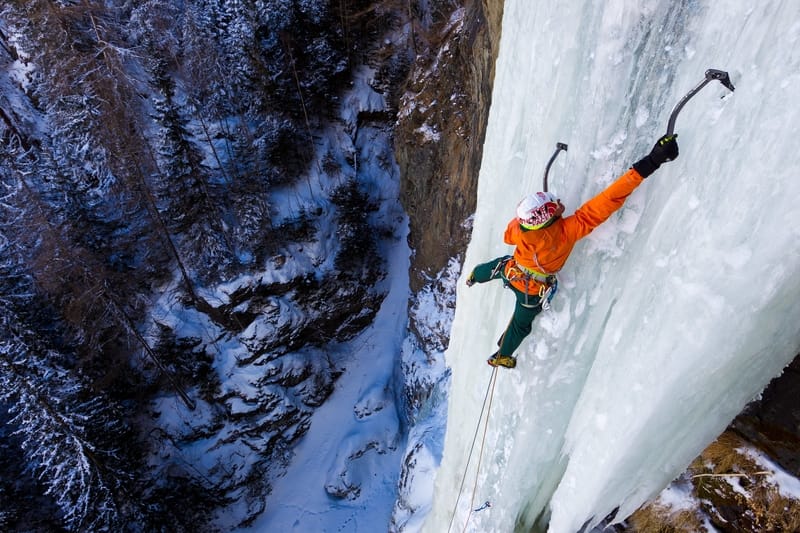 Could you tell us about yourself and your climbing career?

I kind of had a hard time as a child. Not at home at our farm, more in school. I never got the feedback I would have needed. I guess that’s why I flew into the sport/mountains and started doing things, which I knew I was good at. And, somehow, I always felt happy when I was alone. Waiting for friends to come with me, waiting for their schedule to fit in, was never what I did. If nobody had the time or the psyche to come along, then I preferred to go by myself. And my parents were happy to see that. They never pushed me or my brother, but also they never stopped us from doing things and being out in the wild, also as kids. 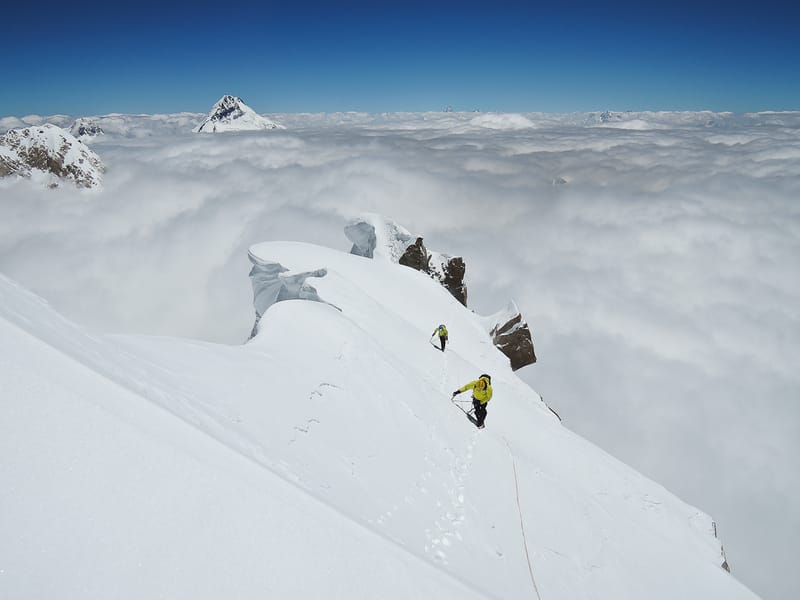 How does it feel to be a climber and author who received the Paul Preuss prize?

I got many awards and prizes of the years. But the Paul Preuss prize is maybe the only one I’m proud of.

The list of awarded climbers is not long and I feel very close to the approach of climbing all those people had or still have.

Furthermore, Paul Preuss was a climber who was miles ahead of its time. It’s cool to keep his name, his doing during his short life and especially his vision alive. 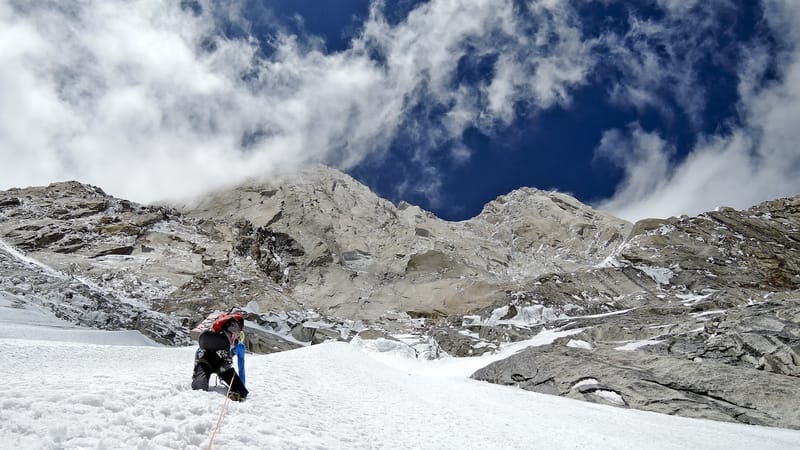 What were the biggest problems that you have been experienced during the first period of your career?

In the early years as an alpine climber and mountaineer who is always pushing the most important thing is to survive.

Experience is very low and luck must be on your side. Thoughts about other things are not really there.

What was the first notable achievement in your career that enabled you to overcome these problems and reached you to the highest level?

After my first real trip in a foreign continent (Patagonia 2004) I felt somehow that there is much more possible as I would always dreamed of. 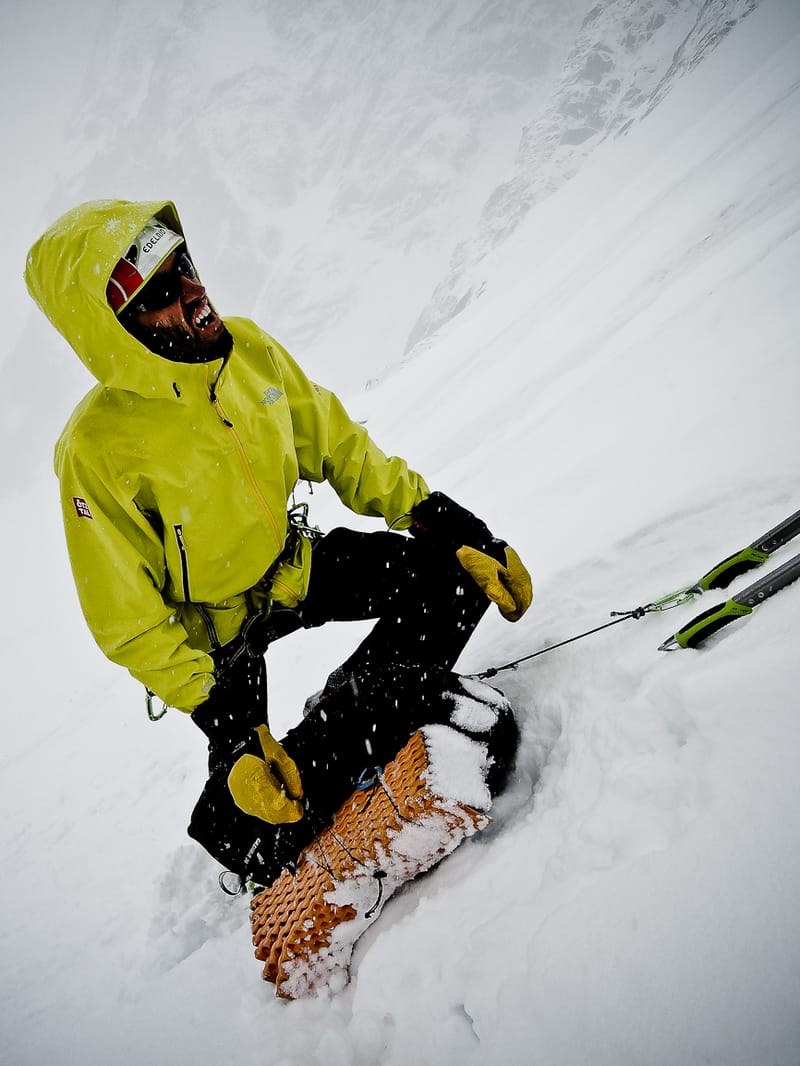 Could you tell us about your sponsors and partners? What are the brands that you collaborate with?

I’m working together with four main sponsors; The North Face, Ötztal Tourism, Edelrid, and La Sportiva. With all of them for almost 10 years.

For me, loyalty is the most important thing besides the fact that it’s always "giving and taking".

Furthermore, I’m feeling lucky that my cooperations are now based on a very personal and emotional collaboration.

I’m part of all four families which is pretty cool.

How does a sponsorship agreement change the career of a climber?

I mean there are always things you need to do, which you wouldn’t need to do without being a sponsored athlete, but that’s fine.

I see my work beside climbing and mountaineering as a challenge.

That’s also why I have no management behind me. I’m doing everything on my own, which gives me also the possibility to be as much as possible authentic. 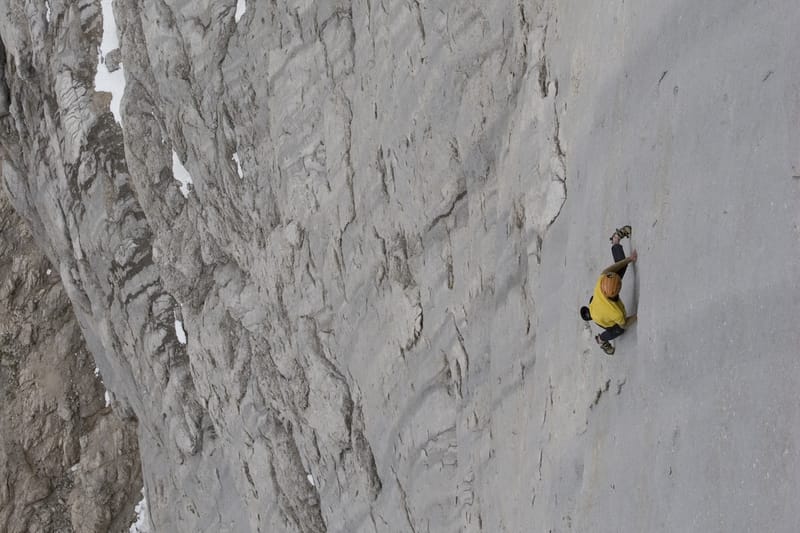 What are the common problems of climbers who are looking for a new sponsor? What is the best way to attract sponsors' attention?

It’s better to focus on your sport.

Sponsors will contact you if you’re strong and a good person.

First of all find out as much as possible about the person and why this athlete is driven to the sport.

What his passion, his goals and which background does she or he have.

This is the priority.

Check his social media accounts after that! 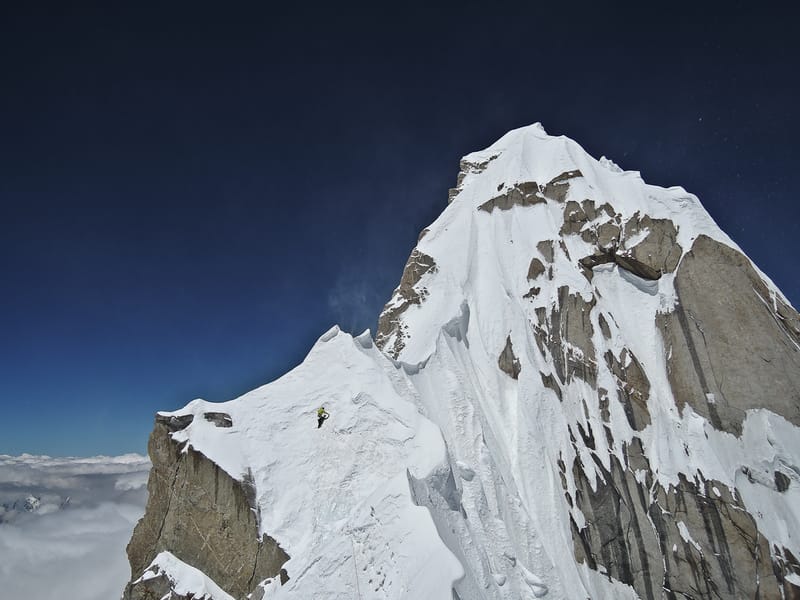 And you have been supporting two different organisations, could you tell us about them?

There were many people who helped me during my career. So I have the feeling that I need to give something back as well.

I’m supporting "Climb for Life" (http:/www/climbforlife.it) and the "EOCA" (http://www.outdoorconservation.eu).

Both are very important. Check them out to find out more!

Furthermore, I’m always trying to give back as much as possible to the people at the place where I’m from.

They know, that the door of my house is always open. 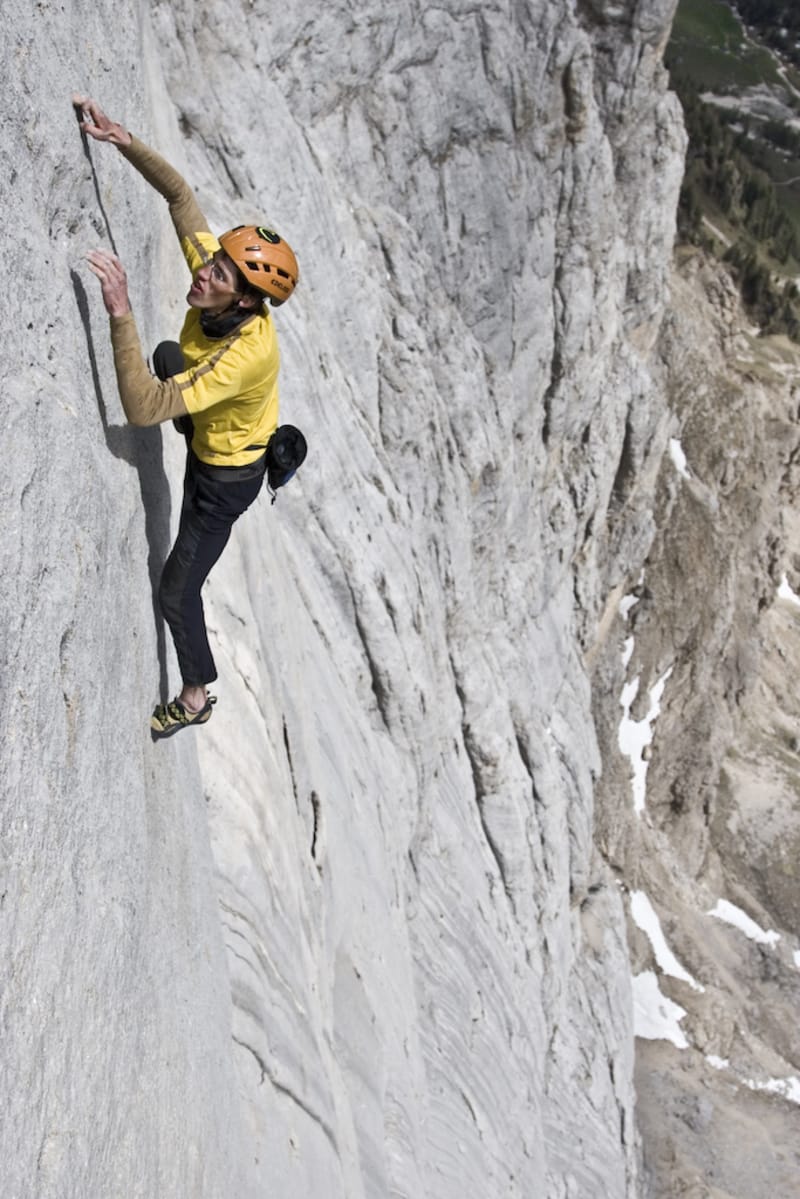 Where do you want to see Hansjörg in the future?

In the mountains, exploring, climbing and following and pushing my dreams.

Also having kids and a family sometimes is very important for me.

Overall that stays being healthy and never losing motivation and fun in life in general.

What advice would you give to climbers who want to pursue a professional career in climbing?

The most important thing is to feel satisfied, and to be able to achieve this feeling not only when you are climbing, when you just realised your great project or when times are good. To succeed in this, I think you should consider climbing and mountaineering not as the most important thing in your life. For me being in the mountains, being creative, pushing hard is my life. But I always try (at least try) to remember that there are many other different things in life too. 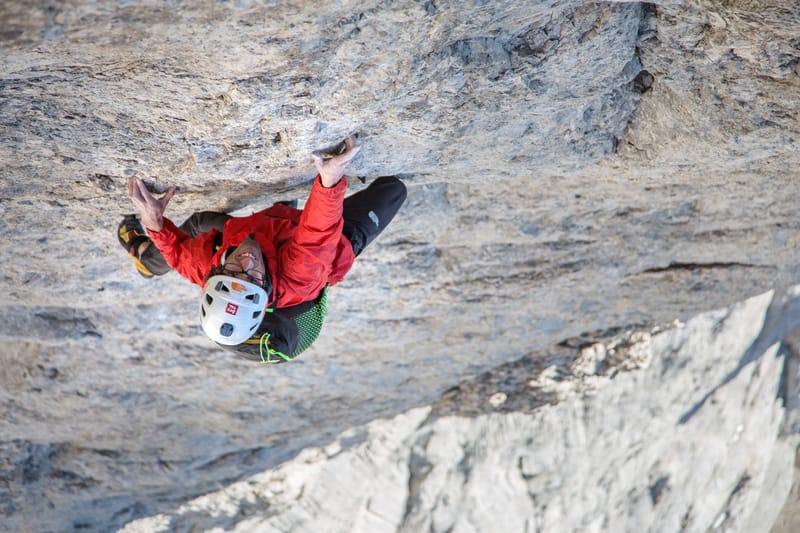 Anything you’d like to add that I haven’t asked?

I think the life of a climber is always about shifting motivations. When you’re younger it’s more about what, where and how hard you climb. But, in my case, this is now changing a little bit. For me nowadays the most important thing is with whom I climb. A few years ago it happened that I had been more focused on free solo climbs on big rock walls like Marmolada. And also the interest of the journalists and of the climbing world regarding my activity was pretty much the same. But, even then, first of all, I have always been a mountaineer and therefore mountaineering is nothing new for me. Nowadays I feel more free and able to consider the many different possibilities that the mountain have to offer and to pick up only the projects, which motivate me the most, be rock climbing, mixed climbing or whatever other styles in between.

Thank you Hansjörg for your time and this enjoyable interview.

For more information, please visit the website of Hansjörg Auer