For snowboarders, X Games is the biggest event besides the Winter Olympics. In 2017, Sven Thorgren won the gold medal in Men's Snowboard Slopestyle at X Games Norway. I had the opportunity to interview Sven Thorgren about his career and the importance of individual sponsorship in snowboarding. 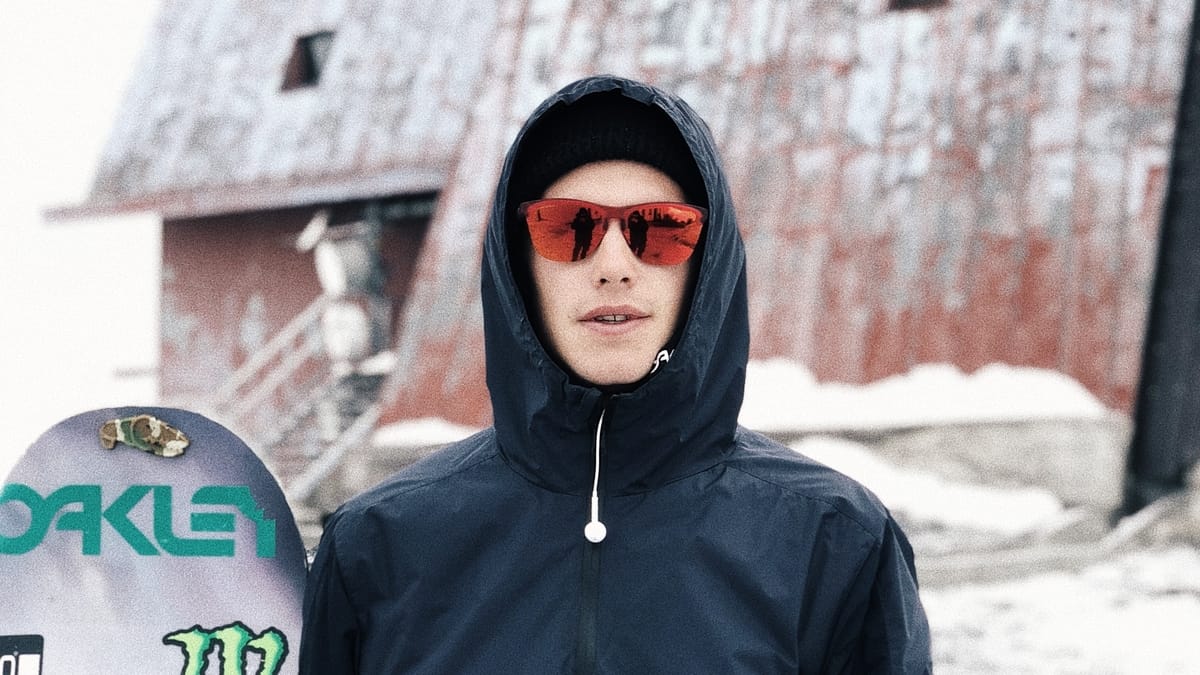 Sven Thorgren was born and raised in Stockholm, Sweden. He has been snowboarding since he was 7 years old. After decided to pursue a professional career on snowboarding, he started to snowboard school in Malung. He has won a lot of gold medals and get podiums at national and international events and completed the 2014 Sochi Olympic Winter Games at 4th place. And in 2017, he crowned his career with X Games gold medal. In order to learn his opinions about the importance of individual sponsorship in snowboarding, I talked with Sven Thorgren who signed his first sponsorship deal while he was only 12.

Sven, you have been snowboarding since you were 7 years old, how did you discover the snowboarding passion that takes you to the snowy hills? Who or what encouraged you?

My older brother was a good skier and he had tried snowboarding so I wanted to try it too. I ended up never skiing again whilst my brother kept skiing, as a four year younger rookie snowboarder this made me having to step up my game to keep up with my older brother on everything in the slopes, if he did a jump, I had to do it too. The passion probably came from loving the snow, I was pretty obsessed from the beginning.

I would like to learn more about your life, could you tell us about yourself?

I grew up in a villa neighbourhood outside Stockholm in a family with five kids and I was the "middle kid”. I was always very active in sports, but snowboarding and skateboarding were the things that stuck the most. By the time I was twelve years old I started progress fast in snowboarding and was lucky to get my first sponsor, that was a dream come true for me and got me way more serious about snowboarding. Around fifteen I was competing among the best snowboarders and I was getting paid by sponsors so my parents no longer had to help me with a travel budget. I moved away from home when I was sixteen to a snowboard school in Malung, Sweden. Those where my most progressive years, I was very dedicated and already traveling the world as I dreamt about doing as a kid. 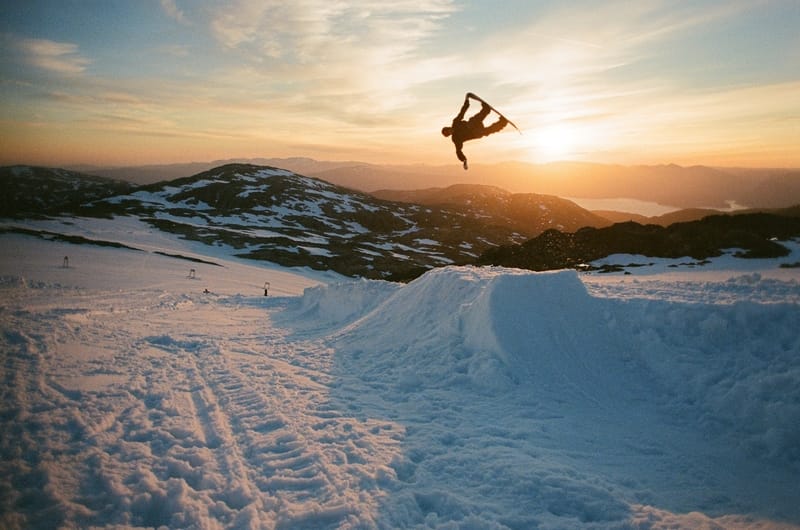 You have won a lot of national and international championships in your career besides your Olympic success. Could you tell us about your achievements in your career?

My biggest achievement is definitely winning X-Games in 2017. For snowboarders that is the biggest event besides Olympic.

Sven, what does snowboarding means for you?

Snowboarding is my life, sounds cliché but if it’s one thing I learned from my injuries is how much snowboarding matters to me.

What are the basic economic problems that snowboarders have been living during their snowboarding career?

I would say the amount of traveling we do can be pretty tough, the contest schedule is pretty tight and usually on different continents of the world. It is really expensive to travel as much as we do and for some snowboarders, that's definitely a problem.

How could snowboarders solve these problems? What is the permanent solution?

Most of the top-ranked snowboarders does not have an economic problem thanks to their sponsors. To me, I would never have made it this far without having my sponsors, ever since I been fourteen I earned money doing this.

Basically try to get a fan base and have people follow you and wanting to be like you is always very attractive for sponsors. They want someone that makes people buy the products you wear.

Besides salary and products, they can help you out with personal projects, provide with photographers, filmers and travel budget.

What do sponsors expect and demand from snowboarders?

Wearing apparels, using equipment is the basics with every sponsor. They also demand a certain amount of tagging on social media, of course depending on and varies with every sponsor. Most of my contracts include a few days of attending on for example photoshoots, trade shows or meetings.

You have got sponsors since at the age of twelve. How did you do this?

It was pretty random, I was just riding some jumps on a super windy day and a guy who worked for some companies came up to me and ask me about contacts. I guess he was impressed about my commitment. From thereon… 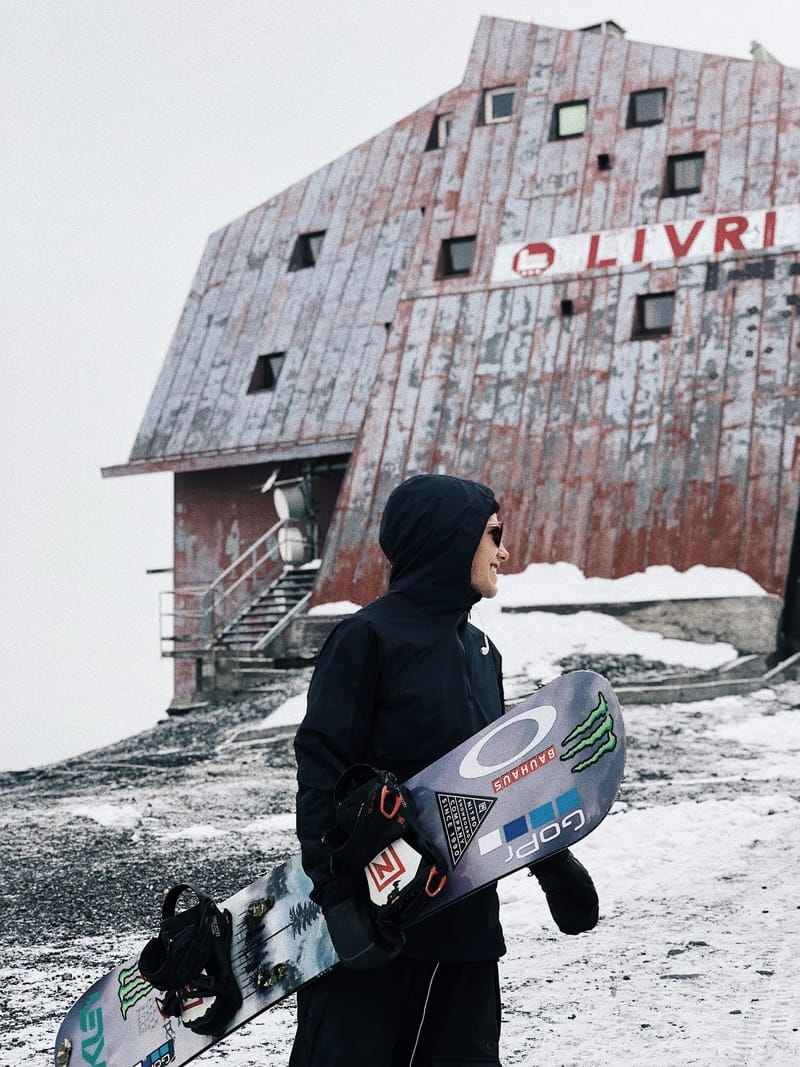 My sponsors are Oakley, Nitro Snowboards, Monster Energy & GoPro. I’m proud to be a part of every single one and that's really important to me.

How many different platforms do you represent your sponsors throughout the year?

Mainly through competitions and social media.

You have a long-term collaboration with Nitro Snowboard since you were 13 years old. What are the main factors that affect the beginning and continuity of successful sponsorship collaboration?

Nitro was one of my first sponsor and they always been super loyal and good to me. I guess the reason of a good collaboration is having the right people behind the company. Nitro always had the same owners and that's a big reason why it worked out so good.

Do you accept offers for one-off catalog shootings or campaign-based work even if it is not long-term sponsorship?

I haven’t been doing a lot of collaborations like that, I definitely prefer the longer term sponsorships. I guess it’s getting more short-term with social media, the opportunities are way more and it’s easy to reach out to a lot of people. I think that will be more normal in the future. 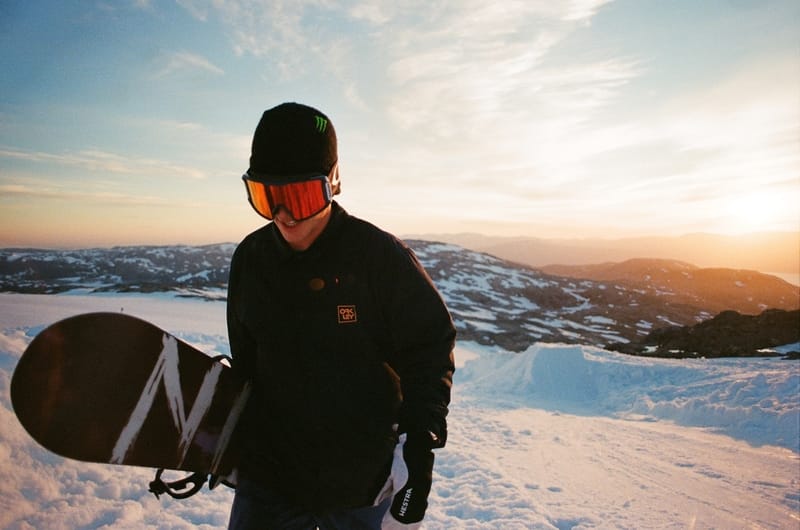 Do you have any advice for snowboarders who want to pursue a professional career?

Try to find your own style and do the things you love to do. I would definitely think it’s a good idea to kill it on social media.

What do you think about social media? How does it affect the popularity of snowboarding?

Snowboarders are probably among the best in the world with social media in sports. I definitely think it is boosting the popularity of snowboarding. The big snowboarding magazines and movie companies have been doing worse because of social media and the constant feed, but that's the way it goes right now.

Next is to start competing in December, I will start filming for a new big Scandinavian snowboard movie too. Have a lot of fun snowboarding

Thank you Sven for this enjoyable interview.

For more information, please visit the website of Sven Thorgren