The point of entry to the G-Class without compromises 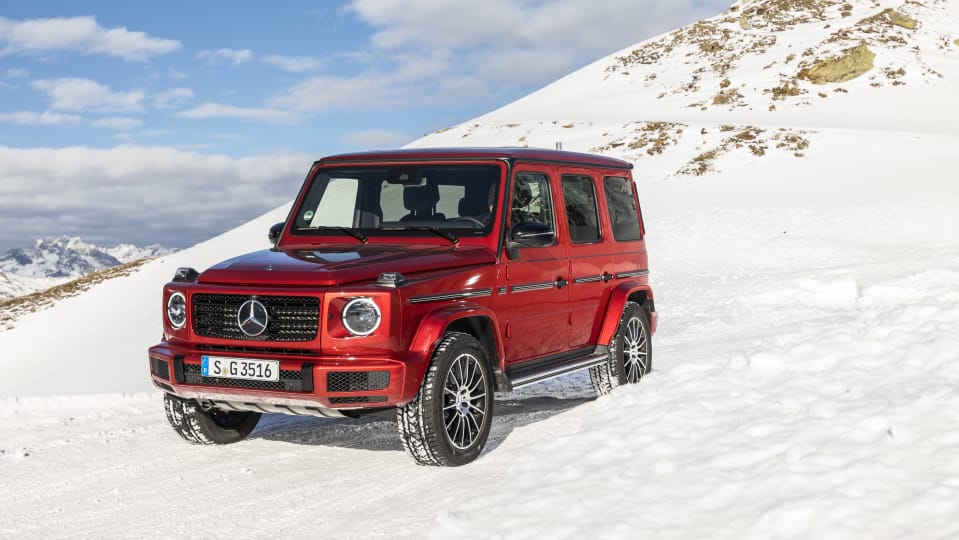 The new OM 656 diesel engine will also set standards in the G-Class in terms of performance – both on and off the road. "Our goal was to increase the performance” while reducing the consumption and improving the noise characteristics at the same time", stresses Ola Källenius, responsible for Group Research and Mercedes-Benz Cars Development on the Daimler Board of Management.

The characteristics of the top-notch engine include the stepped-bowl combustion process, two-stage exhaust turbocharging as well as the use of CAMTRONIC variable valve timing. This heats up the exhaust system without driving up fuel consumption. The further advanced NANOSLIDE® cylinder wall coating also reduces friction losses in the piston/cylinder wall system and reduces fuel consumption.

As powerful and superior as never before

The new in-line six-cylinder diesel makes the icon the most efficient "G" so far. It produces an output of 210 kW (286 hp) and with a peak torque of 600 Newton metres between 1200 and 3200 rpm is as powerful as never before.

The new six-cylinder diesel engine is designed to comply with future emissions legislation (RDE – Real Driving Emissions). All components relevant for efficient emissions reduction are installed directly at the engine. This contributes to faster effectiveness of the catalytic converter and the diesel particulate filter. Thanks to the integral technology approach comprising the new stepped-bowl combustion process, dynamic multi-path exhaust gas recirculation and near-engine emission control system, further reduced consumption figures with low emissions are possible. Thanks to the near-engine insulated configuration, the emission control system has little heat loss and ideal operating conditions.

The most efficient G of all time

Thanks to further enhanced emission control technologies, the powerful six-cylinder unit from the modern OM 656 engine family remains below all of the emission limits of the current Euro 6d-TEMP standard even in demanding driving situations and environmental conditions. This is achieved with an additional selective catalytic reduction (SCR) converter with an ammonia slip catalyst (ASC) in the exhaust tract of the GLE. The SCR catalyst (Selective Catalytic Reduction) reduces the nitrogen oxides (NOx) in the exhaust gas. To this end, AdBlue®, an aqueous urea solution, is fed into the system. It chemically converts the nitrogen oxides in the exhaust gas, thus releasing ammonia, which reduces up to 80 percent of the nitrogen oxides into harmless nitrogen and water in the downstream SCR catalytic converter. The filler neck for the AdBlue® is integrated into the external tank recess of the vehicle, which makes straightforward filling at the fuel pump possible.

In ECO drive mode, the gliding function helps to save additional fuel. When the driver's foot leaves the accelerator pedal, the transmission's clutch disengages. This reduces the engine speed to idling level, and the driving resistance is reduced by the compression and frictional forces of the engine while coasting. The G-Class "glides", using its own, current kinetic energy for a certain distance. It rolls for a measurably longer distance than when coasting. This results in further fuel savings. The clutch is re-engaged as soon as the driver operates the accelerator or brake pedal.