In fact, all day long, we live in an environment full of photos that we do not know their creators. From billboard ads to magazine covers, product packs to bus skins. High-quality photos always add value to the products. I talked to Glen Wexler, who created this effect with his advertising and album cover photo works. 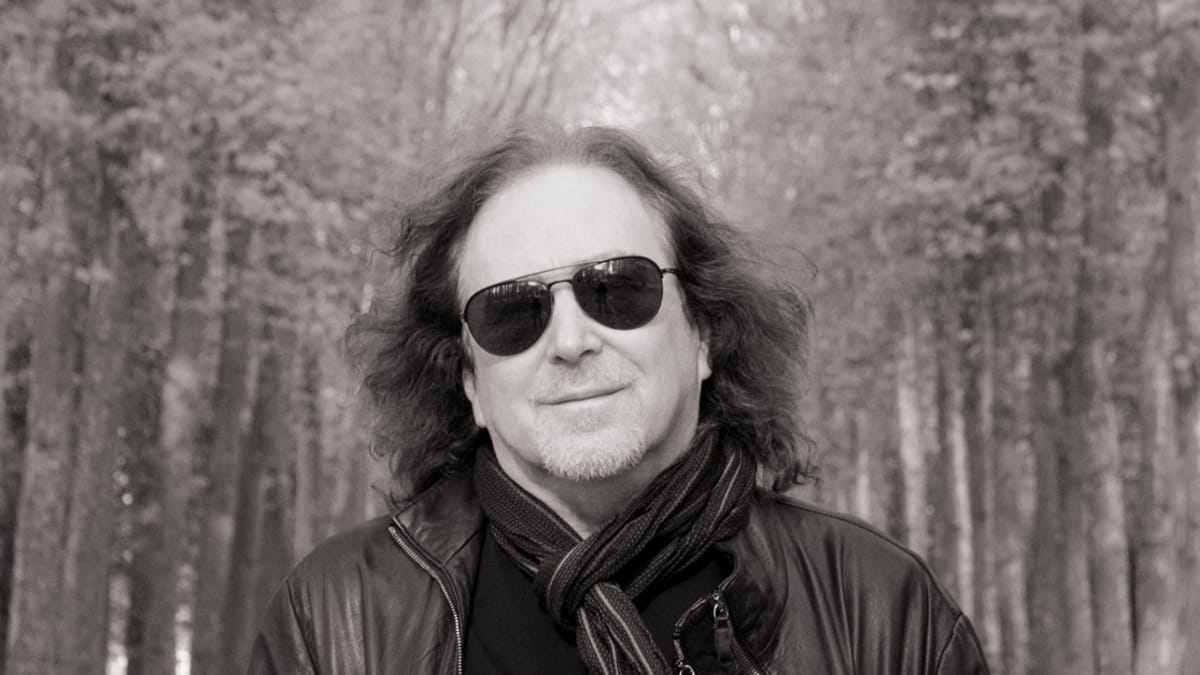 To be successful in a profession, you must have respect and passion for your work. This is much more important in business areas that require creativity. Photography is a profession that you must follow your passion in order to choose both being a photographer and to determine which areas you will specialize in. Glen Wexler is a photographer who reflects his passion in his works. As a photographer who is aware that just pressing the shutter is not enough to create acclaimed works, he has specialized in different fields and since 1978 he has been creating all kinds of visual works for his clients. I had the opportunity to interview Glen Wexler, who worked with legends such as Michael Jackson, Billy Gibbons, Herbie Hancock, Black Sabbath, and Van Halen, and I asked questions to him about his career and the details of being successful in photography.

Glen, before talking about photography, could you tell us about yourself? Who is Glen Wexler?

I was born in Palm Springs, California. My dad was an influential Mid Century Modernist architect and I was raised in a Case Study-like modernist home. I’m an artist, husband, and father who is inspired by music, film, art, design, nature, and originality. 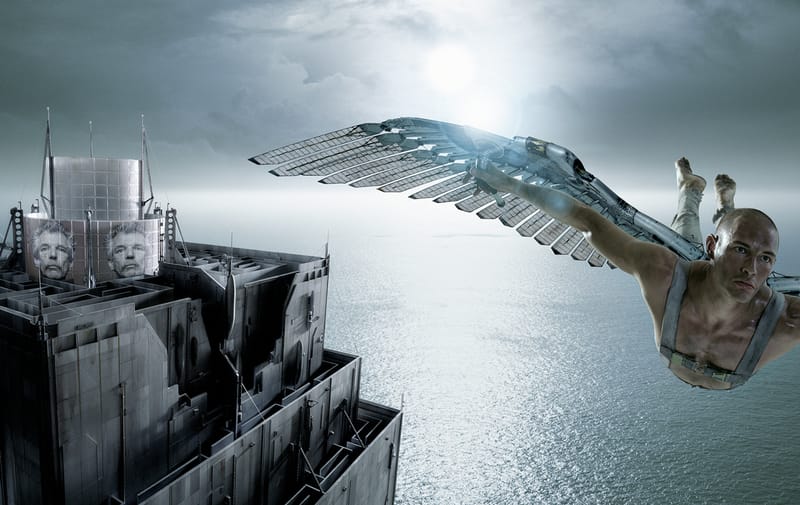 How did you decide to pursue a career in photography and establish your own studio? What inspired you?

My original pursuit was fine art conceptual photography but, while I was a student at Art Center College of Design, I had the opportunity to work on an album cover project for a multi-platinum band produced by Quincy Jones. This opened the door to the recording industry that provided opportunities in which I could hone my craft and make images that would have been financially impossible for me without these commissions. 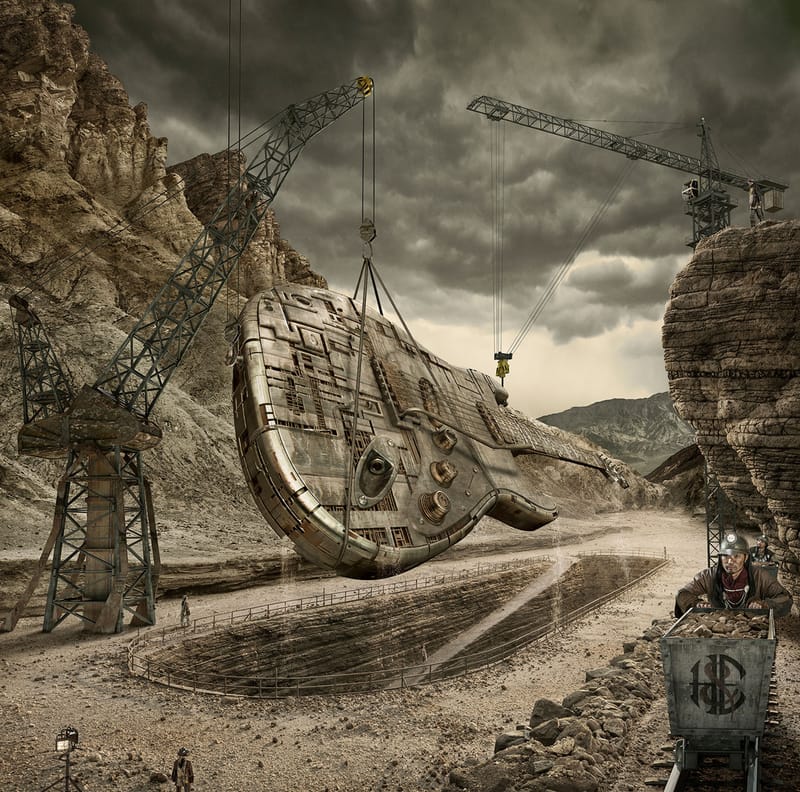 Could you tell us about Glen Wexler Studio and your team? What kind of services do you offer to your clients?

I’m best known for elaborately staged digital photo compositions of improbable situations, but my projects cover a broad range of creative services including photography, ranging from intimate portraits to large-scale advertising productions, film direction and production, including commercials and music videos, CGI production, experiential development, creative direction, logo design and consulting. The work is driven by my desire to create unique and memorable visual experiences. I have a world-class team of producers, digital and CGI artists, production designers, and stylists. Much of the work involves complex creative problem solving and developing approaches to integrate resources and unique visual assets across multiple platforms. 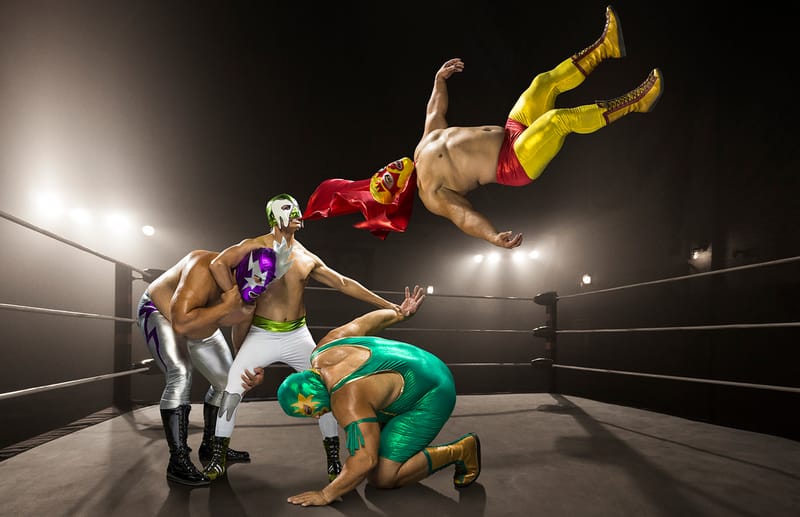 How did your interest in advertising photography has begun? How did Ed McCabe change your life?

Initially, I had zero interest in “advertising photography” but didn’t realize at the time that album cover art is advertising. The album cover is the primary branding and marketing visual for the music. Relatively early in my career, I began to find that the experimental nature of album cover art was not only a reflection of pop culture, but it was also becoming influential in mainstream advertising. My work began attracting advertising assignments. Ed McCabe is a larger-than-life personality in the ad world who made his mark during the mad men era. One of his most famous projects was the “Blown Away” Maxell campaign from the 70s. There was a reboot of the campaign in the early 90s and I got the call. I had already created some highly visible campaigns, but this was the first big project from a New York agency on a famous campaign and it was featured in Time Square.

On Location in Greenland - Photo by Glen Wexler

What are the key points that you pay attention to most before accepting a new project?

Foremost, it’s about the opportunities to create original and exciting work. The other considerations are the client relationship and budget.

How would you describe the effect of the quality of the ad photo on the customers' decisions?

Quality photography of a quality concept attracts the consumer’s attention, creates a memorable and positive impression, and instills confidence in the brand. 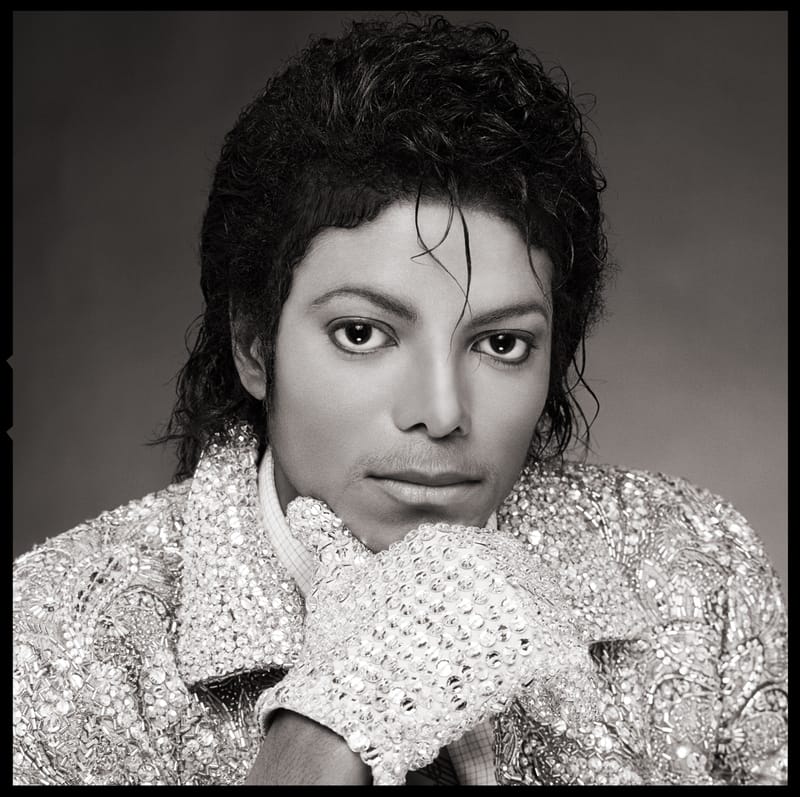 Before your 30s, you created hundreds of album covers. How does it feel to work with celebrities such as Michael Jackson, Black Sabbath, and Van Halen?

I learned more about the possibilities of narrative photography as a teenager from looking at album covers than I learned in art school. The opportunity to have a career creating album covers was a fantasy job and the opportunity to collaborate with many recording artists whom I admired, but the inspiration was always connected to the images and not so much about the celebrity.

I also had the opportunity to create portraits of many musicians, with which I took a very different approach than the complex photo compositions of the manufactured realities typically used for the album cover art. When creating the portraits, I would look for an intimate connection with the subject, stripped of artifice, and attempting to see past the marketing excess and big personas. 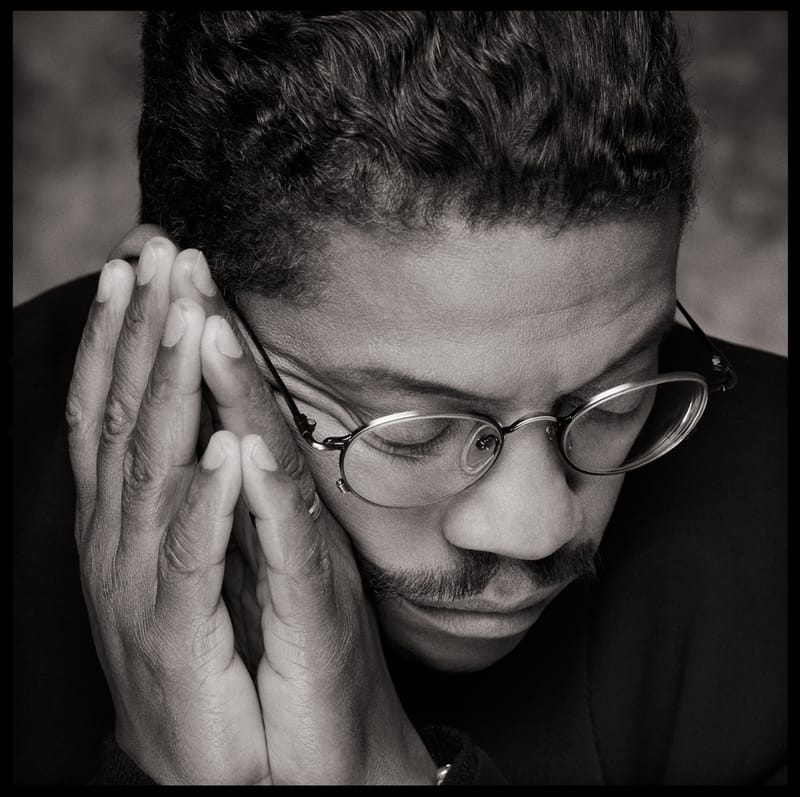 What advice would you give to photographers who want to pursue a career in advertising photography?

Know your craft, refine your vision, and provide an original point of view. Don’t chase trends - make them. 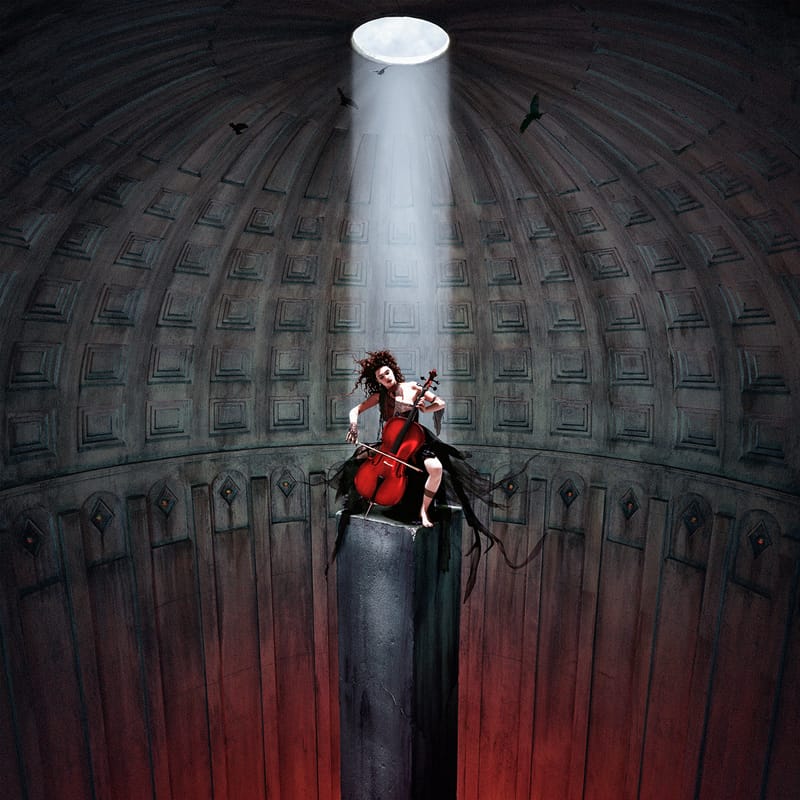 What is your favorite photograph that you have ever taken?

I get asked this a lot but it’s challenging to pick a favorite. Perhaps one of my most popular images is “Sold Our Soul,” which was featured at the Rock and Roll Hall of Fame and Museum in an exhibition called, “The Greatest Album Covers That Never Were.” The curators of the project reached out to 100 artists around the world to create fantasy album covers. 50 were selected for the exhibition, and this one was featured. 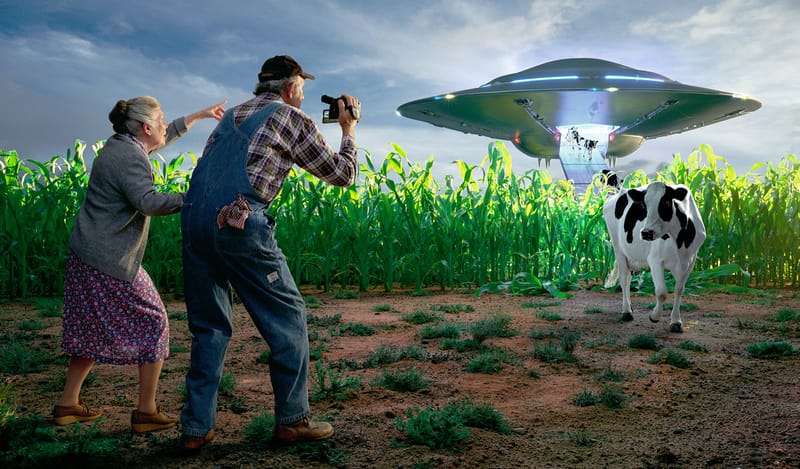 What do you think about social media? How can our readers follow you?

Nowadays, it’s necessary to participate in social media but overall I am not a fan because I find that most social media is disingenuous and lacks authenticity. For me, the most disturbing trend is the authority invested in “influencers” and the plethora of Instagram accounts deceptively inflated with bought followers and YouTube videos with bought likes. That said, I do appreciate seeing creative content supported by organic followers. 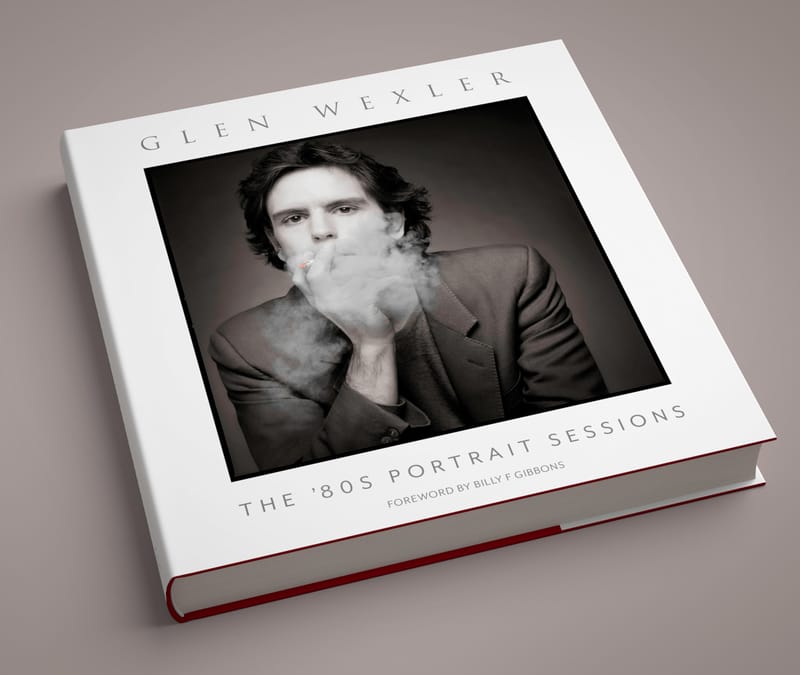 I’m about to release a limited edition art book, “The ’80s Portrait Sessions” and am preparing for the exhibitions. The book is a time capsule of the decade featuring musicians, actors, and models. Billy Gibbons of ZZ Top wrote the foreword. The first exhibition and book launch is at Mr. Musichead Gallery in Los Angeles opening on March 22. The response has been fantastic. More than 30% of the books are already reserved by preorders.

Other than working on advertising, music, and entertainment assignments, my biggest and most passionate endeavor is developing an independent feature film.

Thank you Glen for your time.