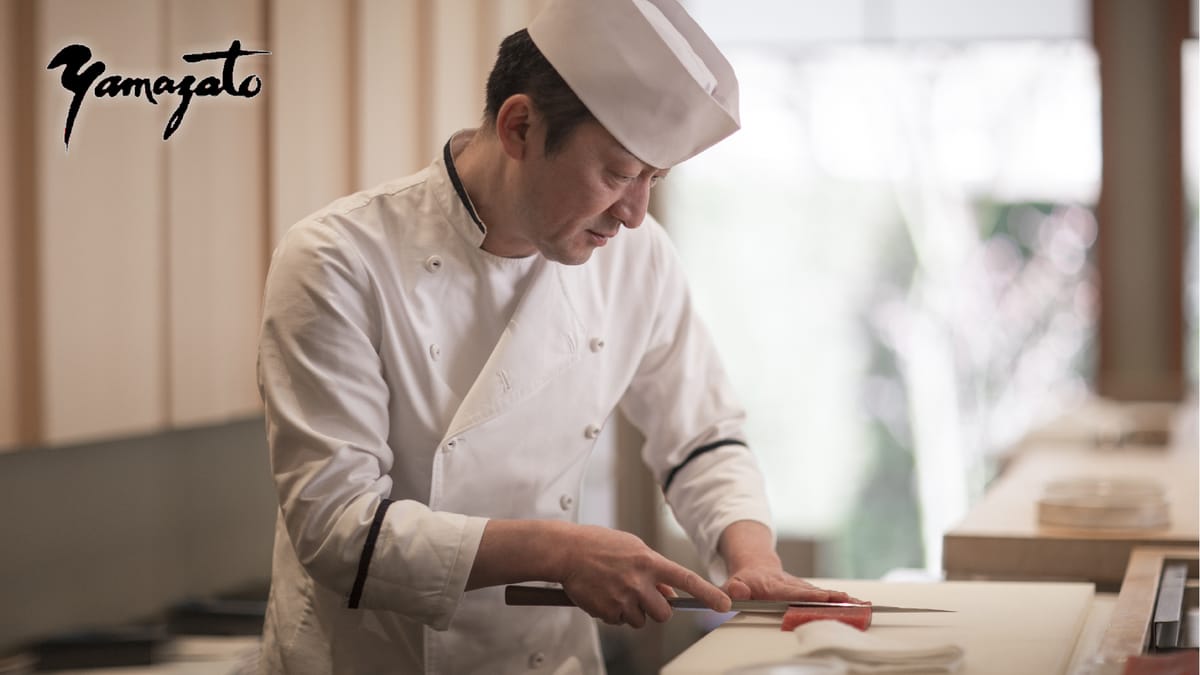 Masanori, before talking about Yamazato Restaurant, I would like to learn more about you. How did your interest in cooking has begun?

My interest in food started at an early age. My parents, owning their own book store, didn’t have much time to cook so we went out for dinner a lot and got acquainted with many different tastes and dishes.

I initially started working as a porter at Hotel Okura Tokyo but got the opportunity to do a one-year training course in the kitchen. Curious to learn more about Europe, I decided to continue my career in Amsterdam in 1984. In Japan, it could take 3 to 5 years before someone is able to grow into a new position, while in the Netherlands you have a bigger chance to grow.

Moreover, in traditional kitchens, it is more likely that someone fulfills one specific position for the remainder of his career. For many years I was trained by Yamazato’s previous Executive Chef Akira Oshima. I have learned a lot from Oshima, especially techniques, skills, and speediness. In 2002 I returned to Japan to gain knowledge and experience, and in 2005 I came back to Amsterdam as Chef de Cuisine of Yamazato. Since 2010, I am responsible for the traditional Japanese Yamazato Restaurant and Teppanyaki Restaurant Sazanka, Okura’s other Japanese restaurant. Being the first traditional Japanese restaurant to be awarded a Michelin star in Europe in 2002, Yamazato serves the refined authentic haute cuisine of Japan, kaiseki ryori. 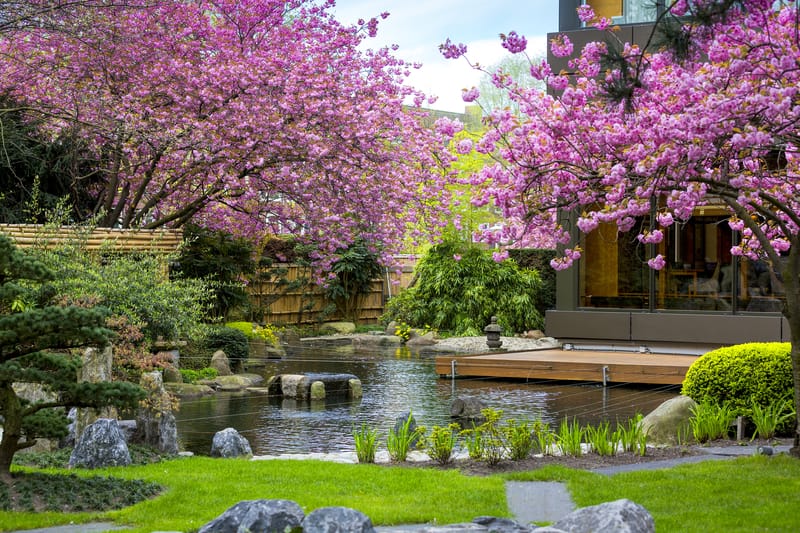 How would you describe the importance of nature in Japanese cuisine? What inspires you the most while preparing these unique dishes? What are you paying attention to while creating new dishes for your new menu?

I certainly get inspired by the season. In the kaiseki cuisine, it is crucial to create dishes that are in absolute harmony with the season. The connection with nature is very important in the Japanese culture, which is why we don’t use only traditional Japanese ingredients, but also incorporate Dutch seasonal food into our menus – such as white asparagus in our spring menu. Moreover, the connection with nature can also be found in the decoration of a dish, e.g. the brilliantly coloured autumn leaves in our autumn menu and the beautiful cherry blossoms during spring. Not only our menus are influenced by the season, but also the flowers in the dining areas, tableware, and kimonos of the waitresses change according to the season. 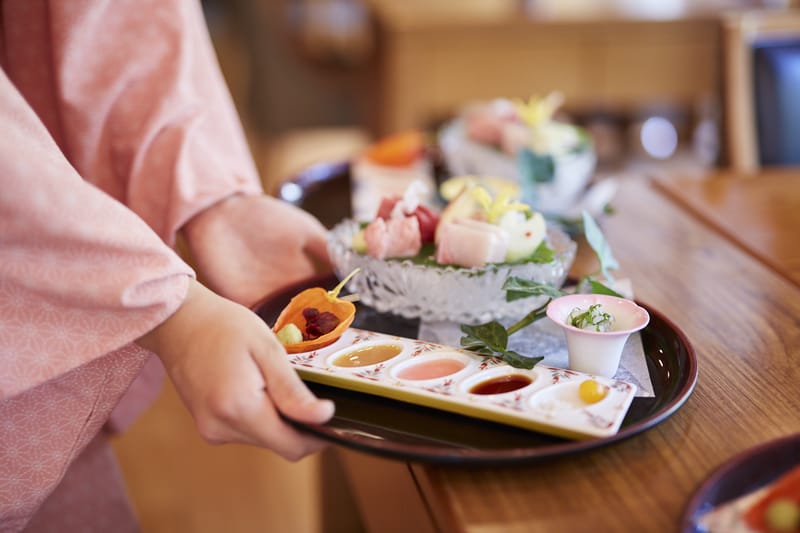 How does it feel to be the Executive Chef of the first Michelin-starred traditional kaiseki restaurant outside of Japan? How did you solve the ingredient supply difficulties that you were experiencing because of being away from Japan?

I am very proud to be the Executive Chef & Manager of the first traditional Japanese restaurant outside Japan that is awarded a Michelin star. When Hotel Okura Amsterdam, and simultaneously Yamazato Restaurant, opened its doors in 1971, the Japanese culture was still fairly unfamiliar in the Netherlands and poorly understood. The first years were hard, as the Japanese chefs found a food culture that was rather different than they had been accustomed to. Many products, including rice, vegetables, and fish were flown in from Japan. Because the cost involved, this was not a sustainable solution in the long run, also because kaiseki ryori tends to pay homage to local ingredients. The chefs did their best to find sufficient European products, and where necessary, they helped food producers to upgrade the quality of their produce. The attention that was given to acquiring the highest quality ingredients, as well as the total dedication given to the preparation and presentation finally conquered the hearts of the Europeans. 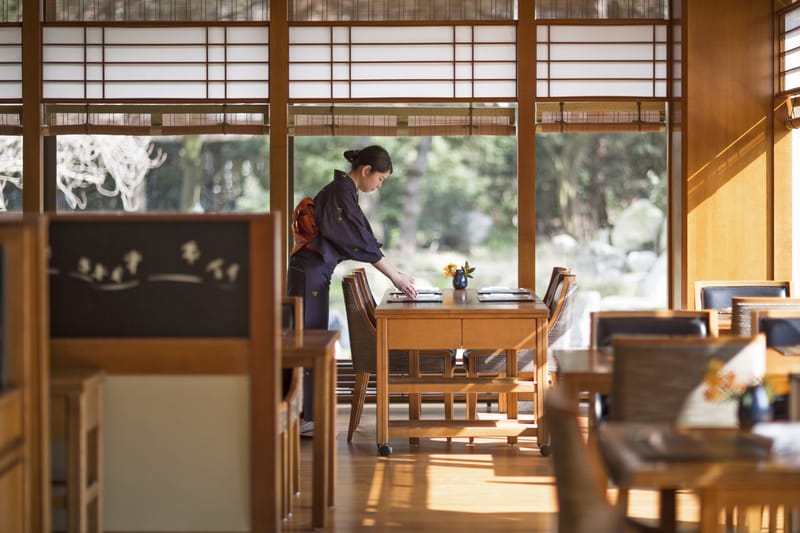 Could you tell us about Yamazato Restaurant and the overall concept?

Yamazato at Hotel Okura Amsterdam serves authentic Japanese haute cuisine, kaiseki ryori. It is the first traditional Japanese restaurant in Europe to be awarded a Michelin star. I lead the acclaimed multi-course experience, and the cuisine focuses on the purity of traditional Japanese ingredients, in a minimalistic, balanced style.

The restaurant is enveloped in Japanese wood, with floor to ceiling views onto the serene Japanese garden. Traditional kimono-clad waitresses serve delicately-crafted kaiseki dishes, while at the sushi counter decades of expertise are on show as chefs prepare sushi and sashimi. Through the sliding screen doors lies the traditional tatami room, ideal for private meetings or special occasions. 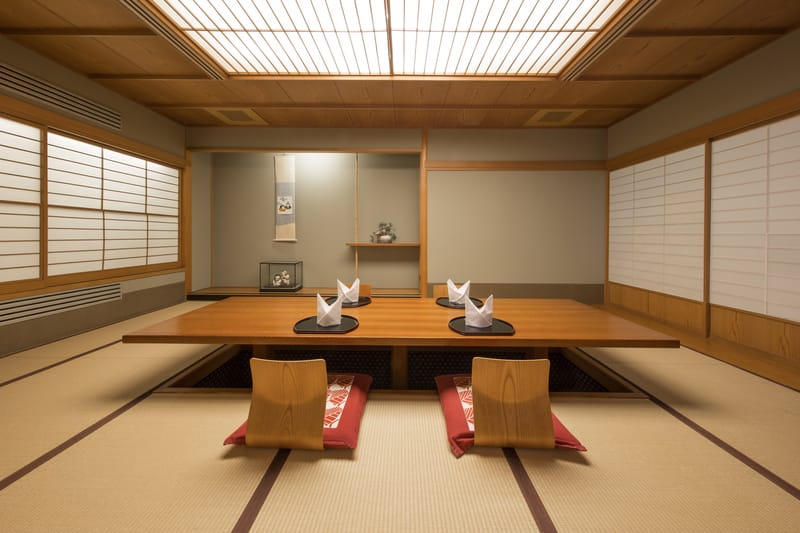 What kind of experiences can your guests live in Yamazato Restaurant?

How could you define the gastronomic diversity of Amsterdam? What is the place of Yamazato Restaurant in this diversity?

Amsterdam offers a great variety of international cuisine. This is Japan. It makes me happy when our guests have the feeling of being in Japan. 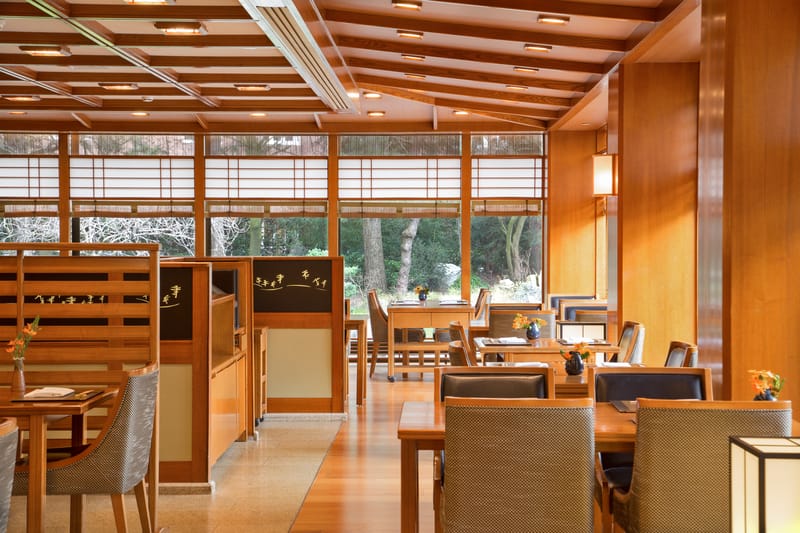 What are the advantages and responsibilities of being a Michelin-starred restaurant?

A Michelin star is definitely the biggest recognition a chef could get. An advantage is that the restaurant is well-known and some guests will visit your restaurants because of this reward.

What advice would you give to young chefs?

I would suggest to all young chefs to discover the world and to get acquainted with other cultures and their cuisine as much as possible.

Thank you Chef Tomikawa for your time.