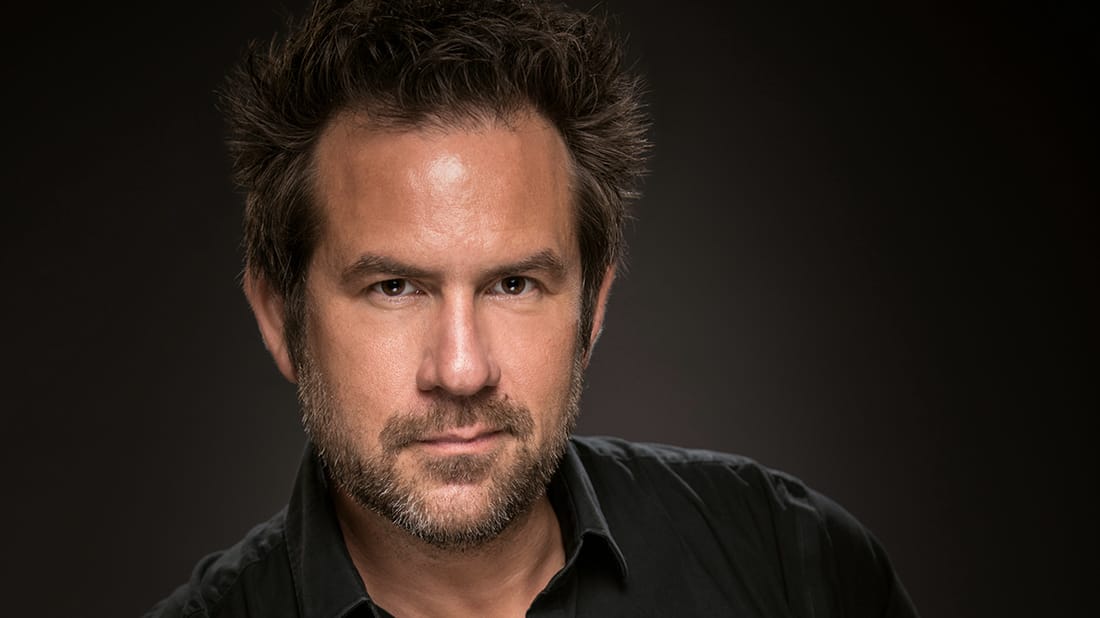 In a single photo, it is possible to see a lot of emotions that cannot be explained in a single book. I don't know how the photographers can do this, but I think this is their common secret. Freddy Fabris was born into a family that was intertwined with art, but was more inclined to a different branch of art than his parents, and decided to pursue a career in graphic design. However, after his passion for photography surfaced, he stepped into the world of photography and started his successful photography career. He founded his own studio in 1998 with the experience of starting as an assistant and climbing all the steps one by one. Since then, Fabris Photography has been offering its clients all kinds of commercial advertising photography services. Freddy, who specializes in advertising photography, has managed to find a place in the art scene with his conceptual series. The Renaissance Series has been an essential role in the recognition of Freddy Fabris in the international community. I talked with photographer Freddy Fabris about his career, The Renaissance Series, and the details of advertising photography.

Freddy, before talking about photography, I would like to learn more about you. When did you get your first camera? Do you remember the first photo that you shoot with it?

My first camera was an old 1970’s Nikon F that was my Dad’s camera, I used it throughout my first year in Andy Goldstein’s Creative photography school, at the time I shot, developed & printed my first images, mostly B/W.

First photos out of that camera where a portrait assignment for the photo school, some grainy slightly underexposed photos of a beautiful friend of mine.

Could you tell us about yourself? Who is Freddy Fabris?

New York born to a French mother and an Argentinian father, both dancers & choreographers, my parents being in the arts made for an interesting upbringing between dance studios and theatre rehearsals, I had an early inclination to drawing and reading, my parents weren’t big fans of TV ( we actually didn’t have one until I was around 11 or 12 years old ) so I read adventure & science fiction books throughout my childhood, looking back I’m pretty sure that fueled much of my creativity, not having a TV around makes you so much more resourceful when it comes to entertainment. 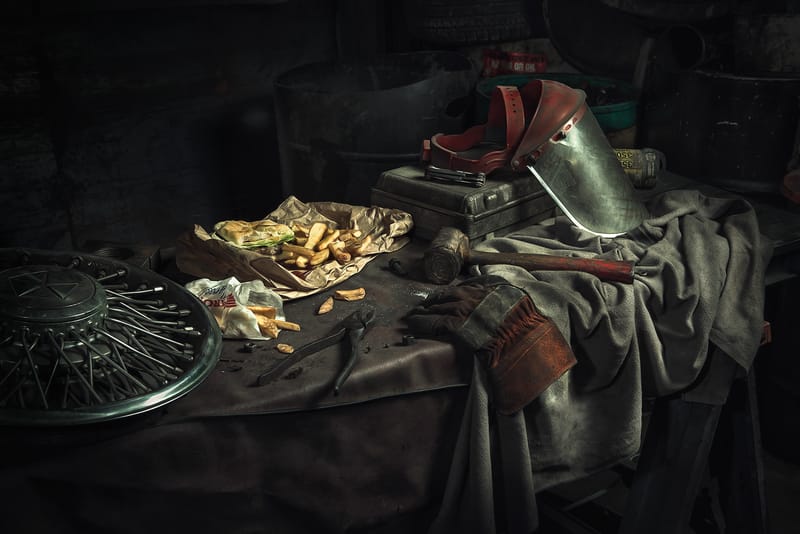 How did you decide to pursue a career in photography and establish your own studio? What inspired you?

I was always inclined to the visual arts, and I initially thought the best way to blend together my passions in the adult world would be to become a Graphic Designer, I was studying both creative photography and painting ( both great disciplines I thought would enhance my future Graphic Design career, which eventually I never pursued… )

After a year in creative photography school, I got a position as a photo assistant at an advertising photo studio, a year later I was the 2nd shooter at that studio overseeing the production team and three assistants ( I guess I was a quick learner ) a year and a half after that, I opened my own studio, the rest is history.

Could you tell us about Fabris Photography and your team?

I am the head creative for a diverse team of talent, since I shoot a broad variety of subjects, from large scale advertising projects to my latest fine art conceptual series, I put together specific teams depending on the project at hand. 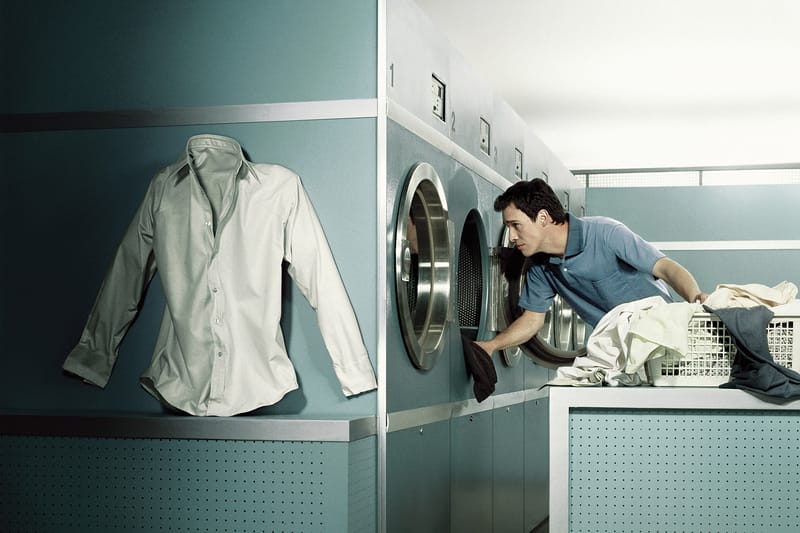 What kind of services do you offer to your clients?

How did your interest in advertising photography has begun? What is the most special aspect of ad photography for you?

I started as a photo assistant, and at the time it was the most amazing learning experience, I would go into the studio on weekends to explore light setups and practice shooting with friends as models, I was learning so much while working, and then I would apply that to my own creative projects.

Looking back, I think the Ad world helped me grow by pushing my own boundaries, also, you learn to work under pressure, big ad projects involve a lot of complex creative problem solving ( not to mention budget, client & deadline issues ) 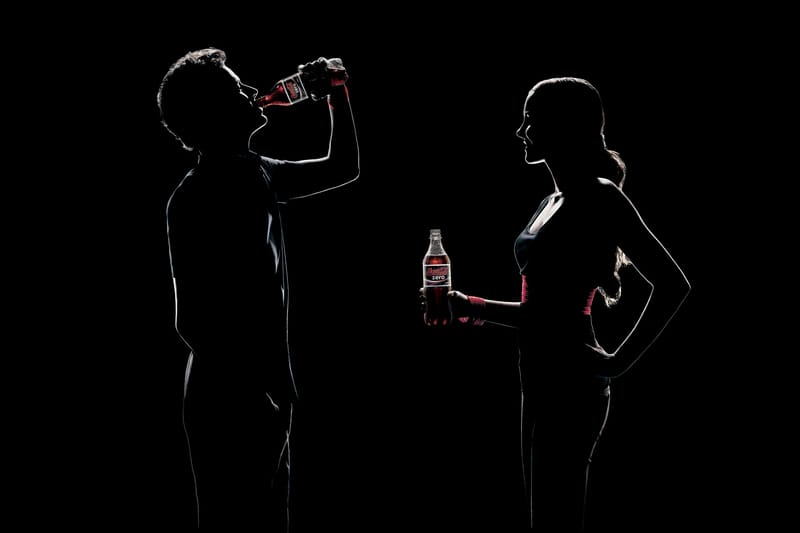 You have worked in numerous campaigns for many globally recognized brands such as BMW, Adidas, and Coca Cola. What are the key points that you pay attention to most before accepting a new project?

I would refer to the “time-quality-budget” triangle, I avoid projects that are extremely rushed, some things in the pre-production process require a certain amount of time that can’t be skipped or rushed ( for example: casting, location scouting, set building, etc )

I prefer to deal with an under budget project ( if the creative appeal makes it worth the effort ) than with a rushed project, you learn through experience to foresee which projects might be trouble from the get-go, generally by an unrealistic schedule or/and budget planning on the agency/client side.

How would you describe the effect of the quality of the ad photo on the customers' decisions?

I guess it depends a lot on the product and the concept behind the campaign, some products rely heavily on aesthetics, others rely more on humor or a strong message, I feel what is most important is that the feel & look of the image and the message are coherent with the brand.

Portrait photography has an important place in your career. What do you enjoy most about photographing people?

That moment when they warm up to the camera, and they open themselves, that’s when the magic starts. 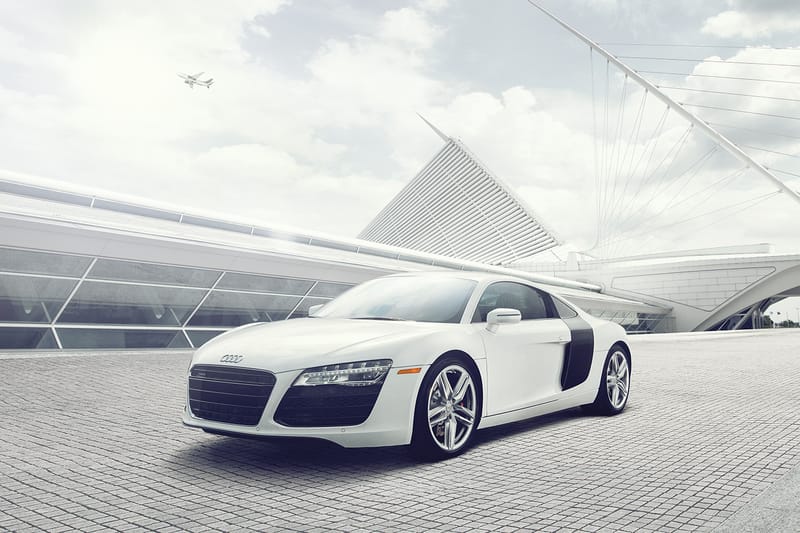 What kind of other photography fields do you like to work on?

Besides my conceptual work, I really enjoy shooting cars, I find them to be very sexy, as with a model, you need to find their character through the right light mood and then the beauty of their design by positioning the camera in the right angles. 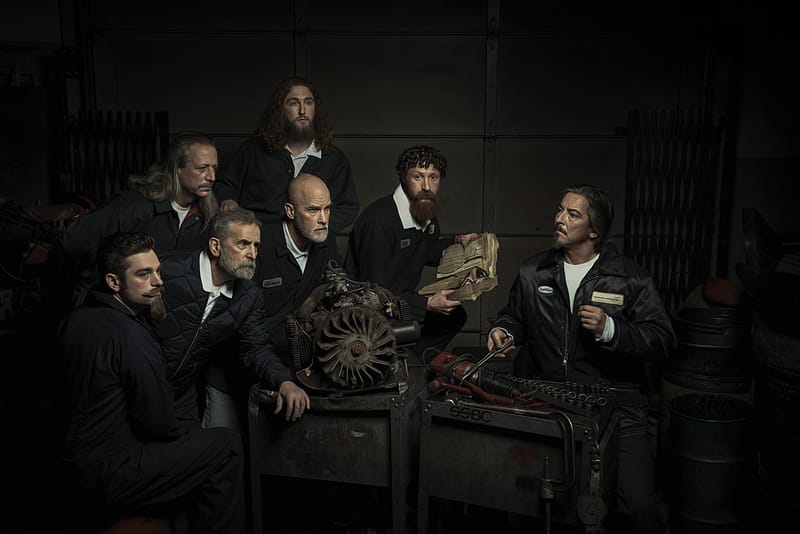 What are the advantages of being an award-winning photographer? Could you tell us about the awards that you won?

Awards are a nice recognition of your work, I have worked on lots of Ad projects that have won awards, but the greatest thrill was to get recognition for my personal conceptual work, my Renaissance series won the American Photographic Artist’s Conceptual photography award, a 1st Place at the International Color award & the One Eyeland Silver award.

Besides your awards, could you tell us about your exhibitions? How does it feel to accept congratulations?

Well, seeing your Ad work on a billboard is one kind of feeling, it’s very rewarding but at the same time somewhat ephemeral, creating work to be exhibited at an art show or a museum that people eventually buy to hang in their home is totally different and to be a much more fulfilling & humbling experience.

When my Renaissance series went viral, I was swamped with emails and comments on my work, it was such a humbling experience, getting that kind of attention can be overwhelming, but an incredible learning experience as well. 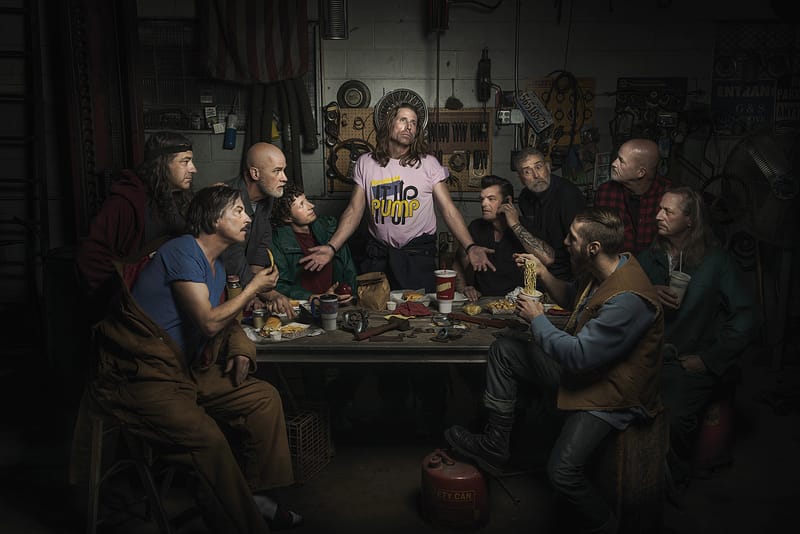 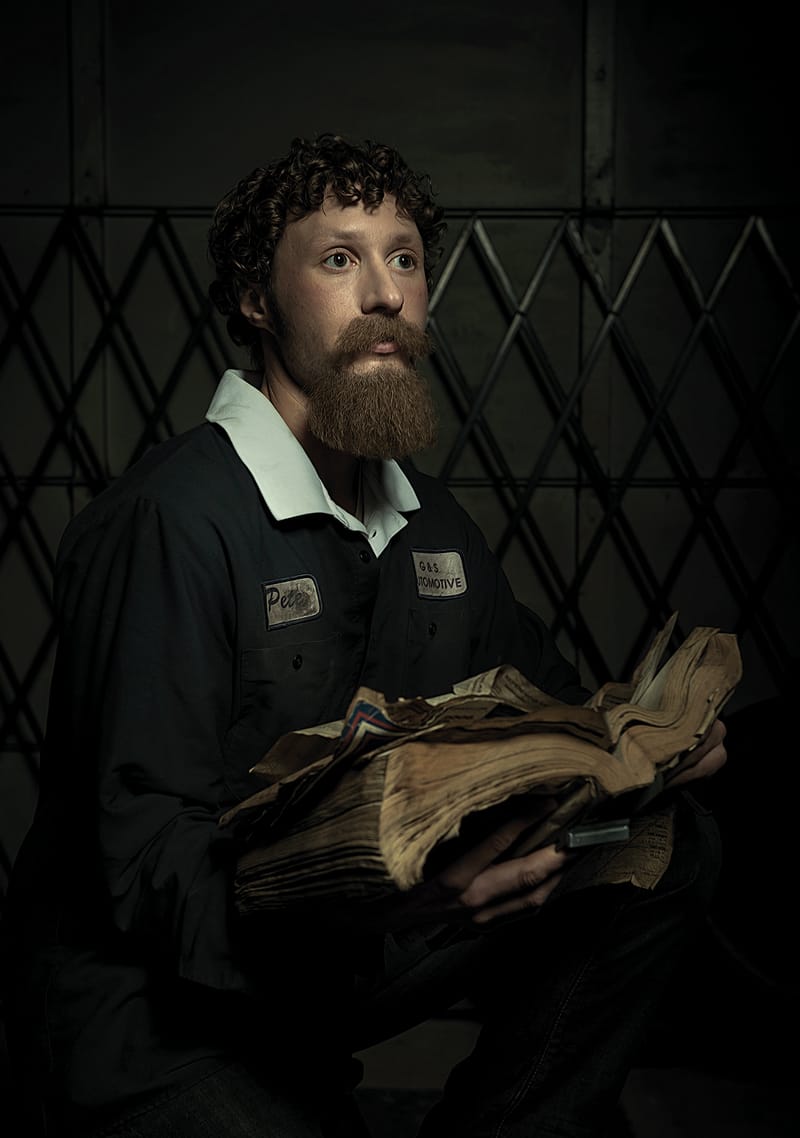 Is it possible for abroad clients to work with you for their projects in their own countries?

Absolutely, I have shot on many different locations, from the Frank Gehry Disney concert hall in LA for Victory motorcycles to the Azteca soccer stadium in Mexico city for Adidas or the jungle in Central America for a Polar beer calendar, It’s all about having a solid production team, my head international producer and a killer local production house are the key for me to land anywhere around the world and hit the ground running. 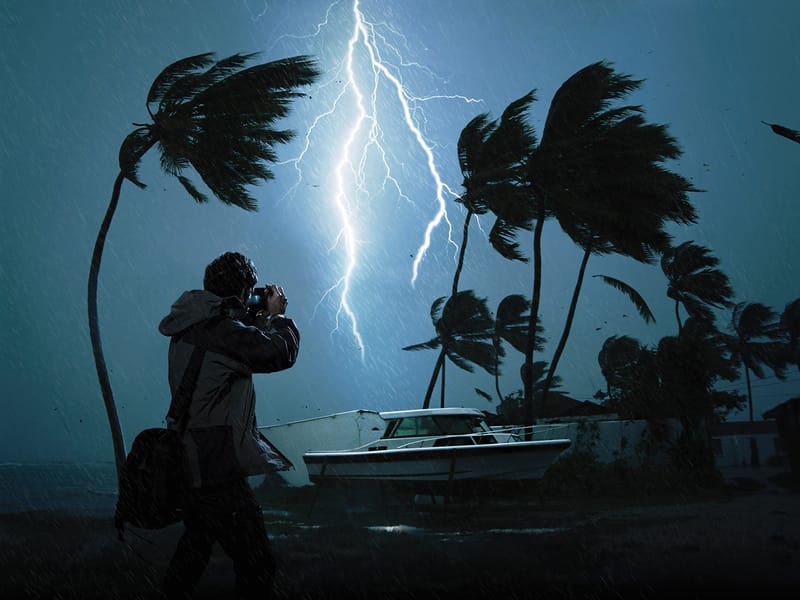 Which factors determine the project budget?

It varies a lot depending on the project, but mostly usage, production timeframe, size and complexity, a closer deadline generally requires more crew, longer days mean overtime ( which generally is more expensive than an extra day of the shoot ) same with post-production.

What are your expectations from your clients for a successful collaboration?

Once the project is awarded, it’s important that everyone involved is open to each other's ideas and suggestions, collaboration is key for success. 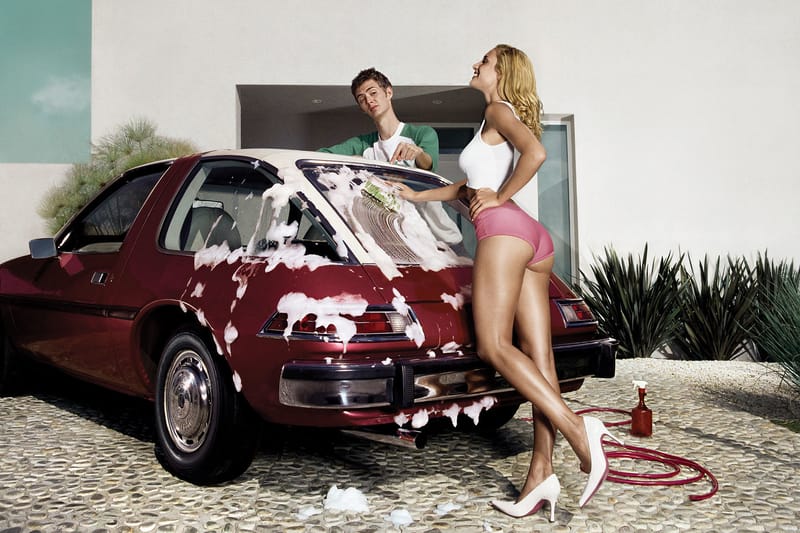 Smartphones and affordably priced DSLR cams made everyone is more enthusiastic about photography. How did this affect the professional photography industry?

I think the affordability of technology has affected a broad spectrum of industries, not only a professional photo and video, especially with the advancement of AI and GPS technologies, a lot of skills & professions might be eventually redundant, there are AI based apps for legal services and soon driver-less trucks.

Personally, I think creative tools made affordable and for everyone to explore their talents is a great thing, for someone to be able to make a film with their phone is mind-blowing.

On the other hand, yes, this has affected the industry, it makes it harder for us pro’s because it has opened the door to a lot of mid-level work that kind of looks pro and some clients go with it just to cut corners.

Anyway, at the end of the day, lots of people seem to have talent, I guess the question is: Do you have something to say? Do you have a voice of your own or are you just mimicking the latest trend? 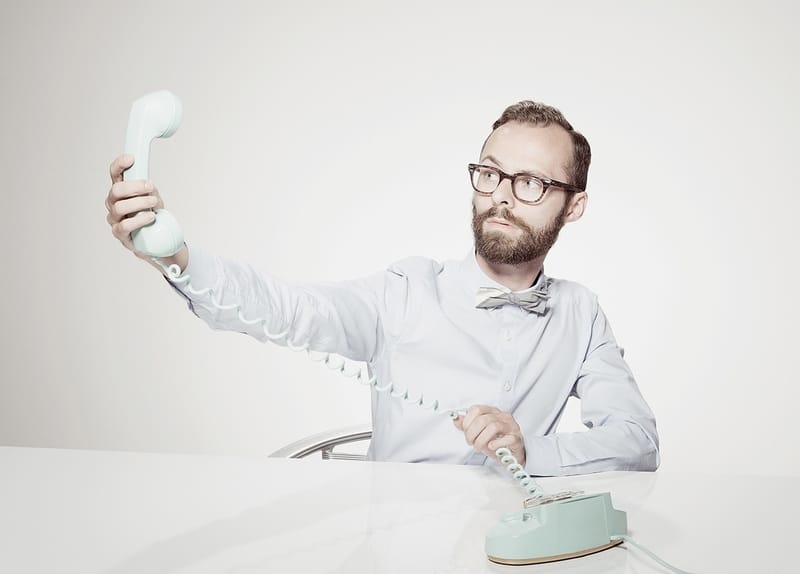 What advice would you give to photographers who want to pursue a career in photography? How could they choose the right specialty?

What is your favorite photograph that you have ever taken?

Probably one I haven’t shot yet, it’s very difficult to pick just one, I have a lot of good memories and fun stories behind each one, but let's say that right now my favorite is my latest piece for my Renaissance series, which is an adaptation of La Pieta by Annibale Carracci. 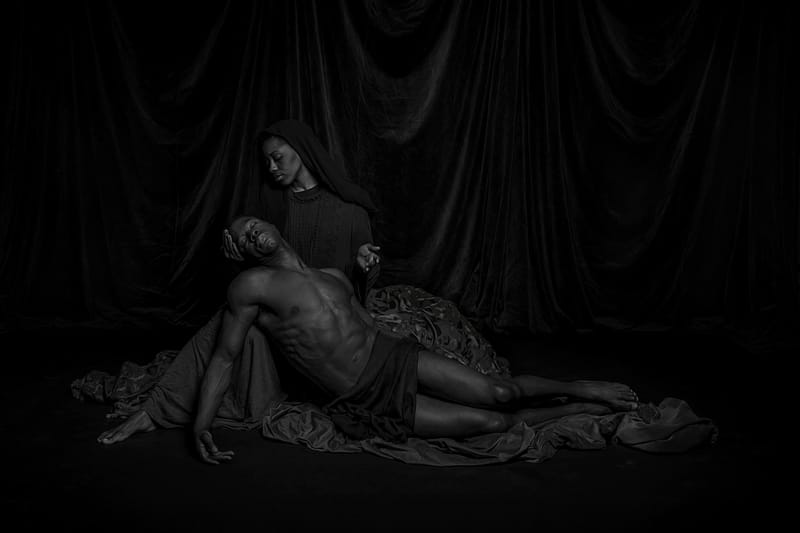 What do you think about social media? How can our readers follow you?

Well, in my case it was a bit of a crash course when the Renaissance series went viral, it was totally unexpected. The editor of the Huffington post Art section asked me if I wanted to collaborate with them and write a blog post on the Renaissance series, I immediately agreed, and in the following days after it went online things got really crazy, it got picked up I think by Bored Panda first, where it went up to 870k views and 390k Facebook re-posts, and from there it just snowballed, Reddit, Spiegel (DE), Daily Mail (UK), Graine de Photographe (FR), Petapixel, Fotolia US,My Modern Met, ArtNet, Telegraph (UK), Mashable, Cnet, and many others, my inbox exploded, I had to put together a press release of sorts for blogs and portals to use, Art galleries where calling, insane stuff.

Overall I think it’s great that we have all these platforms to share our content, I love to see people that are creative and resourceful.

You can find me on Instagram @freddyfabrisphoto, and at www.fabrisphoto.com

Working on new concepts for the Renaissance series, and developing several other new series for my portfolio.

Thank you Freddy for your time.