Stratolaunch Systems Corporation, founded by late Microsoft co-founder Paul Allen, celebrates the achievement they have accomplished. Stratolaunch, the world’s largest aircraft by wingspan, flew for 2.5 hours over the Mojave Desert. 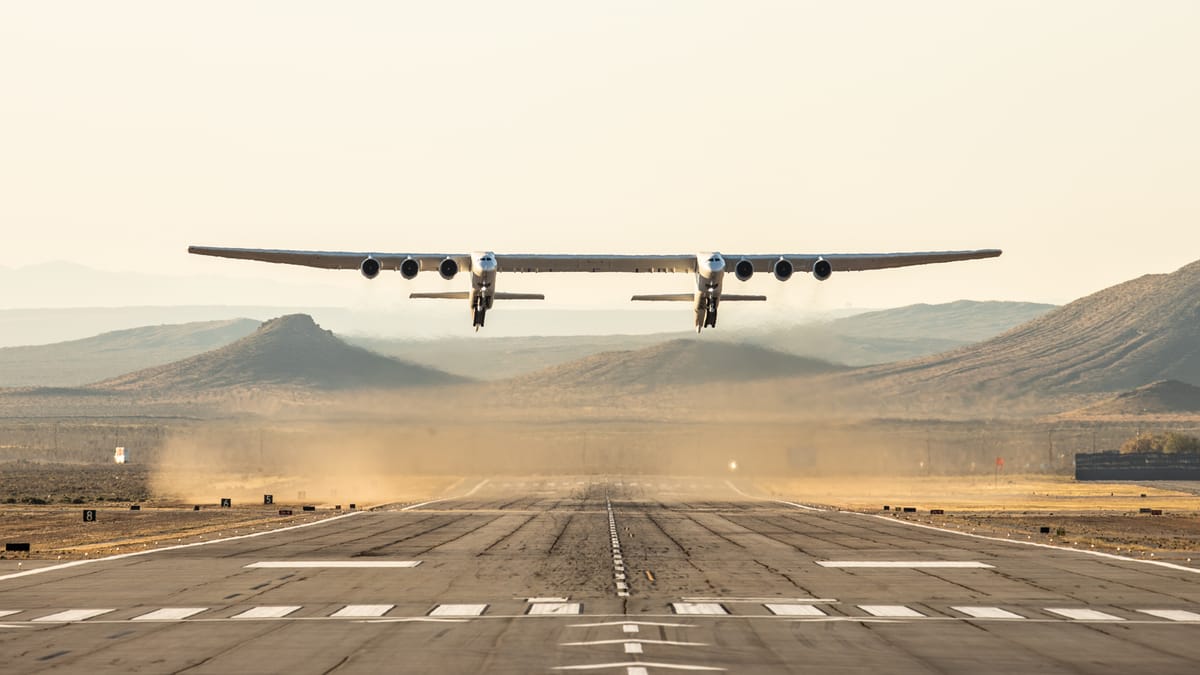 Aviation means innovation. There is a constant struggle between manufacturers to design aircraft that always fly farther, reach higher altitudes, are more load-bearing, and faster. This struggle brings with it innovative developments. In order to contribute to humanity, Paul Allen founded a brand new aerospace company Stratolaunch Systems Corporation in 2011.

The company has been working on the Stratolaunch project since its first day and has collaborated with Scaled Composites, one of The Northrop Grumman subsidiaries. As a result of eight years of hard work, Stratolaunch took the most significant step on the road and successfully completed its first flight. The Stratolaunch aircraft took flight from the Mojave Air and Space Port on April 13, 2019, and landed successfully at the Mojave Air and Space Port after 2.5 hours of flight. 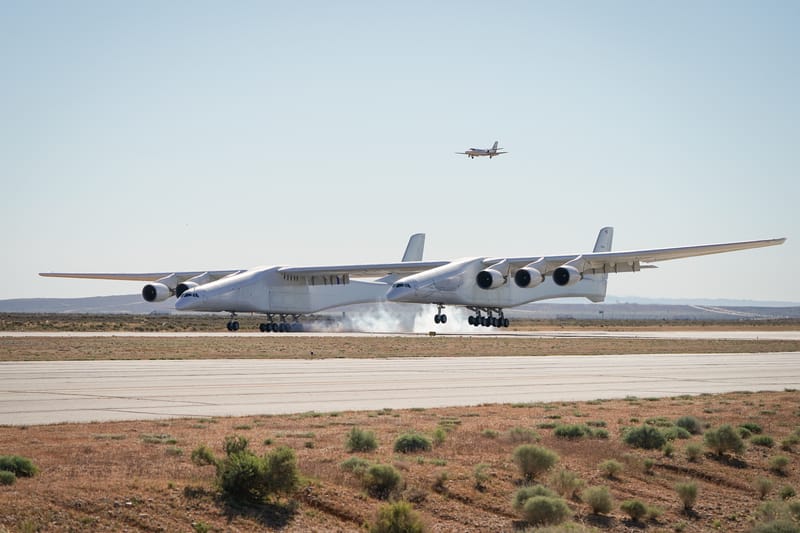 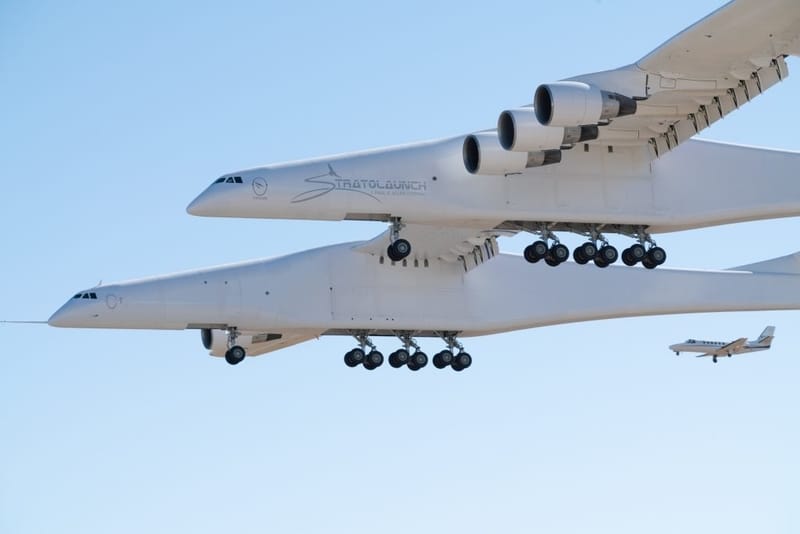 With a dual fuselage design, six 747 jet engines, 28 wheels, and 385-foot wingspan, the Stratolaunch opens new era on space missions. With all these aerodynamic and structural features, the Stratolaunch can carry multiple launch vehicles, weighing up to a total of 500,000 pounds.