Google celebrates the 57th birthday of Egyptian writer and doctor Ahmed Khaled Tawfik with Doodle, which contains glaring details from his books. 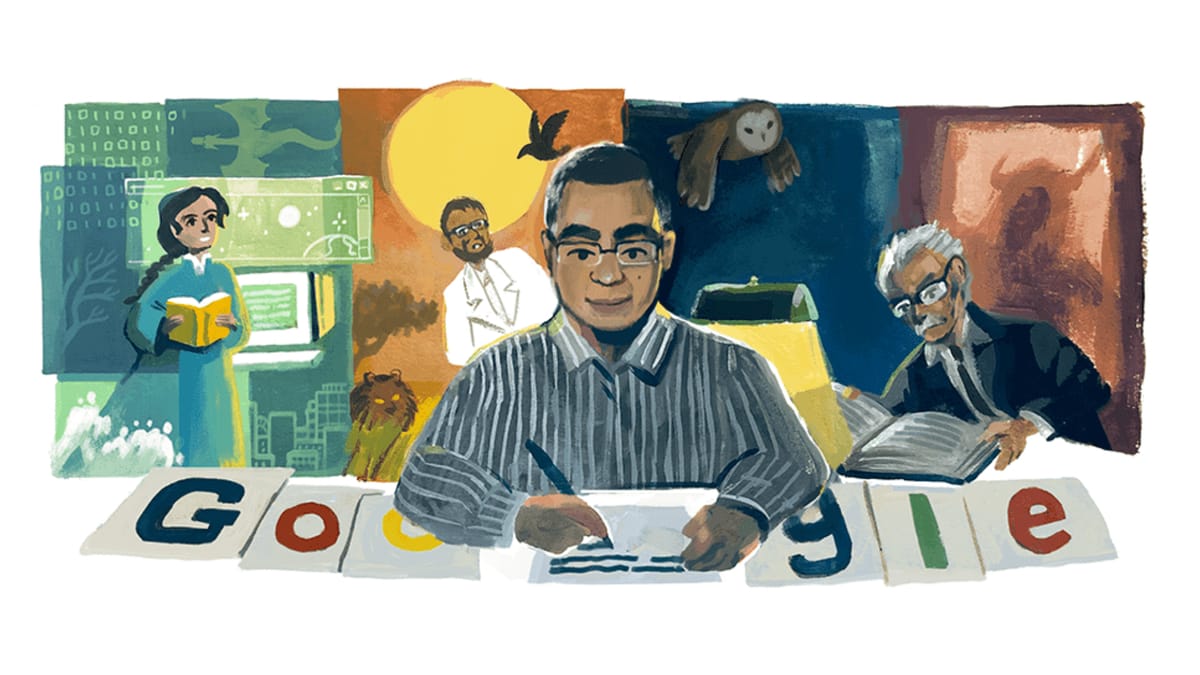 Ahmed Khaled Tawfik was born on June 10, 1962, in Tanta, Egypt. he was born in a house full of books. His father had a library of various books, and he grew up reading them. Inspired by the books he read, he began writing adventure stories from the age of 10.

However, he thought that it would not be the right decision to continue his life by writing only books, and he attended medical school. A successful student life, Ahmed Khaled Tawfik earned a Ph.D. in tropical diseases. He continued his academic career, and he became a professor at the school he graduated from.

He kept his writings on the shelves for many years and sent some of his works to publishers when he believed it was time. In January 1993, his first works, Ostorat Masas Al Demaa'a and Ostorat Al Rajol Al Tha'eb, were published and received great acclaim.

In addition to his responsibilities and duties at Tanta University, he also wrote more than 500 books during his writing career. Ahmed Khaled Tawfik said he started writing because he could not find horror and sci-fi novels written in Arabic. Ahmed Khaled Tawfik is considered one of the pioneers of Arab literature on his age. He passed away on April 2, 2018, and is remembered as one of the most prolific writers of his time.

Paranormal, one of Ahmed Khaled Tawfik's novel, will be adapted as a television series by Netflix. Egyptian director Amr Salama will direct the production.