Google celebrates the 108th birthday of Ernesto Sábato, one of the most respected authors of Argentine literature, with Doodle, designed by Kevin Laughlin. 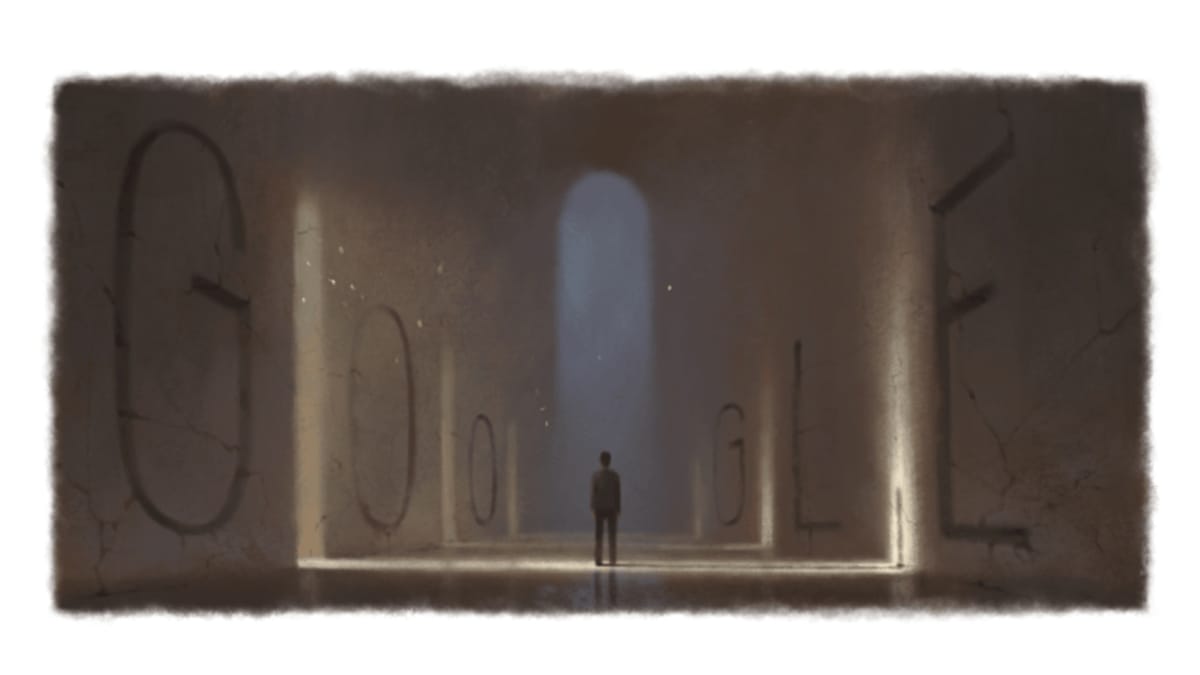 Ernesto Sábato June 24 was born in 1911 in Rojas, a small town near Buenos Aires. Ernesto Roque Sábato studied at the National University of La Plata from 1929 to 1936 and received his Ph.D. (doctorate in physics) in 1937. He won a scholarship for the Curie Institute in Paris and did postdoctoral work on cosmic radiation. Before returning to Argentina, he studied physics at the Massachusetts Institute of Technology and completed his educational life.

While studying in Europe, Ernesto Sábato interacted with surrealists such as Wilfredo Lam and André Bretón and began to tend to literature rather than science.

After returning to Argentina in 1940, he began his teaching career at the Universidad Nacional de La Plata, and taught theoretical physics until 1945. Then he started to write for the literary department of La Nación, one of the leading newspapers in Argentina.

Ernesto Sábato published the novel El túnel (The Tunnel) in 1948, which brought him recognition from the international community. His second novel Sobre héroes y tumbas (On Heroes and Tombs) was published in 1961. His novels have been translated into more than 30 languages.

Ernesto Sábato, who seeks excellence in his works, may have created very few works for this reason. In 1984, Ernesto Sábato received the Cervantes Prize, the most prestigious award of Hispanic literature. This prize placed him among the unforgettable authors of the literary world.

Ernesto Sábato, who married Matilde Richter in 1936 and lived together until his wife's death in 1998, passed away on April 30, 2011, in Santos Lugares, Argentina.

On the 108th birthday of this famous author, Google released a special Doodle for the memory of Ernesto Sábato, showing its respect for literature again. Designed by Doodler Kevin Laughlin, Doodle was inspired by the author's The Tunnel novel and refers to the issues that he shed light throughout his career.