Today's Doodle, designed to celebrate the 88th Birthday of Jacques Demy, the distinctive French director, sheds light on the highlights of his career. 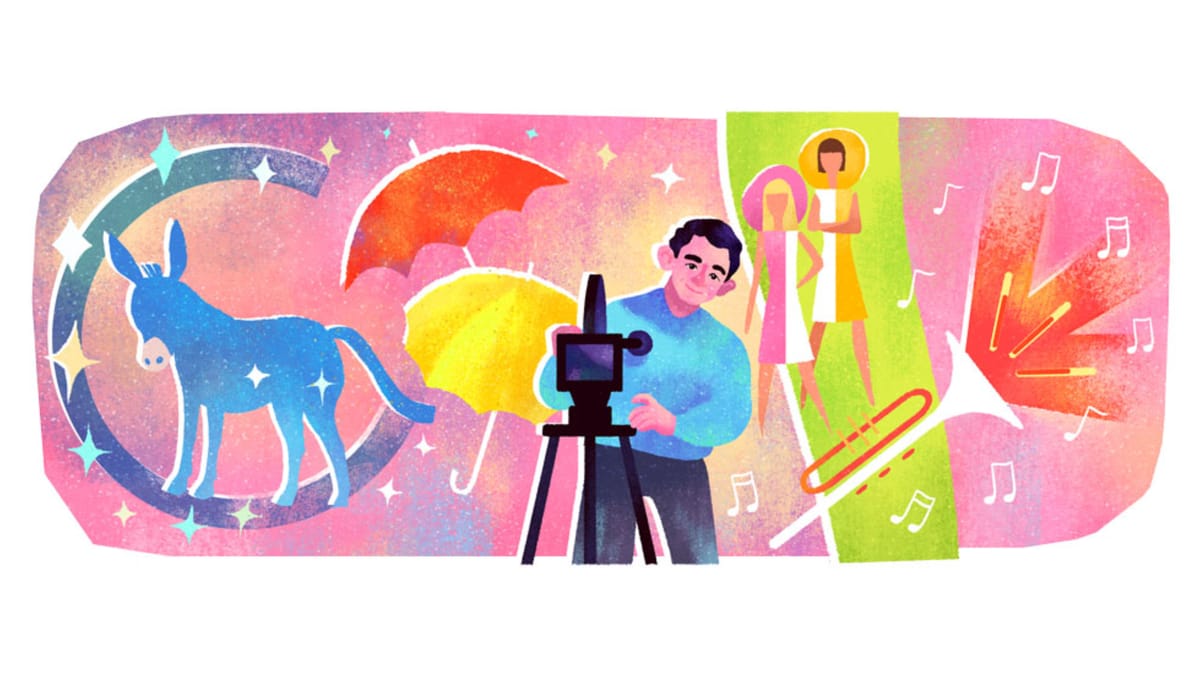 Jacques Demy, a French director, was born on June 5, 1931, in Pontchâteau, France. At an early age, he fell to the spell of cinema, and Jacques drew up a career plan in line with his wish. Jacques Demy became a part of the Nouvelle Vague movement with his close friends consisting of new generation French directors. Nouvelle Vague movement is consists of directors whom direct films to express their personal artistic views rather than to gain commercial gain.

He made his own puppet shows, and animation works at home, and when the time comes, he studied at France's Technical School of Photography and Cinematography in Paris. Before directing his first production, in the 1950s he had the chance to assist animator Paul Grimault and director Georges Roquier and gain unique experiences.

His first feature film is 'Lola', which is one of the symbolic films of the French Nouvelle Vague movement, shot in 1961, and is considered as one of his finest works. In 1963, he completed his second film 'La baie des anges'. However, the film that gave Jacques Demy recognition was 'Les parapluies de Cherbourg' in 1964. Jacques Demy won the Palme d'Or at the Cannes Film Festival for his feature film and was nominated for five Academy Awards, including the Best Foreign Language Film. This film also brought Catherine Deneuve to the spotlight.

Inspired by the American musical classics, Jacques Demy tributes to the Hollywood classics in 1967 with 'Les Demoiselles de Rochefort' and showed his creativity and romantic side in this film.

Jacques Demy reflects himself in every single one of his works and has an essential place in the heart of the audience. Google celebrates the 88th Birthday of Jacques Demy, who passed away on October 27, 1990.