Google celebrates the 117th birthday of Jeong Ji-yong, Korean writer, translator, and teacher, with Doodle, which reflects his imagination. 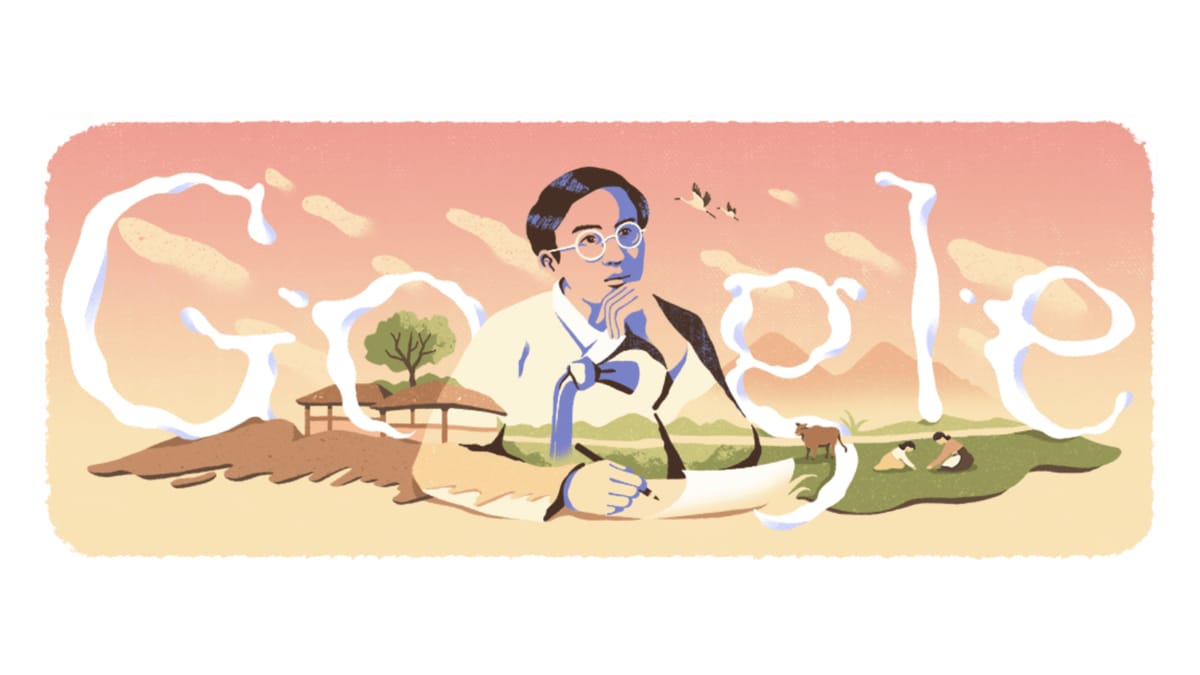 Jeong Ji-yong, a Korean poet, was born on May 15, 1902, in Okcheon-gun, Chungcheong Province. He lived his childhood and most of his life during the Japanese occupation of Korea. He completed his high school education at Whimoon High School and published his first poem in 1919.

And then, he decided to change the course of his life and went to Doshisha University in Kyoto, Japan, to study English. He wrote a thesis on British writer and artist William Blake.

As a poet living in a country different from that of his native land, Korea, Jeong Ji-yong expressed his longing for his home. Jeong Ji-yong's most famous poem "Nostalgia" was published in 1923. This poem was so popular that it was adapted as a song and became one of the most popular songs played on Korean radio.

Jeong Ji-yong is considered to be one of the most important poets of Korean poetry and even described as the first modern Korean poet. Until his death in 1950, Jeong Ji-yong continued writing and publishing poetry. And as an English teacher, he taught English at Whimoon High School and then at Ewha Women's University.

The Jeong Jiyong Literature Prize, organized in the name of Jeong Ji-yong for the first time in 1989, awards emerging poets and keeps his name and legacy alive.

Google celebrates the 117th birthday of the famous Korean poet Jeong Ji-yong with the Doodle created by Seoul-based guest artist, Mikyung Lee. Having met Jung Ji-Yong's poems during his high school years, Mikyung Lee researched and inspired the life story of the famous poet while creating the Doodle that would best represent him. Inspired by "Nostalgia" poetry, the artist created this stylish and meaningful Doodle, which celebrated the birthday of Jeong Ji-yong.