After five years of renovation, The Smithsonian National Museum of Natural History reopened the David H. Koch Hall of Fossils - Deep Time, where dinosaur fossils will be on display. 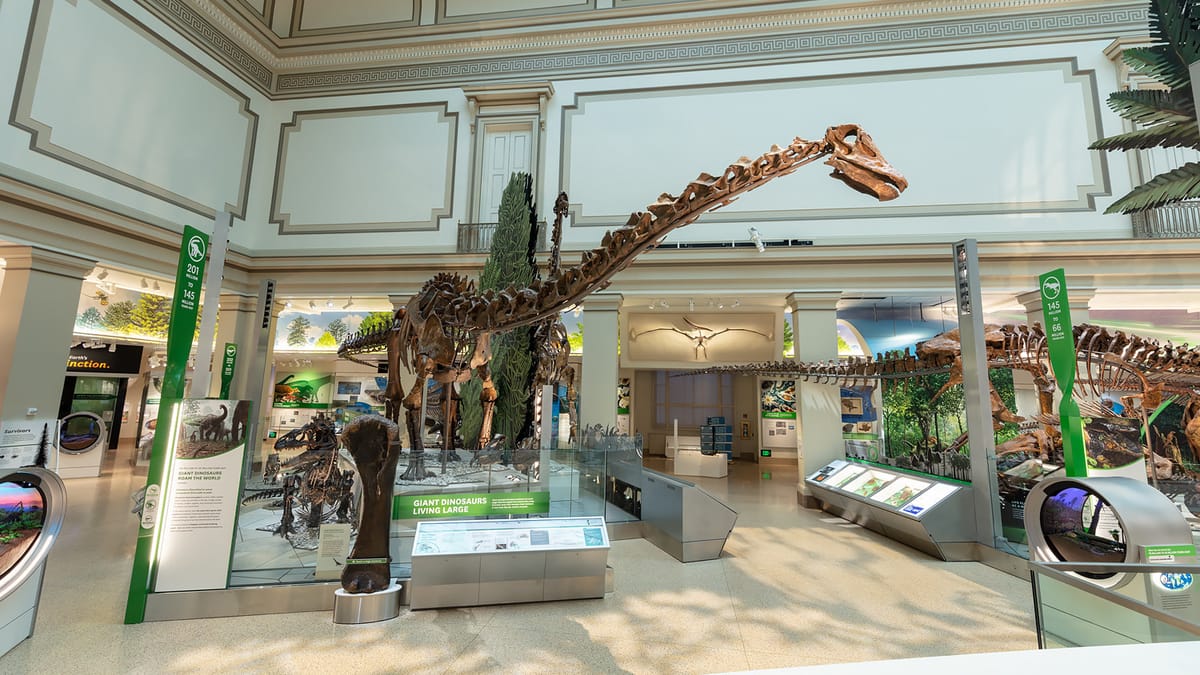 When we talk about prehistoric ages, the first animals that come to mind are dinosaurs. Nowadays, we have the opportunity to see only fossils of these extinct animals. Dinosaur Hall, which is one of the essential parts of the Smithsonian National Museum of Natural History, is one of the most special places to experience dinosaur fossils.

After three renovations in the 1960s, 1980s, and 2000s, Dinosaur Hall had some changes in its characteristics. The executives of Smithsonian National Museum of Natural History decided to restore Dinosaur Hall to its original form.

Philadelphia based architectural firm EwingCole has taken this responsibility. EwingCole's architects, who determined that the windows, above the hall which was illuminated the hall by daylight, were closed during the previous restorations, uncovered the skylight and exterior windows for the natural light to illuminate Dinosaur Hall again. In addition, architects restored internal details and improved old infrastructure with modern technologies. 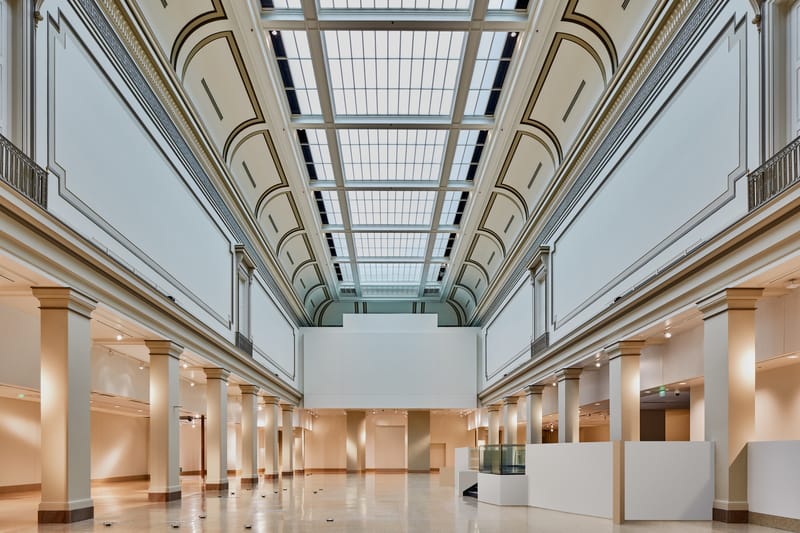 In the restoration works, re-creations such as wall details were made using old techniques. However, technological additions have also been realized, and one of the most interesting ones is FossiLab. The all-new FossiLab is conceived as a fully functional interactive section, allowing visitors to see the behind the scenes of paleontological research.

Dinosaur Hall reopened on June 8. Dinosaur Hall, which gained its original appearance in the 1910s and incorporates the technology of the 2020s, is waiting for its visitors who want to discover the mystery of dinosaurs. With Dinosaur Hall and its other parts, The Smithsonian National Museum of Natural History invites everyone who wants to take a deep look at history.