With the participation of RMS Queen Elizabeth, Cunard celebrated the July Fourth holiday and the grand opening of 'The Cunard Story' exhibition hosted by the Queen Mary. 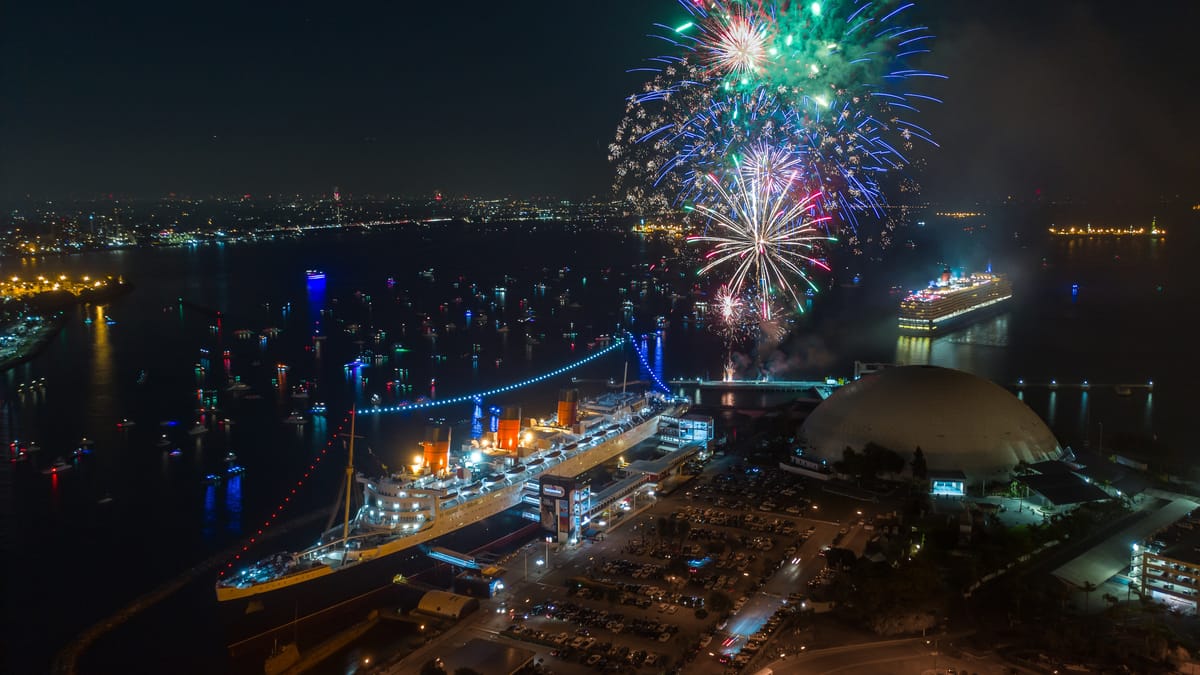 Cunard brought its youngest ship, Queen Elizabeth, to the celebrations at Long Beach harbor. At the opening of 'The Cunard Story' exhibition on The Queen Mary's onboard, Queen Elizabeth's captain Inger Thorhauge saluted the legendary Queen Mary by sounding her horn. Guests on two ships celebrated both the opening of the exhibition and the July Fourth holiday, with a spectacular fireworks show.

The Queen Mary, which made her maiden voyage in May 1936, was considered as the largest ocean liner of her time, is now located in the Port of Long Beach and offers an unforgettable experience to its visitors as a symbol of maritime history with its authentic Art Deco dĂ©cor.

With 2,081 passengers, Queen Elizabeth attended the Long Island celebrations on her return from Alaska. She met with The Queen Mary and saluted her, and she's on her way to the next destination.