Wherever you go, sen7 fragrance atomizers make it possible to bring your favorite fragrance with you. I talked with Karl Alexander Kaehler about sen7 Fragrance Atomizers.

Perceiving the need and inventing solutions enables the development of new products and improving the quality of our lifestyle. sen7 fragrance atomizer is an innovative product that Karl Alexander Kaehler has developed to solve a problem that he faces in his daily and business life. Karl Alexander Kaehler realized that splitting things into small pieces was the key to the solution, and he developed lighter-sized sen7 fragrance atomizers instead of carrying bulky perfume bottles. Following the success of sen7 original, the first version of fragrance atomizers developed by Karl Alexander Kaehler, the collection expanded with brand new models in different designs and functionalities. The sen7 twist, which won the reddot design award, the sen7 fiZZ for those who like to make a difference with their styles, and the high capacity sen7 style for those who use more fragrances all day long, bring rational innovation to their users with many different color options. One of the most important features that make a product special is to facilitate the user's life easier; that's what sen7 exactly does. I talked to Karl Alexander Kaehler to hear the story and features of sen7 Fragrance Atomizers from its creator.

Karl, before talking about sen7, please tell us about your background and industrial experiences. I started working in the watch industry in 1994. At that time, the company I worked for was supplying watchbands and straps to German and Swiss watch companies and spare watch bands to warehouses. In 1999 I founded my own company, Max Time GmbH (named after my son Maximilian), seeing a demand for more watch components than just watch bands. So we started supplying all components necessary for building a watch: cases, dials, movements, and hands.

We do not produce those components on our own. We source them all over the world, mainly in the Far East, means China, Taiwan, and Korea. But some items we also let produce in Germany or Switzerland for example. We are a highly specialized service provider helping our clients to get the products they need from the best suppliers all over the world.

In the meantime, we also supply accessories such as cufflinks, key holders, or tie holders. We also started making complete watches, not just the components, including packaging and the necessary after-sales service. Our customers are well-known Brands from Germany, such as BMW, Mercedes-Benz, and Porsche, just to name a few. 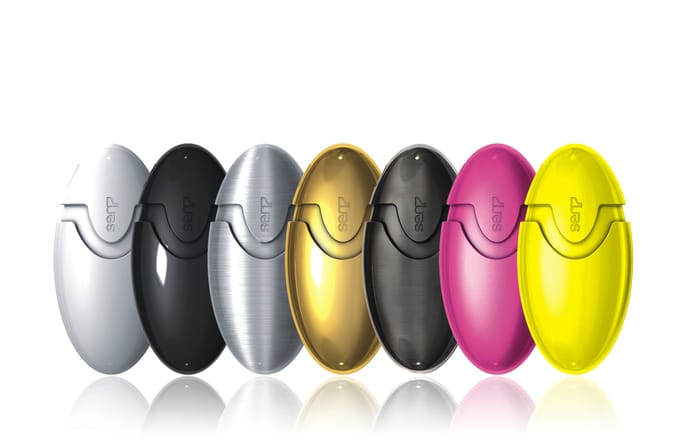 Why did you decide to design sen7 Fragrance Atomizer? What inspired you?

In 2007 we did a series of accessories for our client Audi after they launched their first Supercar R8: an R8 key holder, R8 cufflinks, and an R8 lighter. This series was beautiful, made in stainless steel with carbon fibre inlays that emphasized the high-end materials used for the Audi R8.

At that time I was travelling a lot, and I always felt it’s a shame I could not smell good after a long day sitting in the car, the plane or a conference room. I asked myself why there is no small device exist that allows me to easily carry MY perfume with me, all the time, and that allows me to freshen up my smell anytime. I thought it would be perfect to have something in the size of a lighter, just as the one we did for the R8, only filled with perfume instead of gas. This is how the idea of sen7 was born. In the next 12 months, we developed such a device, handy and of superb quality, with the possibility to fill in my own fragrance. 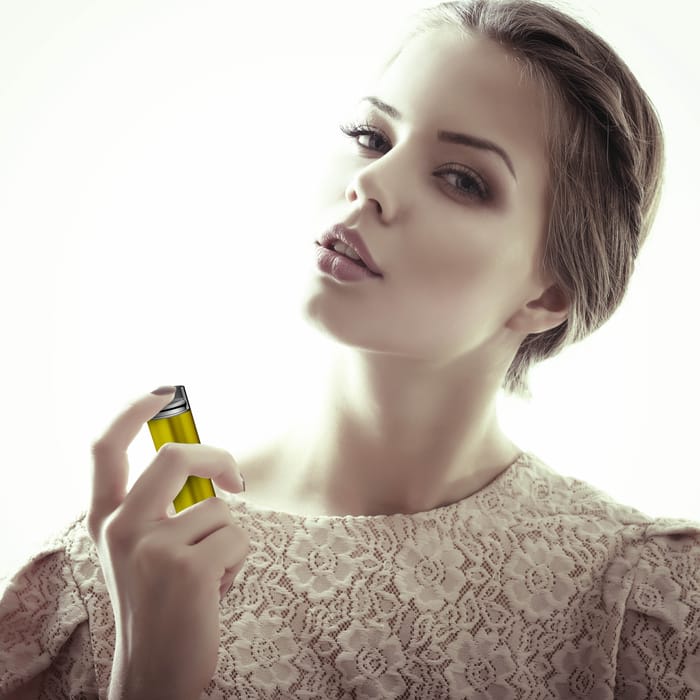 What is Fragrance Atomizer? Could you tell us about sen7?

The sen7 fragrance atomizers are small lifestyle accessories that allow you to fill in a small amount of your own perfume, between 3.5 and 7.5ml depending on the model, and to carry it with you easily. Forget about the big perfume bottles. Whether on doing sports, on clubbing, in business or on travel: with sen7, a high-value universal atomizer, there are set no boundaries to the spontaneous use of the favourite perfume and the small refreshment in between. How does it work? What type of fragrances is usable in sen7? If we would decide to change our fragrance, do we need a new sen7?

I always answer this question with a yes. I also don’t use the same perfume all day. During the day, I use a lighter fragrance. I don’t want to bother anybody in the office with my smell. But in the evening I also like wearing heavier perfumes, perfumes with oud for example. And as I don’t want to clean my sen7 all the time, I rather have two, or even more...

What are the advantages of using sen7 in our daily life?

As mentioned before, one can spontaneously refresh with perfume in between. The application of perfume is not limited to the bathroom before one leaves the house. 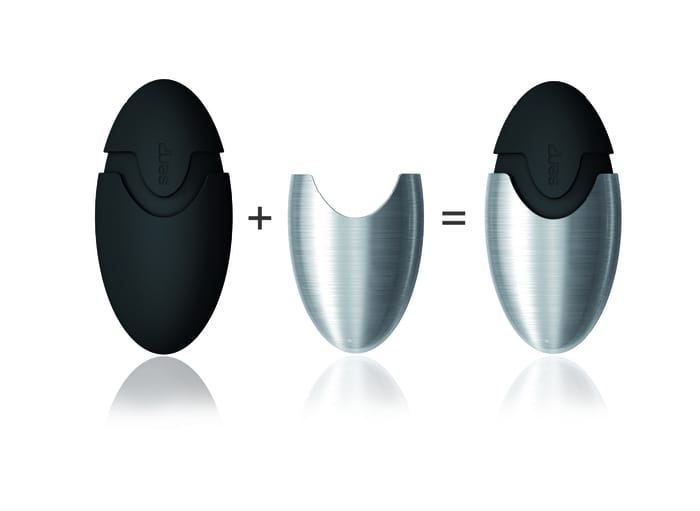 How many different designs and colors do you offer? Do we combine different colors on the same sen7?

We started with six colours. In the meantime, we have maybe 30 different colours and finishings. And yes, if you have at least two of the sen7 classic, you can mix two colours, just up to your taste.

How could you describe sen7 with only one sentence?

Wherever, whenever: sen7 is your loyal companion, handy and made for everyday life. 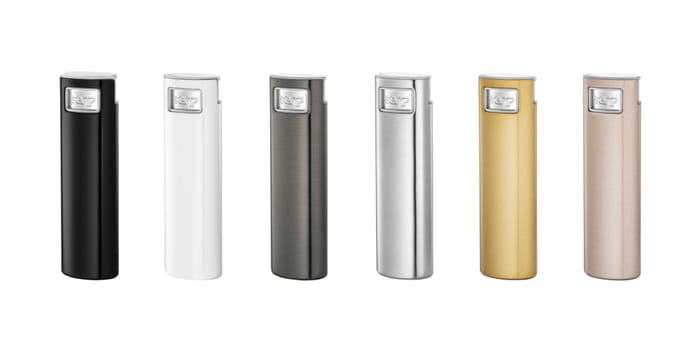 Do you participate in trade shows for introducing sen7 to retailers and wholesalers? What do you think about the efficiency of trade shows in this online era?

Yes, we do or did participate in various trade shows, such as the TFWA in Cannes, the Luxepack in Monaco or the Cosmoprof in Bologna.

It seems trade shows are not that important anymore as one can easily get and spread information through the world wide web. 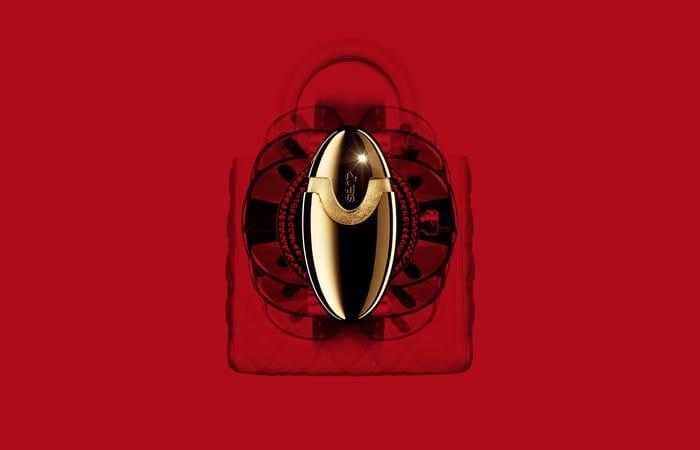 What do you think about using social media for marketing? How do you use it for sen7? How can our readers follow sen7?

Social media is inevitable nowadays, though we did now push that too much in the past. We are working with bloggers, planning a new campaign on facebook currently, and most importantly, we have a collaboration with the biggest vlogger for perfume in the world, Jeremy Fragrance. He has almost one million followers on youtube, and through his channels, the word about sen7 is spread perfectly. He is a heavy perfume user and a perfect ambassador for us.

How can our readers buy sen7? Do you have a worldwide delivery option?

We have a huge number of retailers in many countries, which are too many to list up here, but we also deliver worldwide the orders placed on our webshop www.sen7.com

But we are also still looking for distributors for sen7 in various countries, to make buying sen7 even more comfortable. What is next for you and sen7?

A new model will be presented on the Cosmoprof in March next year, and I look forward to having it in our collection. But we are currently also working on three OEM projects with world-famous perfume houses which I’m not allowed to name here, that’s s top secret...

I want people to ask themselves one question before they leave the house: do I have my keys, my smartphone and my sen7 with me?

Thank you Karl for your time.